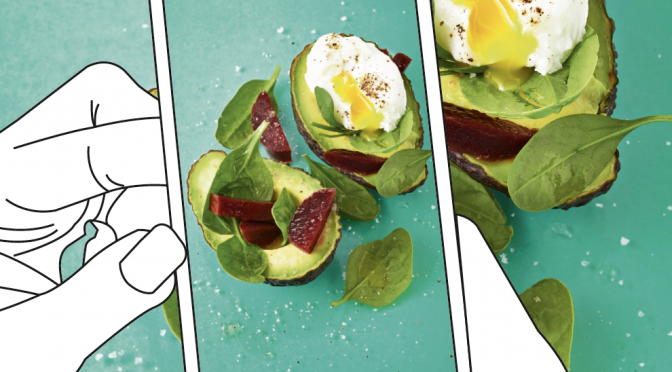 What is the collective noun for a group of chefs? A brigade, apparently. So, it was a brigade of top-ranked chefs in the world — all of who have restaurants in Dubai — who got together for a discussion on the present scenario and future of food.

Peruvian culinary impresario Virgilio Martinez of Chef’s Table fame, Michelin-starred English chef brothers Jeff and Chris Galvin, and Boston-based chef-restaurateur-business partners Jamie Bissonette and Ken Oringer. The chefs, who collectively own the restaurants Lima, Demoiselle, Galvin and Toro + Ko, all located on City Walk, were in town to host and cook for a special gastronomy event — the ‘Urban Jungle’ — with flavours drawn from across the world.

One of the most bountiful cities for the food business, Dubai has around 8,000 eating joints and is well on its way to becoming one of the world’s top culinary destinations.

Martinez says 40 new restaurants open here every month. The Galvins add that a city’s dining-out cred can be measured by the number of meals eaten out per head, per week. Even in a culinary capital like London, people eat out just over once a week. In Dubai, folks eat out multiple times a week.

American chefs Bissonette and Oringer agree that in Dubai, there’s no limit to sourcing the best ingredients from anywhere in the world, which means everything is possible and even expected here. Martinez, for instance, says he brings in unique foodstuff from his homeland (think potatoes grown at an altitude of 4,000 metres up in the mountains), and he gets to pick the best fish and sea urchins from Japan for his restaurant. This, he says, “is just brilliant.”

So, how does a transient population and the presence of 200 nationalities affect the dining scene? Cities like Paris, San Sebastian, Singapore, Mexico City and Lima thrive on their own, local culinary identity. But Dubai — still a new place for food — is more “growable and playful,” so concepts and innovation are welcome here.

Another aspect that stands out for these brains in the business is how lively restaurants in Dubai are. There’s almost always music and a lively buzz, getting residents to step out for a meal not so much for the food as they do for the experience. The restaurants here are, thus, representative of the city itself.

Peruvian food has been a thing here in Dubai for the last few years. Martinez puts it down to the use of simple, familiar and relatable ingredients — tomatoes, potatoes, corn — into unexpected dishes. The food, though traditional, adapts itself to modernity. Take Nobu, the restaurant that popularised the cuisine by fusing it with Japanese. But Peruvian is on its way out, the chef points out. It’ll still be around and popular, but not on the upswing.

Speaking of fads, one that gets all the chefs eyes rolling is the global avocado avocation. The thing is, they’re very tasty, delicious and full of healthy fat content. But their being ubiquitous on social media meant the oversaturation was inevitable. The chefs have even seen entire restaurant menus of avocados, which they find extreme. Avocado on toast, now an Insta-favourite, was a dish Martinez’s grandmother would whip up.

And though avocado, quinoa, kale etc. don’t seem to be going off restaurant menus any time soon, Martinez thinks a lot of fruits and ingredients have the potential to become the next big thing.

What about social media itself? Has it changed the way chefs cook, and how people discover and eat food? Every chef worth his salt wants to make his or her dish Instagrammable. But there are two sides to this. The American duo agree it’s a refreshing change from back in the ’90s, when they’d have to fly or drive across the country to study new foods and trends. Now, it’s available on your smartphone.

What’s the ‘but’? They miss the days it was solely about how good the chef was. Bissonette and Oringer laugh about young trainee chefs “learning” how to cook Peking duck after watching 15-minute YouTube videos. This crown jewel of Chinese food traditionally had chefs training for years, often decades, to be considered qualified to prepare it. “Let’s just say, I liked it better when cooks collected cookbooks, not Instagram photos,” quips Bissonette.

If it’s not going away anytime soon, why not embrace it? The chefs say “social knowledge” about food is great from the diners’ perspective. Educating them about new ingredients, techniques, and tempting them to try new dishes like dinosaur toes (seafood: goose barnacles) and posting those offbeat items on social media is all very well. And people will come in asking for it.

But social media has also diluted the power of the restaurant industry in many ways. People don’t read reviews in the paper or magazines anymore. They go by what their favourite influencer recommends.

What’s next, though? In London, classical French cuisine is making a comeback. And the US is seeing a rise in regional and ethnic cuisines, like food from a particular part of Thailand or one of China’s provinces. You’re starting to see microcosms of what true food is, from different parts of the world, the interiors and the countryside. That could very well happen in the UAE too.

But back to the social aspect. Diners in Dubai are increasingly enjoying personal, entertaining, engaging and interactive tableside experiences, especially curated for them. It goes beyond flambéed dishes or melting desserts. It makes a difference when the staff explains the nitty gritties of the menu, the point of origin of ingredients. This contributes towards creating a theatrical dining experience.

People want this also in part due to the popularity of TV shows and documentaries like MasterChef and Chef’s Table, which took the understanding and fascination around food to a new level. Chefs say that just seeing that energy and people embracing the job with so much passion is a real pleasure. And in the end, people don’t just remember the ceviche or the lobster, they remember the people and a dining experience. And that’s what they go back for.

Mary wants to think less and write more. She thinks the subtext is cooler