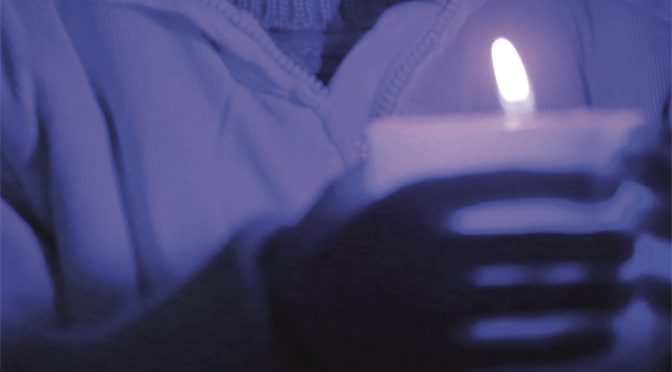 The year was 2009 and Coldplay was in Abu Dhabi for their first concert in the UAE. I was singing along to the hit track Violet Hill when the arena’s lights went out. Coldplay was marking Earth Hour. They had requested the organisers to switch off the lights for five minutes. Phone screens lit up the venue.

Adhering to the WWF initiative, the band sent out a message that action needs to be taken to protect the planet. The total carbon footprint of their concert at Emirates Palace was 600 tonnes of carbon dioxide. And since the band wanted to be entirely carbon neutral, to offset the footprint, they helped fund a wind farm in New Zealand.

That evening at the concert was the first time I (unknowingly) participated in Earth Hour. It had a deep impact on me and I have kept the tradition alive.

Going green doesn’t just involve taking stairs, recycling or buying organic; it means adopting a green lifestyle. I use LED bulbs. I don’t use the hair dryer. I drink water in glass bottles, try to avoid printouts and have tried to curb my meat consumption. Along the way, I have had some help from apps such as my DEWA app that tracks my home’s electricity and water consumption as well as the carbon footprint (it’s currently 269kg CO2e) and offers smart tips on how to conserve more. My friends think I am a bit cuckoo for constantly tracking my carbon footprint and taking a cloth bag to the supermarket, but some of them have at least started serious discussions on the topic and are keen to do more.

Mum helps a lot with the indoor garden and proudly shows off the results to people who visit. Some years back, on a trip to the Satwa plant market, we picked up soil mixture, mould, sand rosebuds as well as handy tips from the vendor on how to grow an indoor garden. We saw our results blossom after a couple of weeks. Since then we have tried growing tomato, basil and lavender and plan to try jasmine next.

Coming back to Earth Hour, in 2015, a friend hosted a ‘fade out’ party on Earth Hour. To mark the day the gang dressed up in bright green colours and ironically binged on the original Star Trek series.

My family tries to make it a ritual to leave our computers, mobile phones and tablets for that hour and take a walk in our neighbourhood. It’s inspiring to see people coming together and uniting for mother Earth.

We need to educate future generations about reducing their carbon footprint. Climate change is real.

The first Earth Hour took place in Sydney in 2007 and has grown into a global event that aims to inspire millions of people to take a pledge to create a sustainable environment. The WWF keeps highlighting what we are up against.

Dubai-based marketing professional Vasanth Benjamin says, “Instead of parking and knowledge fees, ban plastic bags. Encourage people to use cloth or paper bags and recycle plastic bottles. We copy so much from European countries, let’s copy this too, to save the environment.”

Thanks to Earth Hour, the first step has been taken. Activists push for environmentally friendly laws and have created crowd-funding initiatives. The theme of Earth Hour 2018 is fitting as it attempts to highlight the importance of biodiversity as it declines at an unprecedented rate globally.

Ras Al Khaimah-resident Sandhya V, a homemaker, likes the idea of Earth Hour but wonders how many are even aware of it. “I switch off the lights and go for a walk. But I’ve noticed that a lot of buildings still keep their lights and even the sprinklers on! I wonder if I am the only person observing Earth Hour! I do feel more initiatives are needed to create awareness.”

For this evening, DEWA, and the Environment and Protected Areas Authority — Sharjah have partnered with EWS-WWF to host walkathons under the theme “Walk the Talk” at Marasi Promenade, Business Bay, Dubai and at Al Majaz Waterfront, Sharjah. Let’s show up at these events, to play a part in protecting the planet. We could, at the very least, turn the lights off for an hour.