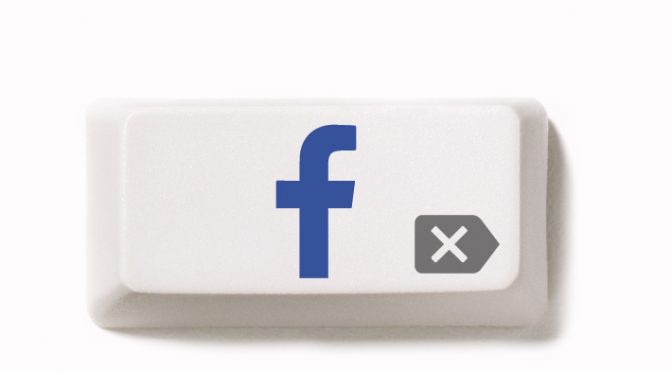 So, Elon Musk has actually gone ahead and deleted the Facebook pages of Tesla Motors and SpaceX. Good for him. Great for them. Them who? Tesla and Space X, that’s who. And before you ask, it’s because Tesla and SpaceX haven’t really exited Planet Facebook. They’ve just vacated one of the houses they occupied (sure, get onto Facebook and search ’em out before reading further).

Happy? So, they’re very much there, in all their glory, minus the blue tick-marks. And by claiming that his brands will exit Facebook, he did get a lot of likes (19K) and retweets (3.4K). Of course, he got substantially more love when he asked ‘What’s Facebook?’ (49K and 14K, respectively) in response to WhatsApp co-founder @BrianActon’s famous ‘It is time. #deletefacebook’ tweet.

We’re still talking about Elon’s brands here and elsewhere in the media — and that can only be good for Musk & Co, right? The original pages are definitely gone. Dead. Long live the, well, ‘first copy’ pages. Musk may have made a statement by deleting the pages, but what’s the point? His brands remain on Facebook, and Elon Musk himself remains active on Instagram.

As the #DeleteFacebook campaign gains traction, it may be worth getting a little bit of perspective.

There’s no denying that @Facebook did a terrible, terrible thing by allowing the likes of Cambridge Analytica access to data on 50 million Americans and therefore influenced the results of the Presidential elections. Look where it has landed them.

A disclaimer here: this piece is not in defence of Facebook. At all. It may, however, open a larger can of worms.

Is it just Facebook that’s prone to such manipulations? Or is the entire social media ecosystem, in some way or another, susceptible to data-mining and therefore vulnerable to such hacks? And why just social media or new media — is traditional media impervious to propaganda?

Facebook uses algorithms to analyse our patterns, observing like a hawk what elicits an emotional response from us (like, comment, share, etc.). And once it believes it has mapped us out, it continues to feed us more of the same. And we, like incorrigible chocoholics addicted to a daily dose of the delicious sugar-fat combo, keep consuming and reacting to such content.

Others in the digital domain may not be doing things too differently. Google does the same. It tags geolocations, a user’s past search history, artificial intelligence and deep learning to display personalised search results for logged-in users, irrespective of their device. So if I prefer and click on links thrown up by a particular local vendor — say Souq — over the others in a handful of product searches, it will reprioritise my future searches with Souq results showing up front and the others stacked lower in the pecking order.

To be fair, the small grocer at the end of the lane in the Delhi neighbourhood I grew up in, did the same. In the morning, he would keep milk cartons, eggs and bread right up in the front of his small shop. Convenience, yes. But the more expensive brands were right in front and within arm’s reach. The more affordable ones were in the back or stacked higher up on the shelves. The same routine would play out in the evening. Snacks of all sorts right up there, with the more expensive ones lined up ahead of the others. That was his game.

Now, with AI, machine learning, algorithms and the like, that game has taken a whole new size, scope and meaning. But the basics of the game remain the same — to nudge us into making decisions influenced by our surroundings and immediate environment. Like using the smell of freshly baked bread to attract customers, egging them into impulse buying. They’ve been doing it for ages now.

That isn’t the problem. Let’s face it. We’re addicted to the digital chocolate. We need to break out of the cycle. Intense cravings should not be ignored. We must detox. But #DeleteChocolate can’t be a  cure. Like any other addiction, we must identify the symptoms, the root cause and address what it stems from. We’re talking about Facebook here. #DeleteFacebook can’t be a cure. Sure, stay away from the social media noise for as long as you wish to (and can). That’s digital detox for you.

But avoid it altogether, forever? I mean, c’mon.

What about the time when Facebook helps us check on our loved ones in times of crisis — the Facebook Safety Check? And let’s not forget, millions of people in countries like India, the Philippines and Brazil put Facebook to good use — the cottage industry uses it to scout for customers and suppliers, grandparents use it for connecting with their grandchildren, individuals use it for transferring money minus the middleman… there are many examples.

Facebook, like Google, Amazon, Twitter, LinkedIn and others, is a mere tool for data collection. The core issue is the use — actually, misuse — of that data. Let’s address that. Let’s insist on government regulations for the use of our data.

Regulatory interventions helped stabilise the financial crisis of 2008-09. The financial world learnt from it — and is better off today in terms of checks and balances that have been brought in to ensure that financial gimmickry isn’t allowed to be played out for so long without being detected and addressed. The same may be needed for big data. Today, it’s Facebook misusing our data. Tomorrow, it could be another app. Deleting one or several apps may not necessarily be a long-term solution.

Let’s address our own addiction and ensure we do not gorge (read: share) too much — and let’s set our privacy options to the highest possible instead of the default settings. Let’s also insist on governments putting in place regulation to address possible misuse of our data. And let sovereign governments regulate Facebook and other social media platforms like they would any other media company operating out of their respective soils.

If it still doesn’t work, sure, go ahead and #DeleteFacebook. But what will that change?