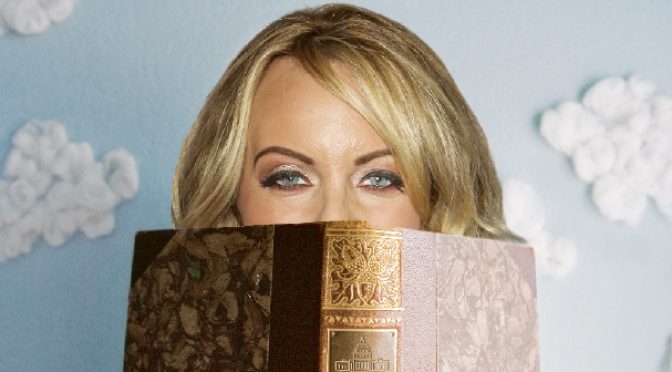 Opportunistic piffle, obviously. The whole Stormy Daniels saga. It’s quite tempting to dismiss an adult film actor and director, who, people are noting has the rare ability in the industry, “to control her own narrative.” On the morality spectrum, however, I find myself increasingly ambivalent as I get older. And wiser, presumably.

On Donald Trump, let’s not talk about all the things he has allegedly said or done. If we stick to the facts — recordings, changing room boys banter, grabby bravura et al, there is enough ammo to level him.

Let us instead, talk about POTUS, only the most powerful office in the world. After the methodical process of Robert Mueller’s approach in parting the red sea, it remains to be seen which force will be vanquished in the investigation of Russian meddling in the US elections in 2016. And if there was any collusion on the part of the Trump bandwagon. An enormous allegation, huge accountability, and yet, it is reduced to backroom fodder for gleeful tabloids. In fact, some of the chortling is around the fact that Putin and Stormy are the only two subjects that Trump with his twitchy Twitter trigger-finger has been reticent sharing information about, on social media.

Stephanie Clifford who now goes by the name Stormy Daniels claims to have had an affair with Donald Trump starting in 2006, and ending some time in 2007. That would have been after Melania Trump gave birth to their son, Barron. Trump associates have denied the affair, and Stormy says she was threatened by a “goon”. The lady is miffed and has taken Trump’s attorney Michael Cohen to court for defamation for suggesting that she is a liar. She wishes to hand back the $130,000 “hush money” given to her before the 2016 elections, thereby ‘unmuzzling’ herself in order to tell her own story. Controlling her narrative, it would appear!

Most recently, a former Playboy model Karen McDougal has claimed that she had a 10-month affair with Trump. She has also gone to court …

So. Here are the numbers: During last Sunday’s broadcast, 22 million people watched Stormy Daniels live on 60 Minutes, in an interview with Anderson Cooper. That’s a mite more than the 20 million who watched Trump after he won the presidency, according to Nielsen’s ratings numbers. Realistically, that number should be rising in the second wave of viewership from those who missed out the first time around.

“Were you physically attracted to him?” asks Anderson Cooper on CBS’s 60 Minutes.

“No,” comes the response, in no uncertain terms. Stormy clarifies, though, that she is not a victim. Consensual is the word we are looking at. She was 28 years old, he was 60. She said during the interview that she is not sure why she went ahead with her first encounter. Again, her explanation is not “attraction” quite, more like “fascination”. We could venture a guess that some of that could have been due to the fact that he dangled the veritable carrot of an appearance/participation in the then-popular show, The Apprentice.

Go back some 55 years or so, John F. Kennedy’s dalliances are legendary and Marilyn Monroe apparently had secret assignations with the same office. Her very breathy rendition of Happy birthday, Mr President set imaginations and hearts on fire. And tore up Jacqueline Kennedy. The wife.

Not too long ago, Bill Clinton gave in to temptation while in office — quite literally — and the intern, Monica Lewinsky, had her life splashed across practically every publication in the world. Between 1995 and 2018, the lewdness quotient has become quite tame. Life has not reached even keel decades after her contretemps, although it appears that she had to knit her way out of the public spotlight. The Lewinsky story was a ‘scandal,’ but Trump’s liaisons are almost ho hum.

The New York Times has quoted film director Judd Apatow who has this to say about Stormy Daniels, “She is not someone to be underestimated.” Apatow directed her in two movies, Knocked Up and The 40-Year Old Virgin, and describes the actor: “She was a very serious businesswoman and a filmmaker and had taken the reins of her career.” Could she take a chunk out of Trump is the question that drives much of the interest in this hoo-ha.

Our girl Stormy has even taken a page out of the political book of Cicciolina (Ilona Staller), another famous adult movie star originally from Hungary, who put her people power to good use, and won a ticket to the Italian Parliament. In this case, an unsuccessful senate run for Louisiana put Stormy Daniels in the public eye.

A good chunk of managing the narrative henceforth will be to milk the attention, as she is doing, with dances, performances, appearances, all at a somewhat elevated ticket price. That, basically, looks like sound business practice.

We may like to focus on the hypocrisy of public statement and private action, which is something Stormy refers to in her interview with Cooper. It would be so much better if the President of the US came forth and said that he is what people claim he is. And that it has nothing to do with his effectiveness in office.

Go ahead, Mr President. The world has changed and it’s okay to be bad. So long as you do good. The bigger moral question is his back-peddling on the Paris accord and his bringing approbation to an office that has been an inspiration for democracies around the world.