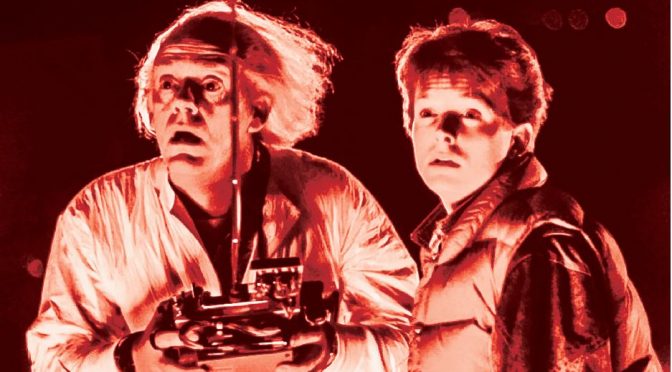 You can tell who a person is by his or her interests. Interests are insight, unspoken introductions. And for the socially awkward, we’ve come up with ways to make this more efficient. Case in point, I’d like to introduce myself using a film — Back to the Future.I saw the first Back to the Future in the early ’90s on a late-night rerun. The film was my first brush with iconic cars. As a young boy, I was amazed as Doc Brown’s DeLorean Time Machine travelled 88 miles an hour and blasted a hole through time in a flash of light, leaving a trail of fire in its wake — a trail of fire.

Doc’s Time Machine was unlike any other car that graced the silver screen. It is a pillar of pop culture. Now, time travel, as you might already know, occurs at 88 miles an hour and it happens inside a garage-modified, stainless steel wedge that runs on plutonium (or trash) that can also fly.

H.G. Wells might have first conceived the idea of a time machine but to quote Doc Brown: The way I see it, if you’re gonna build a time machine into a car, why not do it with some style?

When the film became a series — spawning two direct sequels, the car evolved as well. When they travel to 2015 in the second film (more on this below), the DeLorean can fly and it now ran using recycled materials. In the third film, it had vintage white wall tyres, and even cast-iron train wheels. In a way, the car was a reflection of America. And the films, Americana on a platter.

The films take place in the town of Hill Valley. As Doc and Marty travel through time, their surroundings not only change but reflect the sociocultural vibe in America. When Marty jumped to 1955 in the first film, black people were looked down upon and cars were chrome-laden behemoths. In the 2015 segment of the film, cars flew, holograms were a thing and kids had hoverboards. These technological marvels reflected the ’80s fascination with the future at the time of the film’s release propagated by other shows such as The Jetsons. The 1885 segment in the third movie was an obvious nod to spaghetti westerns, train robbers, and of course, Clint Eastwood.

The film’s version of the year had flying cars, hoverboards, holograms, instantaneous food, self-lacing sneakers, robot waiters, and a couple more tech marvels. Our version of 2015 had no flying cars, a sorry excuse for a hoverboard (which also reportedly caught fire), no self-lacing sneakers (Nike said they’re working on it), and Trump campaigning as president — the latter reflecting Doc’s disdain when Marty proclaims that Reagan was president in 1985.

But since this story is also an introduction to myself, let’s go back to 1955 as portrayed in the first film.

Since first seeing the film as a boy, I’ve come to re-watch the whole series a couple of times. It was during one of these re-watching sessions when I discovered my love for rock n’ roll in the form of Marty’s take on the Chuck Berry’s Johnny B. Goode. While the original can hold its own, Marty’s version of the rock standard is one of the soundtracks of my childhood. Armed with a red Gibson archtop, he narrated the tale of a boy from New Orleans that can play the guitar like no other. Oh, and fun fact — according to the film, it was Marty who gave the idea for the song to Chuck.

It was just one of those songs that did what it said on the tin — rock n’roll. When you heard the first few riffs alone, it was enough to get you rocking and rolling. Whether it was Chuck himself or Marty, I bopped to the beat of an actual musical instrument being turned into a messenger of good vibes — compare that to the computer generated, electro, thingamabob some of the younger slice of the populace enjoy nowadays.

But let’s not turn this into a drivel about the olden days versus the modern era. Going back to my original point, if I had to introduce myself at some point, I’d point to these three films, the first one above all. The original Back to the Future is a film about the American nostalgia, rock ‘n’ roll, and a car that blitzes through time while looking great. And while Doc Brown aspired to live the rest of his days back in the American West in 1885, I for one would love to stay in the lively American spirit of good old 1955.

Keith is an Asian chap infatuated with Americana