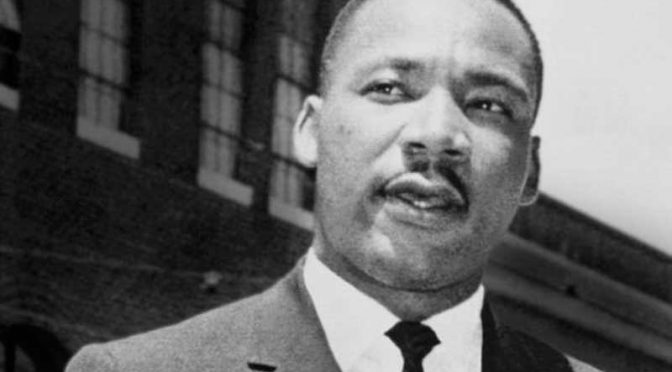 The Korean receptionist at the hotel in Atlanta was so nonplussed by my first question that she refused to take her eyes off me. For a moment, I wondered if my query contained blasphemous slang. I replayed it hesitantly.

“Could you please guide me to The Bluff?”

“Are you sure that’s the place you want to go to?”

“Yes, I want to see a Black neighbourhood.”

“In my three years here, I have never been to the place. Not advisable.”

“Oh, OK. Forget about The Bluff. Could you tell me how to reach Martin Luther King’s birthplace?”

Equally baffled by the second question, the girl disappeared into the backroom and brought with her a diminutive lady who looked like the nanny from Gone with the Wind.

“Ma’am, would you have any idea how I could get to Martin Luther King’s house?”

More stupefied than disappointed, I settled back into a couch in the lobby. The hotel driver gauged my mood and offered help.

“Sir, I will drop you back at the airport from where you can take a MARTA train to Five Points. Change to the Blue or Green Line and get off at the third station.”

Having said that in one breath, he flipped his coat lapel to show me a hidden treasure: two portrait buttons pinned to the fabric had the smiling faces of King and Gandhi.

I followed his route map and got off at King Memorial. There was a small bus stand below the elevated train platform that overlooks the historic Oakland Cemetery. It wore a deserted look, except for a bus and a couple waiting for another bus. Dr King was alien to them. Maybe the driver in the bus could shed some light.

“It’s not on my route, gentleman. Maybe you can board and we’ll see on the way.”

I knew that was not the right way to go about it, so I crossed Decatur Street to the north and approached a passerby who said: “Follow me, turn left to Jackson Street and keep walking. It’s somewhere there.”

The walk through an empty Jackson Street was spooky, with guys driving pick-ups slowing down to taunt me. There was no Ebenezer Baptist Church in sight. My throat was dry as I entered the Exxon station at the Edgewood Avenue crossroad.

A cashier stood behind the counter fortified like a garrison. Paying for a drink through a pigeon hole, I asked about the Ebenezer church.

“Couple of blocks ahead on your right.”

There I was, finally, at the Ebenezer Baptist Church, spiritual home to Dr Martin Luther King Jr and many members of the ‘Sweet Auburn’ community.

My heart pounded as I stood outside the restored building, ignoring a couple of boys taunting me from the lawns of the National Historical Park opposite the church. As I stepped inside, my fear dissipated.

Dr King stood at the pulpit, preaching to an empty hall. I imagined he took a break, looked into my eyes, and said: “The Indian pilgrim has finally arrived. Aren’t you late?”

“My party never mentioned you. You were not a topic in Marxism classes. We had Fidel and Che,” I said, as I slid into the pew and sat in contemplation.

“I can smell the sin on your breath. Are the Reds still killing in Kerala?”

“The Reds needed to kill millions to sway millions. I did it with love and words. So did Gandhi.”

“They killed, and Russia still is in shambles. You and your Indian ego preached peace, still you shed blood. Peace has failed to be an agent of change. The Blacks and the Dalits are still in a sinkhole of poverty. So how does it matter what path you choose?”

The king of oratory was at a loss for words. He came down from the pulpit and walked towards the door. Tears streamed down his face “This is not the Atlanta… this is not the Georgia… this is not the America I had dreamed of. A Black man in the White House didn’t make a difference to The Black Man.”

Out in the sunshine pouring into Auburn Avenue that cuts through the historic African-American neighbourhood, Dr King took my hand and said, “Let’s chase the wind. I’ll show you my home. Run, run. This is how I ran around here as a child.”

We ran past the National Historical Park, the King Centre, the eternal flame and the grave site. We darted past the Historic Fire Station, and leaped over the shrubbery around 501 Auburn Avenue.

“This is where I was born and brought up. This house was bought by my maternal grandparents in 1909,” he said as we landed on the front porch. “You know something? I was a normal kid who had a typical childhood: busy with school and church activities, family gatherings, going to the library and running down to shop. Then to change lives, I changed.”

Tiptoeing into the entrance hall and parlour on the left, he explained how the family entertained guests, held church meetings and conducted choir rehearsals. “I helped serve refreshments after rehearsals,” he remembered. Moving past the study, where the family played games and listened to gospel music on the radio, Dr King cleared his throat to boast of his talent: “Did you know I was the family Monopoly champ?”

“Hey, look to the left. The dining room. Before eating the scrumptious meal on the table, we needed to recite from the Bible. We cheated by reading the shortest verses. Oh, boy! Daddy wanted to know what we did during the day. We talked about life at school and the adults talked about events at the church, in the community, and around the world. It was like a parliament with everyone asking questions and giving their opinions.”

He dragged me into the next room, pausing to close his eyes and sniff the air. “Can you smell the sausages frying and the coffee? This was my favourite place. While grandma Jennie did much of the cooking, I did much of the sampling. She was so special to me,” he reminisced.

On the second floor, we hopped from the guest room to his parents’ bedroom where he and his two siblings were born; the boys’ bedroom was shared by Dr King and his brother. Their sister Christine’s room was originally their mother’s when she was a child. “My room was always a mess, with clothes, shoes and toys scattered around. There were lots of books, too, as I loved to read,” he said.

“Hey, what are you doing?” I shouted as he slid down the banister.

“Listen, I wouldn’t have done it differently. I am a Gandhian,” Dr King said, as he waved to me from the stone steps of his house. From the Fire Station crossroad, I looked back to catch another glimpse when he cried: “I still have a dream today.”

His sepulchral voice echoed in Sweet Auburn and beyond.