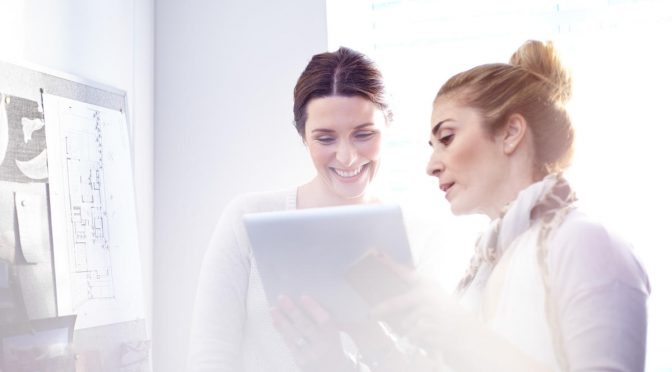 My friend has been on the lookout for a job recently. She’s 36 and wants a change. During a meeting with an employment agency in London, she was told her ‘status’ as a single professional with no kids was beneficial to her application.

Bearing in mind she was on the hunt for a job, she refrained from lunging across the table at him. Instead, it was me who got the ear bashing. And boy did she vent.

Though the consultant didn’t say it outright, she got the impression he thought ‘36 with no kids’ meant no kids for life. An applicant offering no threat of maternity leave would be attractive for employers. Again, he didn’t say that but it was what he was alluding to (so she says).

His remarks were innocent; ignorant but innocent, and yet, she was fuming. It wasn’t her strong resume that stood her on a good footing for a job. Those four years spent at university followed by a decade of work experience didn’t matter either. It was her “inability” (her words not mine) to start a family that turned out to be the golden ticket to a dream job.

Nowadays, women — the ‘childless in their 30s’ ones — are no stranger to the ‘when are you having kids?’ question. There’s rarely applause for the efforts they’re making to be self-dependent without having to be the responsibility of someone else. It’s their lack of effort to procreate that gets all the attention.

I’ve had the finger pointed at me too. During a trip back to the UK a few years ago, a relative questioned if I was going through an early mid-life crisis. As a 30-year-old with no significant other and no brood to speak of, she found it odd; she being a 24-year-old married mother-of-one. Like my friend above, I refrained from vocalising my inner rant in response to a stupid question. Instead, I smiled, nodded and laughed it off.

Finding my friend’s recent outburst quite comical (but understandable because I’d been there before), I relayed the whole scenario to my friend; he’s a guy around the same age as her. Expecting him to laugh along with me, his reaction was surprising.

As a brother of four — him being the second youngest — he thought having two older siblings with kids would be his get-out clause for the dreaded question. He was wrong. He gets it from every corner; his mother, father and aunt being the main culprits. “She’s got grandkids already,” he told me. ‘She’ being his mother. “Shouldn’t that be enough?”

It seems men aren’t immune to these repetitive quips about life on the other side of the ‘settling down’ tracks either.

Unlike women, his biological clock isn’t ticking; time isn’t a pressing issue as far as he is concerned. Yet it seems to be a concern for all around him.

Millennials are making a considered choice to grow up more slowly. It’s not because they’re hopeless or useless at commitment. Many are choosing to put parenthood off until they’re ready. Some may never be ready. It’s really not that crazy a notion.

Yes, leaving it too late may carry with it the risk of family life never happening, but why not applaud them/us for being risk-takers? Let’s move away from treating ‘in your 30s with no kids’ as shocking; it’s archaic and outdated.

Sweeping demographic shifts have taken place over the last few decades. People in their teens, 20s, and evidently, their 30s, are living differently from previous generations. That is not a bad thing. People evolve, things evolve — that is what happens in life.

While deciding to pen this column, I began searching for similar takes on the subject from writers, authors and bloggers online. Some went on a tirade, but others took a more practical approach to how different life is now, to then.

The overall consensus is that people need to accept this shift in roles. Today’s generation is choosing to take longer to get married, buy homes and become parents because they’re simply not there yet. Some even admit that they don’t want to get there.

Then I came across a study called ‘Emerging Adulthood’ by Jeffrey Arnett, a lecturer at the University of Maryland College Park. It focuses primarily on life in the late teen years through to the 20s, but I think it is hugely relevant to the 30-somethings too.

It was a quote from one of his subjects, Kristen, that intrigued me. And it’s this quote (albeit a little wordy), that sums up my thoughts on life as I know it.

“When our mothers were our age, they were engaged/married. They at least had some idea what they were going to do with their lives. I, on the other hand have no ring on my finger and no idea who I am, much less what I want to do. Under duress, I will admit that this is a pretty exciting time. Sometimes, when I look out across the wide expanse that is my future, I can see beyond the void. I realise that having nothing ahead to count on means I now have to count on myself; that having no direction means forging one of my own.”

So in answer to your question, when am I going to have kids? The answer is: I have no idea. But guess what folks, that’s the new norm.