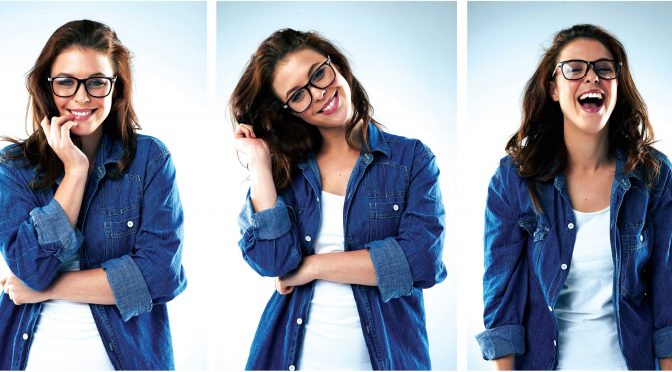 About a year ago, I began to intentionally wear the same sequence of outfits at work.

There’s the white and black polka dot top; the grey and black over sized tee, and the black vest top with an olive green over-shirt. I have that one woman’s wardrobe essential too; a bucket full of black leggings.

Plonked in front of a computer for most of the day, those leggings are my secret weapon. They’re comfortable, breathable, and can be paired with almost any style.

If you mentioned the words ‘black leggings’ to me back in my twenties, I’d be hit with one image; an overweight cat lady with nothing but a TV to keep her company (think Golden Hawn before her glamorous transformation in the film Death Becomes Her).

But today, at the age of 32, it’s become a token item in my work wardrobe.

I found it exhausting trawling through my closet every day looking for something different to wear to work. I’d leave my house in the same state every morning: wardrobe doors ajar, dresses hanging off hangers and cast-aside outfits littering my dressing table and sofa. Searching for that ‘right look’ became draining. And what zapped my energy even more was the reality of having to come home to the same image after hours in office; an apartment chock-full of rejected outfits strewn across my studio.

To put some meat into my argument, my decision to rotate my work wardrobe with the same set of clothes came from a place of practicality. It wasn’t a case of giving up; it was more a case of putting two fingers up to this need to give in to societal norms — especially in a city which thrives on aesthetics.

Let’s face it, we’re not shy of the try hards here in Dubai; and by try hards I mean those that would sacrifice understated comfort for painstakingly curated (and painful) style.

I’ve seen the women who wear five-inch heels to the office; the men who don a skin-tight, three-piece suit to work. All I can think is, ‘how, and why?’

When I took a step back, I realised most of us are trained to look for a new outfit every morning — I was no exception. I used to do it; I used to loathe it.

These societal norms are potent influencers in our lives, and they began to weigh heavily on me. Repetition was a big faux pas when it came to my daily wardrobe raid. The exterior was what mattered.

But I quickly realised that just because designers and fashion houses constantly refresh their ‘looks’ depending on day, week, month and season, it doesn’t mean I have to. And lord knows I’m not blessed with the same budget they have to keep up such appearances (let alone the botheration to do so).

My decision to change things up by not changing anything at all was my act of rebellion. In reality, I was being less revolutionary and more loafing. I was tired of faffing over what to wear so I simply made a choice to stop.

I remember years ago when first interviewing for a job, one article I came across emphasised the importance of looking good. The Degree, the experience, the schmoozing will get you so far, but that first impression, it read, will always remain.

Ten years on, that emphasis means less now. Yes, image gives off a certain air of professionalism when you’re new to a joint, but it quickly fades too. Output is more important than outfit. Make an effort, of course, but there’s no shame in adorning the same outfit twice in one week. I’ve since realised a polka dot top paired with some black leggings, groomed hair and a splash of makeup is fine. It does the job as far as being presentable goes, all without the headache of monotonous decision-making.

Initially, because of that aesthetic conditioning we’re so accustomed to, I imagined everyone would judge me on my recycled outfits. Being in the creative industry, that added to my anxiety.

However, a year into my ‘experiment’, (almost) nobody has mentioned a thing. And funnily enough, that silence has liberated me. It’s put the power back in my hands.

One colleague has made mention (on more than one occasion) of my outfit rotation. And each time I’ve jumped to my defence. What’s the harm in recycling the same pieces, that’s the magic of laundry?

Defence two is the fact that after five years in one office, I know people well enough to not have to care about judgement. If I dress respectably, what does it matter if I wear the same thing or not?

In daily life, we cannot escape decisions; and working for a daily newspaper, deadlines and decisions are what keep the cogs turning. My choice to eliminate that burden of figuring out ‘what not to wear’ is my way of reducing that decision fatigue.

While it might seem small, adopting a more universal uniform is actually providing me with greater decision-making power. I’m conserving my energy for something a little more productive.

So, forget the daily drag of questioning yourself if something is ‘too formal’ or ‘too out there.’ Adopt a work-week uniform. It’s hassle-free and gives you the power to not have to think.