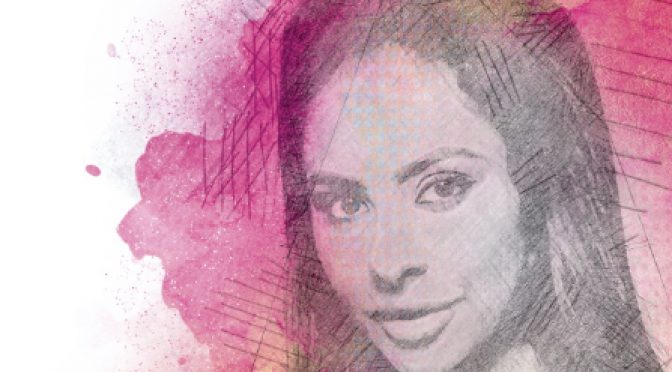 Let’s talk after 10pm, she tells me. Not tonight, maybe tomorrow, I say. The 11am slot I am granted the next morning is not working out — it’s rushed, I feel. So, I call her past 3pm, and she states that I am late, yet consents to speak in 15 minutes after she’s done with an interview. She sounds like a celebrity living the life while setting a scorching pace — the shift from actor to star activist has come at a price. Finally, I get through and her voice is confident, her candour setting the tone for an engaging conversation. She seems to have found new meaning in life, a reason to live and continue the fight for a cause she believes in. And the gloves are clearly off.

“Could you speak slowly in English? I find it hard to understand complex words,” she laughs, half-mocking me. Her honesty is enticing. I’m curious to know more about her, listen to her story with all the patience at my disposal. She sounds confident, relaxed and mature, the spirit indefatigable. She’s unbroken and unyielding after “years of suffering” at the hands of her male colleagues in the Telugu film industry in India, or Tollywood.

For actor Sri Reddy, it’s been hard to come out of her shell, and it hurts as she scans the emotional scars — from the harassment, abuse and exploitation she has endured. To my surprise, I find there is little resentment, hatred or loathing towards those she believes have let her down, but she is unafraid to confront them and their ways. She is not one to let her anguish show, which adds to the appeal of the conversation. I am quickly led to the murky side of the Indian film industry that I knew existed, but never dared explore.

Only the brave venture out there and come out unsoiled, I console myself. That’s when she snaps me to the reality of the casting couch. “It is normal here in the movies, this is the way they (the men) want it and we (women) are expected to be led like goats to the slaughter.” She meant lambs, but I get it — the silence of the lambs. There’s this culture that treats women like dirt, she reveals, “it’s in the system, and we need to flush it out”.

I don’t bother asking her about #MeToo, the online campaign against abuse that had its origins in Hollywood, nor does she care, but she’s busy on WhatsApp groups, rousing folks in her fraternity and outside to action. There are signatures to collect and complaints to make against those who “control” the destinies of thousands of actors and technicians who keep the reels of cinema’s fortunes rolling. “They promise us roles, use us, abuse us and then disappear.’’ This vortex of lust and desire has sucked in many vulnerable victims. “We were forced to play into their hands, but not anymore, at least I’ve had enough,’’ says the actor who garnered attention when she staged a strip-and-sit-in protest in the Indian city of Hyderabad last month.

I ask her why didn’t she complain earlier. Why now, why so late in the day? Isn’t it blackmail, vendetta? “I asked them to mend their ways and treat women artistes with respect. They didn’t listen, I warned them again and they threatened and trolled me.” Did it scare her? “It did, at first. I felt I had lost my dignity as a woman more than as an actor. My semi-nude protest was an attempt to focus the attention of people on rampant harassment that most people don’t talk about in the Indian film industry. I have nothing to lose now,” she says.

She narrates how people spat on her “loose morals”, but what began as a controversy has turned into a scandal that threatens the very foundations of the Indian film industry. The actress alleges leading directors and actors tried to bribe her. “One of them offered me Rs 50 million which I didn’t accept. My cause is dead if I take the money and back off,” says Sri who is convinced it’s her destiny, a calling if you will, to reform the business of movies in India.

Through her Stree Shakti (women’s power) movement that is less than a month old, there is palpable change on the ground. Actors in the industry are speaking about their rights and against the racism and sexual abuse they are subjected to. During a recent meeting, they alleged that directors and producers demand everything from sexual favours to changing their looks through cosmetic surgery. Working conditions for budding actresses is shocking. “We are treated like worms,” they said at the forum.

At the centre of it all, Sri Reddy says she wants to makes Indian cinema a secure world for women. They simply want to do their jobs and live their dreams in a safe place. No leading hero or heroine has come out in open support but Sri has taken it in her stride because she has the “masses on her side”. “They don’t want me to lose, and I won’t let them down.”  Feminist groups, students and professionals are rooting for her though her attention-grabbing and rather unconventional tactics and her stream of expletives-laden comments may have come in for some criticism. When asked about it, she says she’s only speaking her mind and people are free to join her or let her take her chosen path. “So, it’s conventional to treat a woman badly?” she shoots back.

“I came here to become a good actress, now I’m a better activist,” she says. “It’s comforting that some people love me for what I’m doing, for taking a stand.” What about her family? How have they taken her role as a firebrand, controversy’s new love child? For the first time during the conversation, she turns emotional, chokes on her words and says it’s been painful. It’s tough to be forsaken at home. A small-town girl in bad tinsel town who has “gone astray” — it’s been hard on her parents who live in Vijayawada. But the activist in her says she’ll survive, prove them wrong and make them proud. The fight against the might of misogyny will continue despite the challenges. She’s not alone and has galvanised her team of activists for the next phase of the initiative that she plans to take to the national capital. Meanwhile, there are awareness campaigns to run, speeches lined up, and interviews to be given for the cause. The National Human Rights Commission is probing the issue, thanks to her efforts. A special panel in her state is also looking into complaints of harassment in the industry after protests led by her spread.

Sri’s schedule is packed, unlike her years in films when she would hang around for roles that never came her way. Stree Shakti is tackling a core issue that concerns women in films while others have merely skimmed the surface. Women’s power may have finally found an honest voice.