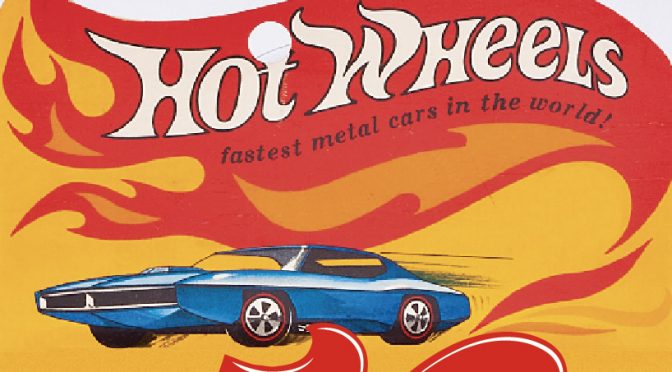 It all started when my parents gave me a Corvette for my birthday.

The metal surface of the car smelled just as a new car should — unadulterated by the smell of the roads it has not been driven on yet. The five-spoke wheels shimmered in their chrome glory; and when you fire up the engine? Oh boy, it goes… it really goes.

Apart from the Corvette, my parents also gave me a ’59 Cadillac for when I felt like slowing down and just cruising around town. The Cadillac was quite the attention grabber. After all, who wouldn’t take notice of a teal-coloured classic with tailfins adorning its back. For added measure, they also gave me two firetrucks — one red and one yellow. Because if the cars inadvertently got caught in an accident in the living room, of course you have to call the fire department.

Those four cars were the first vehicles I owned. From four, that number would cross 150. Suffice it to say that Hot Wheels — among other things —  made me into the car enthusiast I am now.

Fifty years ago, Mattel’s Hot Wheels brand was born. It was the brainchild of Elliot Handler as modified versions of Matchbox die-cast vehicles which looked like ‘everyday’ cars. The first of these custom creations was a blue, hot-rodded Chevrolet Camaro. It was adorned with exhaust pipes on the side, lifted suspension and tires with red stripes on it. An ideal look for when you want to stomp other cars on the drag strip.

From the day of its conception, Hot Wheels gave kids like yours truly their first brush with cars and custom culture. Not only that, you could race them, amass a ton of them, or like I did — make scenarios that would involve a set number of cars.

As a kid, collecting the cars was difficult. Disposable income was nonexistent back then. I remember skipping lunch and scrounging my lunch money to save up 89 Philippine pesos (Dh7 approx) just to get one car. Despite only getting one, I would feel euphoric all the time. Here I was, hungry, lunch money in tow paying for a Ford GT40, a Plymouth Hemi ‘Cuda or whatever muscle car picked my fancy in the toy store.

Every time I would get new acquisitions, they would be pitted against my younger brother’s collection of Japanese cars (My collection is the poster child of American muscle car culture).

We would choose a bunch of cars from our rosters, and ‘race’ on our linoleum ‘drag strip’. Nobody really wins and it always ends with us talking and admiring each other’s collection. Fast forward to now and we’re full-fledged enthusiasts with our respective affinities for the Americans and the Japanese.

Mine is just one of the many Hot Wheels stories around. Hot Wheels has given birth to car loves both boys and girls.

For 50 years, they have given children (and adults) to imagine owning the cars of their dreams without paying a premium for it. In a sense, it reminds us of what we want to eventually own in real life. And racing them? It provides the adrenaline of speed on a budget. Seeing these die-cast cars being raced around living rooms or their own racetracks (also made by Mattel), allowed us to fall in love with our dream cars even more. Because when you think of it, if they’re fast when they’re rolling around the living room, what more when you’re driving the actual one on the road?

Keith collects Hot Wheels cars and hopes to own one someday