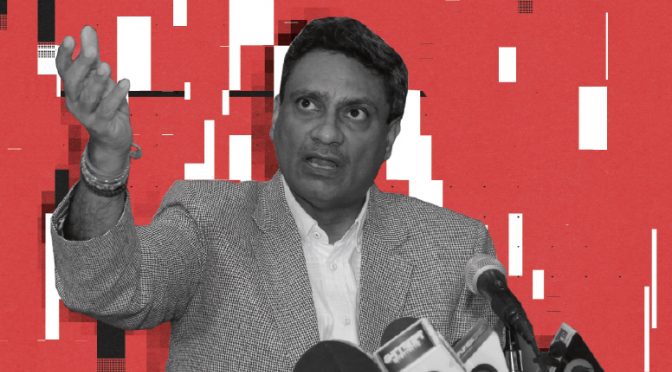 Journalism often reveals inconvenient truths. Recently, an elaborate sting operation in India caught on tape managers and owners of some of the country’s leading media houses willing to endorse an ideology in the garb of news ahead of the 2019 general elections. This is how the sting operation played out: in the guise of Acharya Atal, reporter Pushp Sharma reached out to media houses with a proposition to run content that endorsed Hindutva in exchange for several crores of revenue promised through advertising. The sting operation showed key officials, media managers and owners in elaborate exchanges, planning how the endorsement will be carried out in phases.

Today, Cobrapost’s exposé is a talking point in the Indian media for several reasons. While some view it as an opportunity to dissect all that ails free and fair journalism, there are also reports discrediting the investigation as doctored and distorted, with questions being raised about the medium rather than the message.

Operation 136 has been a definitive inquiry into the state of Indian media. What was the most shocking revelation?

What had you set to find out? And were you able to find what you’d expected?

Our information and anecdotal evidence suggested that this was widespread. Of course, we didn’t know this was endemic. It goes from the junior employees to senior ones. On many occasions, we even met the owners. But if you ask me if I was shocked by the whole thing, well, yes and no!

Given the nature of the taped conversations, you think greed may have preceded ideological leanings?

I think it was a bit of both. All of them were obviously moved by greed. A lot of them insisted that the money come before a particular financial quarter. And they were all waiting for advances — big and small. There were also some who were purely driven by ideology, and money came as good cream.

Did no one attempt to verify the identity of Acharya Atal (Pushp Sharma) or Shri Bhagwat Geeta Prachar Samiti?

You have to give credit to the reporter for that. He really went deep into his character. It is not that people didn’t try and identify his antecedents — many did. For instance, a payment firm’s VP went on questioning him about who he was. So, there was an element of curiosity about him. It was just that the persona of the reporter and how deeply he went into it made it so real.

Instead of approaching editorial professionals, Acharya Atal approached those directly responsible for revenue generation. Could there have been a disconnect — in that, what one was promising might be subject to editorial intervention?

While there has been support for the investigation, many articles also point to journalist Pushp Sharma’s legal history, adding another dimension to the conversation on Operation 136. What do you have to say to that?

The two cases mentioned with regard to the journalist are malicious prosecutions. In fact, in the second one, which relates to the RTI, the forensic reports clear him totally. In that sense, I would take it with a pinch of salt. The publications doing those stories relentlessly are kneecapping the reporter. I wouldn’t take it seriously right now.

We took care of all expenses, subject to an upper limit. We have yet to pay the whole amount as we are capital-pressed right now because of the termination of our Times of India contract, but hope to give the remaining amount soon. The commitment of the reporter can be seen from the fact that he ended up spending more from his own pocket.

Recently, a column in a leading newspaper suggested that the investigation, while revealing, may also deepen “cynical nihilism”. Your take on that line of argument?

Well, journalists are, by nature, cynical beings. We can hardly withhold stories, because people may become cynical and lose trust in the system. That’s the same argument that a lot of corrupt people, who are caught in various scams, will give you at some stage. If there’s a story out there, it has to reach a logical conclusion. We have picked all that is best in western liberal society. There, if a matter gets into the system, it reaches its natural, logical conclusion. Over here, that is not the case.

This investigation has once again raised a conversation on the ethical aspect of sting operations. How can such scepticism be tackled with nuance?

You can have debates about undercover stories as much as you want, but I think this is rather spurious because it’s an old phenomenon in the UK. In India, too, there have been cases supporting it. A number of Indian channels use hidden camera to explore stories. It’s just that Cobrapost gets more attention because it does it (sting operations) with a lot of imagination and there’s a strong element of public interest. Reporters need story angles, and they feel they can chew on the story. You don’t write about the ethics of a particular columnist writing a column, if they have a conflict of interest, or the ethics of certain media organisations with the way they push primetime agendas. It’s undercover journalism that suddenly gets the focus when a powerful story takes off.

What are your thoughts on the way the investigation has been reported in the Indian media? Are smaller media platforms reporting on it more comprehensively?

Well, online media is following it up nicely. I think it will get more traction as more legal action happens. This week, for instance, we moved the court to vacate an injunction that a media house had got against us. (As for) mainstream media, I can see the reasoning behind them not covering it — they are implicated in it.

The investigation also raises questions on a payment company sharing user data. The company has denied it vehemently.

Well, a payment firm’s functionary comments about sharing data with the PMO. The explanation has to be given at his level, not ours. And a mere bland statement denying that is contrary to what he told our reporter.

Are you surprised by the coverage and the reaction the sting has generated, not just in the Indian media, but in the general public? Has the common man been de-sensitised to the nexus between the media and politics?

Well, I have reached an age where I am not really surprised by anything. But I would have thought that the system would take it forward very quickly. Remember how News of the World had to shut down because of one criminal investigation against them? It was a 150-year-old company. In India, a lot of these companies that are licensed by the Information and Broadcasting Ministry, and papers that are licensed by the Registrar of Newspapers for India, are not only promising paid news, but also promising to defame the political opponents of their client. They’re promising to take compensation in cash to pedal a particular ideology. All of these things violate certain laws in India. And I feel the law should take over at some point.