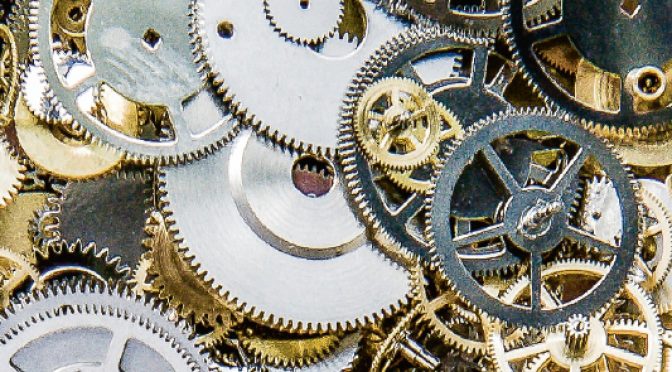 In Japan, time is not just of the essence, it’s been given the exalted status of an art where possibilities are infinite. There’s a creative process in its construction. I get the feeling that it watches (pun intended) over me, never tarrying, as I lumber along after a day out in the sprawling megalopolis that is Tokyo.

There’s beauty in the time that I experience here, a basic faith in its goodness. Jikan, the Japanese word for time, sounds genteel. Seconds, minutes and hours are consumed with delight. A rail company apologises for a train running 20 seconds late.

During my week-long stay in the island nation that is a pioneer in everything tech and doesn’t make a show of its achievements, I am impressed with the way people manage their time. ‘Watch over it and capitalise on the opportunity that it offers you,’ appears to be the mantra.

I’m trying to understand where it stems from. And the word upon me is: respect. The individual and his time are invaluable, and a host of opportunities are derived from the wise management of this precious resource. Respect for a resource is vital for the development of a nation. Recognition ,then comes naturally.

I decide to explore the concept further, and Citizen’s top management is only too pleased to help open my eyes. Japan has some of the leading watch brands in the world. For a self-made watch aficionado, with his modest collection, who thinks he’s seen it all, this trip is inadvertently turning into a revelation of sorts.

In fact, it’s a humbling experience. In the presence of experts and watch-makers, I am discomfited when they talk of movements and developments in the industry. With every passing minute, I realise how little I know about the science and celebration of time. But I am a keen learner and I listen intently to what they have to say.

Before I continue, let me state here that this was a trip sponsored by Citizen for their 100 years of being in the watch business. They are launching nine anniversary models this year. At Baselworld 2018, the company unveiled the most accurate Cal.0100 Eco-Drive. Accuracy and precision are the words that are thrown with abandon at me, and I am still weighing their impact.

I ask Norio Takeuchi, the managing director, if this tech focus could lead to smart watches in the future. “A watch must first look beautiful, it must be something different, it must have character,” he says. “Smart watches lack character”, seconds Nobuyuki Tanaka, the general manager. Norio explains that Citizen’s designs flow from technology. In fact, the company is flying high with its Satellite Wave technology and Eco-Drive models. What’s their best-selling model? “They are all dear to our hearts,” says the MD. Watch collector and fanatic Mitrajit Bhattacharya, however, says that Eco-Drive tech was a groundbreaking product for this watch major. This was R&D at its best. It was solar and it shone bright on the company’s fortunes. And can you believe it, the first Eco-Drive movement from Citizen was launched 42 years ago and is still going strong?

A visit to the company’s watch museum helps me understand the culture of innovation that both Takeuchi and Tanaka are talking about. From its early years in 1918, till now, the company has viewed watchmaking both as a craft and a science. When it comes to tech, the company has been ahead in the game. It came out with a radio-controlled watch way back in 1993, and another model could calculate heart-rates. “We were smart from way back then,” says Norio through a translator, a beatific smile spreading across his visage.

Modesty and plugs aside, I have a quartz Citizen model from the ’90s, which is still working, and is part of my collection. I also feel an emotional, or let’s say, a nationalistic connect with the brand, as this Japanese company helped set up India’s first government-run watch company HMT in Tumkur, near Bangalore back in the ’50s. I owned an HMT, which I gifted a cousin as a hand-me-down. The brand is now extinct, but the movement lives in my heart, thanks to its Japanese origins.

Someone called Citizen an engineer’s watch, but at the core, it is less technical than one might expect. Not many know that the company’s Miyota watch movement is a leader in the quartz segment, across brands. For me, here’s a mass-based watchmaker with an engineer-like focus. They don’t just make watches, they manufacture the components, and they make the machines that make the components. That’s what I call devotion to the craft.

A visit to the factory in Iida, some four hours by road from Tokyo confirms this. I see accuracy and precision in motion. Craftsmanship is of the highest order, and Meisters (masters) are busy at work, not taking their eyes off the unfinished products in their hands. High-end watches are finished by hand. I notice that most watch Meisters are women. “They are better at this work which requires high levels of concentration,” says the supervisor.

At the other end of the room, Super Meister Hiroko Arai is busy giving final touches to what looks like her pièce de résistance for the day. She’s been with the company for 30 years, and has risen to the highest position in watchmaking through a rigorous system of certification.

Only few employees become Meisters, even fewer become Super Meisters like Hiroko, who only works on the top brands. She’s a cult figure in the industry, I am told, winning the Japanese Prime Minister’s Award in watchmaking. So, how does she get every tiny part right? And how does she put it all together every time? Citizen’s parts are ultra-precisely processed and look the same. But they can have “slight, very small variations” that only the masters can detect. Human touch and feel is vital. That’s something the machines cannot do, not now, not in the future.

“I try to find the uniqueness of each part, and make the best combinations. In daily operations, especially when adjusting and regulating, all my senses are focused on my fingertips to feel the individuality of the parts,” says Hiroko.

It’s time to move on, but I am touched by the simple, subdued, yet stylish art of watch-making in Japan. They are smart, they know it, and resist the temptation to follow the herd. Watches here are made for intelligent humans with character and class. What more can you expect in the land of the rising sun?