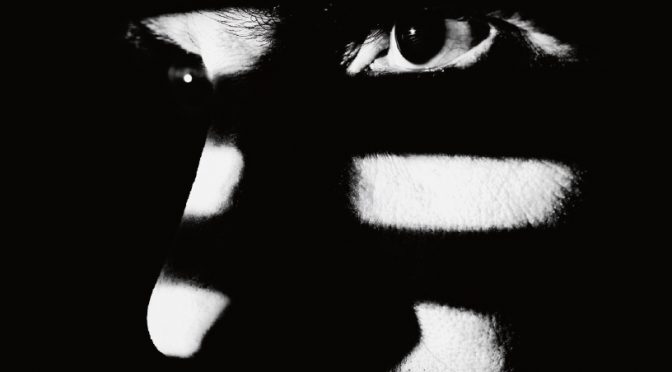 This is pointing direct fingers at the Voyeur being nothing but a creep.”

Three words — ‘well, you are’ — is all it took to turn Anita Foos from background extra to momentary star of the show (for me, at least) during the Netflix documentary, Voyeur.

Directed by Myles Kane and Josh Koury, the film centres on two dominant characters; renowned former journalist of The New York Times, Gay Talese, and infamous peeping Tom, 80-year-old Gerald Foos. Both men as egotistical as the other.

Anita, mentioned above, is Foos’wife.

I stumbled across the Netflix ‘trending’ suggestion in a moment of insomnia. After tossing and turning in bed for more than three hours earlier this week, I gave in to the calls of my laptop at about 2.30am.

Some background noise was what I was after; a faint lullaby by way of TV-talking to rock me to sleep. Instead, I got Voyeur. The brief description, ‘legendary journalist unmasks a motel owner who spied on his guests for decades’, had me in two minds.

I was lured by the subject matter. It sounded gritty, odd; a peeping Tom exposed by an investigative journalist. The journalist part gave it some connect, and as a fan of crime series, it appealed to me, but the 95-minute running time was off-putting. It meant staying up till 4am on a work night. That wouldn’t bode well the next day at my desk, so I delegated it to the ‘must watch’ pile, hoping to return to it in a more alert state. Two days later, I did.

The story tells of Foos, a self-proclaimed ‘deranged voyeur’ who voluntarily becomes the subject of Talese’s article, The Voyeur’s Motel.

Published in the The New Yorker in 2016, it later went on to become a book by the same name. The documentary came out a year later.

As the title suggests, it depicts the story of serial snooper Foos, willingly exposing his decades-long stint as a motel manager who got a little too familiar with his paying — but unawares — guests.

By way of a purpose-built observation deck in the attic, Foos openly admits on camera to turning his then-owned guest house, The Manor Motel in Colorado, USA, into his very own study hall to observe the oddities of sexual behaviour, unseen.

I was weirded out by his actions; a blatant invasion of privacy, which he showed no remorse for. Yet his candidness, dotted with the odd dose of charm, left me — and I’m sure many others — bewildered.

I didn’t like him, but I didn’t hate him either. I wasn’t as repulsed as I had expected to be, and I’m not quite sure why. His desperation — and his wife, Anita — may have had something to do with it.

Sitting in his kitchen later on in the film, Foos turns to the camera at one point and says, “nobody comes to visit our house. All our friends are dead. You guys are all we have.” You get the sense he’s a lonely man, a hermit looking for the rush that his days as a voyeur gave him.

A man so desperate for attention, friendship (?!), he chooses to expose a secret that would turn him from watcher into the watched. After years of spying on others without their consent, he turns the tables on himself. But as the minutes roll on and the storyline unfolds, it soon becomes clear he is uncomfortable with the reality of infamy.

Everyone predicted the exposé would shine him in bad light, but he seems to have underestimated the reactions.

“If I knew what I was gonna feel a year, two years ago. I’d never have done this,” he says to Koury and Kane, after realising the fallout of his published confession.

Foos’ attempt at cleansing himself of 30 years of wrongdoing backfires. His frequent outbursts on camera paints his battle with his new-found status as a lurking peeping Tom on exhibit. He is  voluntarily stripped bare and has now become the very victim he used to prey on.

Struggling with that notoriety, one publisher even says, “you can be disturbed by it, it would be weird if you’re not disturbed by it, but that’s not necessarily bad for the book.” And in his hunt for fame, Foos overlooks that part. For the everyman, the details of his confession are disturbing. But he is so fixed on the spotlight, he quickly forgets about the ensuing drama until it’s too late. That’s the part he grapples with.

What this documentary unravels is the battle between two men seeking legendary status. One (Talese), an 82-year-old journalist looking to reinstate his legacy as a renowned writer, and the second, Foos, a man simply looking to instate a legacy.

“He opened up his home to you, his bedroom to you, his wife to you,” Talese says during the final few seconds of the film.

“He liked the publicity of the camera. The camera turned him on. And there you have the reverse procedure. He’s now being watched.” And although he is talking about Foos, you realise it’s a phrase fitting for both men.

But aside from the documentary’s obvious exposé , for me, that 19-word exchange between husband and wife (mentioned in my intro) turned the spotlight on Anita – a timid wife with a nervous disposition. She offers very little throughout the film; a submissive wife who puts up with her husband’s voyeuristic lifestyle.

Yet, in that brief moment — 76 minutes into a 95-minute film — she affirms the one thing that every viewer is thinking. He’s a creep!

After reading, and not liking, Talese’s account of the graphic details of his revelation, Foos innocently remarks to Anita, “this is pointing direct fingers at the Voyeur being nothing but a creep,” to which she responds, “well, you are”.

And just minutes after casually outing her husband as a pervert on camera — a label he seems oblivious too — she presents him with a birthday cake, candles and all.

A damning insult followed by a sweet moment of affection; the irony, I thought, was brilliant.