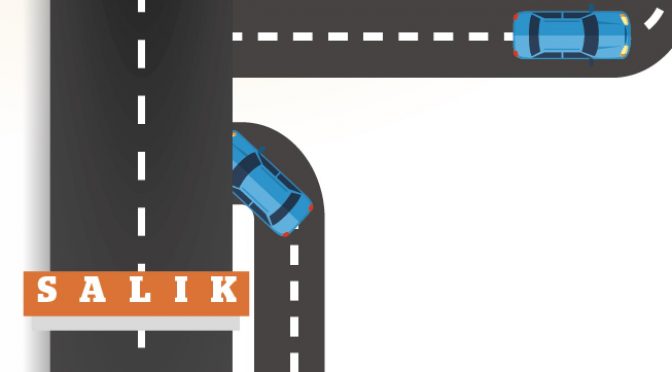 What’s wrong with avoiding the ‘Salik route’, I want to know. Let me confess outright: I usually take the long route home. I don’t mind the slight detour to avoid paying the toll — the Dh4 Salik on my drive from home to work.

Whenever I do this, my family raises an eyebrow. They taunt me: penny wise, pound foolish. I must also confess that I feel a sense of achievement every time I save Dh4.

I am known, from my childhood, to take the shortest routes. In my school days, I would scale boundary walls to shorten distances. But if it now takes a bit longer to reach my destination, so be it.

My children — now they are adults — have often wondered about my knack of finding the shortest route, in any country. However, since moving back to Dubai four years ago, after 12 years in Muscat, they laugh at my insistence on taking the longer route to avoid Salik. And, obviously, the wife leads the chorus.

I see nothing wrong in dodging the toll, as long as I am not in a hurry. The other day though, I bypassed a Salik route and upset the wife because we were late. She had a flight to catch.In that evening traffic, we had a tight half hour to cover 38.8kms. Obviously, when the detour was jammed due to the ‘big sale Saturday’, I was on tenterhooks. Note to self: look up the traffic on Google Maps next time before leaving the house.

After dropping her at the departure gate, I kept circling the airport — I hate to pay for parking — until the wife confirmed she had checked in. Even then, I was pleased that in circling around arrival/departure, I had saved at least Dh4 by avoiding one of three tollgates.

“Why would a big car owner try to avoid Salik to save Dh4 and take a longer route,” my houseboy Santhaya asked once as I was taking a detour through the Mall of the Emirates. I clarified to him that by taking a detour, off Sheikh Zayed Road, while dropping him to Karama from JLT, I saved Dh4, which would add up. I would spend it elsewhere.

I am not sure Santhaya was convinced when I said that every set of four coins saved by avoiding Salik could be used to tip errand boys and fuel attendants.

I admit that before explaining to Santhaya, I had never connected the avoidance of Salik to the matter of tipping. A colleague, however, argued that I could do both, pay Salik as well as tip.

My satisfaction from saving the toll charge last Saturday was short-lived. I ended up paying much more than I bargained for when I got into a parking tangle in Bur Dubai.

Which leads me to an incident of why I abhor pay-and-park. Remember the time I had circled around the airport parking to save a few bucks? Well, this one time, I had no choice but to pay and park in Bur Dubai.

I chose a smarter way, to pay through SMS (one of the rare instances where I will opt for convenience over frugality). I parked in C slot where the charges are Dh2 for an hour, but I was charged Dh4. I was furious because this had happened to me previously.

I went straight to my friend’s house and, even before the hi-hellos, called the RTA call centre from his landline (I use the landline in Dubai because it is free).

A courteous call centre employee explained to me that in my text, I had left a gap between the parking slot number and the alphabet. So, the system picked A (Dh4) instead of the C slot (Dh2), where I had parked. Before I disconnected the call, he was quick to advise me that I must pay again with the correct number and alphabet to avoid a Dh100 fine.

No choice. So, I quickly did that. The earlier Dh4 charge went waste. And since I was staying longer, I first renewed it by paying at a nearby machine. Then, again I sent an SMS for an additional two hours — cut and paste on my smart phone. As luck would have it, I realised I had copied the old message, with a different parking slot number. I had to do it all over again! Ergo, Dh5 down the drain. I ended up paying double the charges I should have.

I was upset with myself. And since I know the best solution to being upset is to share the load, I spoke to the wife. She said: “You deserve that when you try to save Salik charges.”

I was looking for sympathy, but even a colleague found it ridiculous. So, I began wondering if I had a some kind of disorder.

My good friend and KT’s opinion editor, Allan Jacob, didn’t think there was a disorder. “It’s a generational thing”, he reckoned. His father has similar issues.

I do what I do in the hope that every Dh4 saved in the UAE will come in handy in my old age. Don’t they say, every drop adds to the ocean?

Sunil is the sports editor of KT. He hopes to strike it rich with Abu Dhabi Airport Big Ticket