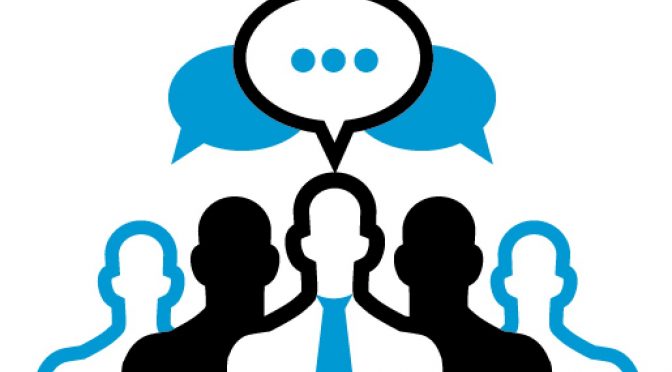 Have you ever spent hours working on a project and really put effort into it only to present it at the office meeting and have the boss give it a cursory look and say, hmmmm, let me consider it and get back to you? No sentence is more damning than anyone promising to get back to you. There goes the lost weekend, the cancelled party and the hard work sacrificed to the kiss of death. He is not going to get back to you or in front of you or anything. The considering is over and it did not fly.

Nothing beats the cherry on the cake, which is ‘we will be in touch.’ No, they won’t. Getting in touch is the last thing on their minds. They might as well say don’t call us, we will call you.

I remember when I was working with Khushwant Singh and in those days, research meant hours of chasing elusive background in dusty files in the library and there was no search engine to make it easy. And finally, you would laboriously type out your story and it was one of those personally inspired essays, and not assigned work, and you would check with the secretary that he is in a good mood (the editor not the secretary) and then give it to him and he would say nothing.

Two days later, he would walk past your desk and say, I’ll get to you story soon. And you knew then and there it had been spiked and was not likely to see the light of day.

Let me look into it, I shall consider your offer, depends on the current priorities of the company, these are all mini kisses designed to soften the fall but a fall it is.

‘Interesting’ is another single word missile designed to dash your hopes. When someone says, it is interesting, they are practically telling you to take a hike with your proposal because it is not going anywhere in a hurry.

A senior manager in a tobacco company whom I knew would say, oh, yes, I read your report, it has merit. And he would nod in appreciation and that was the end of that enterprise because it would never be brought up again. Having merit was the equivalent of saying, party over, game set and match, it stinks.

People find it difficult to say no outright, so they create these gentler copouts without realising the unvarnished truth would be much better and not offer false hope.

Like how often we have heard a senior executive say, yes, it is a great idea but is it the right time to implement it?

The moment the issue is sidetracked onto that rail, you know it is on an eternal loop to nowhere. Very often you find the office favourite sucking up to the boss with an enthusiastic “What a great idea” to someone’s suggestion followed by “but we should weigh the pros and cons”, which brings it whistling down to the ground and then he says, “We need to know the long term and short term ramifications” of this proposal. The moment it is all about ramifications, the point is irretrievably lost.

And if it is not about ramifications, it is about costs. The corporate graveyard is full of the corpses of great ideas shot down and murdered because of that one word: costs. We have to assess the costs… tell you what, here is loaded gun, just shoot the idea and save it all that misery.

Occasionally, we have a beef with a public service or something we bought that won’t function properly or are victims of the ‘fine print’ clause in a document and we venture forth into battle armed with a sense of righteousness. And then we get an email saying that the complaint (ours) has been referred to the head office for initiating further action, and you know then and there that you are now going to be given the big runaround and all the action will be limited to you pulling your hair in frustration.

The minute something is ‘referred’, you can safely forget about it ever being activated.

It is not a major leap from language being employed as a weapon of destruction to personal peeves and prejudices also eclipsing merit. There was once a survey done showing that many rising stars were curtailed in their career flights because they had too many tattoos. Now you might think that’s the shape of things to come but wait till you are on the receiving end of a “Sorry, we never got your application”. Please resend.

Bikram is former editor of KT. Everyday humour is his forte