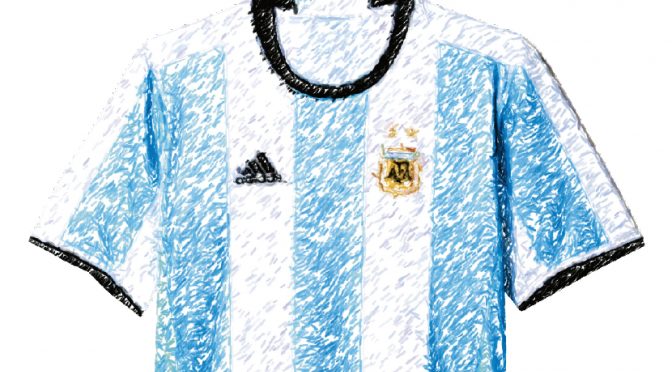 Another World Cup has come around, and again, like always, I live on the hope and prayer that my beloved Argentina, and its greatest son, Lionel Messi, will be the last men left standing with the glittering 18-carat gold trophy.

It has been an agonising wait, 32 years to be precise, since Argentina and its legion of fans at home and every corner of the globe, jumped in jubilation and shed tears of joy at seeing the Latin American country lift the greatest cup of them all and be called world champions.

It has been over three decades of pain. More than a few buckets of tears have been shed along the way.

The last World Cup was just that.

Flashback to four years ago: those scenes are still vivid. My best friend and roommate in Abu Dhabi, Madhurjya Phukan, and I, stood in silence, as the Germany fans celebrated around us. A few came up and put their arm around our shoulders and offered commiserations. It was so sweet of them, but it couldn’t take away the hurt and disappointment. Tears were shed.

The wee hours of that morning felt numbing. Argentina had come so close to pulling off a heist against a superior German team, only to falter close to the finish line.

Despite boasting a galaxy of superstars on either side, both Argentina and Germany were locked goal-less for the entirety of regulation time. Opportunities were plenty but due credit to the backline of both teams that they managed to fend off the threats.

But that was until the 113th minute of extra time. Andre Schurrle whipped in a sumptuous cross from the left and Mario Gotze timed himself perfectly to play onside before chesting it and then tucking his left-footer into the far corner of the net.

After celebrations with his teammates, even Gotze took a moment — he couldn’t believe it. He had just won Germany a fourth World Cup.

Thousands of miles away from the Maracana, Rio de Janeiro, Brazil, it was disbelief as far as those owing their allegiance to Argentina, were concerned.

Earlier, that balmy night had started well. Mad Joe (Madhurjya’s nickname) and me proudly flaunted our original Argentina jerseys (the famous blue and white stripes), as we sauntered into the NRG Sports Café at the Le Meridien.

We had paid more than Dh400 for each jersey, but it meant more than the money for us. It was our passion and our undying love for everything Argentina.

And it had brought us and Argentina luck, or so, I would like to believe, as we wore them for each of Argentina’s fixture over the course of the World Cup. The rub of the green and Lady Luck were smiling on us — and on Argentina — until that fateful final night, when both deserted us.

NRG was packed to the rafters even before the game, and we were lucky to get a shared table on the first level. Having settled in, each Argentina effort was cheered. Germany’s attempts were met with silence and some boos.

It was all going well until that happened. My first memory of watching the World Cup and my love affair with Argentina began during the 1998 World Cup in France. I remember watching it with my dad as Argentina took on England in the Round of 16. It was again, in the wee hours of the morning, but dad and me fought off the sleep to get a slice of this mouth-watering fixture.

I wasn’t yet an Argentina fan until then and funnily enough, I actually marvelled at England’s showing during the game.

I was left astonished by the sheer class of Michael Owen, who took the ball from just past the half-line, after being fed by David Beckham. It was a darting run by Owen, culminating in one of the greatest goals ever seen at a World Cup.

That game ended 2-2 in regulation time with Beckham being sent off for his foul on Diego Simone and Argentina eventually won 4-2 on penalties.

The greatest memory of Argentina’s moment of glory was the 1986 World Cup in Mexico when a certain Diego Maradona lifted the World Cup.

As far as Argentina’s first World Cup title is concerned, I was just two months old when Daniel Passarella held aloft the trophy on home soil.

A lot of water has flowed under the bridge but my love for Argentina still continues. I have dusted my jersey off and will be wearing it again, with
hope and prayer that it will be my beloved Argentina this time.

James lives and breathes sports. When the fancy strikes, he churns out memorable local stories