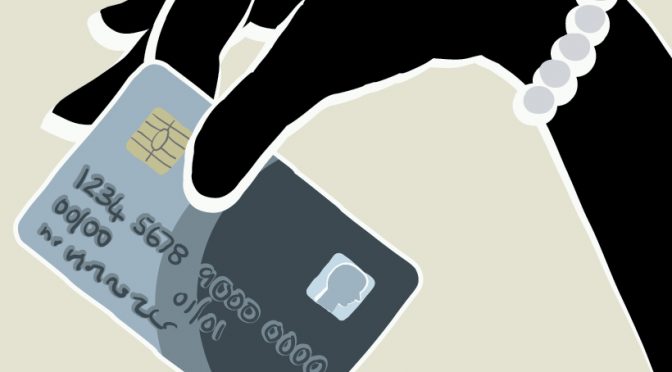 Wasting time on Reddit, the social news aggregation website and app is one of my favourite past times. People tend to be honest on the platform. There’s even a ‘subreddit’ I subscribe to, and I’ve read every post any ‘Redditor’ (a person who uses Reddit) has posted on it. For those new to these terms, subreddit is a space for people to discuss matters such as financial planning and how to overcome debt.

So, let me tell you about how I got into debt in the first place.

My dad’s younger brother, my uncle, was demanding that my dad give him his share of our ancestral property back home, in cash. My father, being the older son, felt obliged to his sibling. Long story short, as a family, we were under a lot of pressure to settle this matter, especially for my uncle. I had to help dad out.

I took my first personal loan from a local bank for Dh100,000 in May 2014. I was 26-years-old, and it was a frightening, lonely experience. It seemed like a monstrous amount that I would never be able to pay off.

I remember it was a hot May day in Sharjah when I trotted to a money exchange centre in Rolla and wired the money to my uncle. I got back to the car feeling confused about my career decision, thinking I should’ve become an accountant.

A lot of my friends at the time were enjoying fat pay cheques and fancy cars. I remember whining to my best friend, S, that I would be paying off EMIs for the next four years. She saw my face fall, and said cheerily, “We can do that high school reunion here in Dubai instead of Amsterdam, you know.”

The first year of debt was the worst. My equated monthly instalment (EMI) of Dh2,488, a number I’d grow to dread, was slipping out of my bank account every month. I sighed and felt like crying when the bank sent me a message about the EMI being due.

During some months, I faced additional expenses — car registration, apartment renewal, etc. During one such time, I didn’t have enough money for fuel, so I had to ring a friend to ask him to come to the gas station and help me out. It might seem like a small thing, but it was humiliating. The very next month I made it a point to keep aside Dh500 every month for fuel and Salik expenses.

Once, I was so broke towards the end of the month, I was counting loose change to buy lunch. I missed my best friend’s wedding because I could not afford to go for it. Buying a car became all about resale value. And I wanted to complete my Masters in 2017. But I was living paycheck to paycheck, and it wasn’t going to happen.

The excruciating bit was switching jobs. Banks in the UAE freeze your account when your end of term benefits are deposited into your account. Only after you present a new Emirates ID, visa and letter from your employer saying you have a new job, do they ‘unfreeze’ your account.

Over time, I got morose, and my friends and family couldn’t handle it anymore. S, and my now fiancé, M, intervened. In the middle of all my moans about being poor, M suggested I look at Reddit: “You’re not the only person on the planet to take a loan. Stop victimising yourself. Learn to plan your finances better.”

So, coming back to my previous point about Reddit being a beacon of hope, Redditors on r/debt free are always telling people about how they overcame crippling debt and how much happier they are, and how they used the final EMI to fund a dream vacation to Seychelles. This made me feel less isolated and more hopeful. I looked forward to posts from certain users: Lindseytollin spoke about being a single mom and being in debt. Someone called jackanapes8 posted about relieving yourself from credit card debt. These two users posted content that made battling debt a more relatable and human experience. Bankers were no help. When I spoke to them, they just  mentioned numbers, and that has never been my forte.

Speaking to KV Shamsudeen, a social worker and chairman of Pravasi Bandhu Welfare Trust helped. He told me debt crises were common among expatriates in the UAE, and introduced me to people who suffered far more severe financial issues. Reading and speaking to people in similar, or far worse, situations helped me get past the sadness I felt about being alone in debt.

My debt was never as bad compared to what a lot of other people go through. People lose their families, homes, jobs. Yes, I had to make sacrifices, but I learnt to cope without beating myself up. I had a supportive family, and a reliable network of friends. I assume my dad, usually  emotionally evasive is proud. He needed my help, and I felt it was my duty to chip in. Having struggled with debt himself, he is happy that I have managed to almost pay off the loan.

After a while, I decided I was not going to let a loan dictate my happiness. Learning financial management was hard in the beginning, but once I got the hang of it, I began calculating ahead and saving.

Over the next three years, I threw dinner parties at home at a fraction of the cost of partying at a club. If I needed to take a vacation, I had to plan three months in advance. I started making birthday gifts. As I love baking, for birthdays, I would bake cakes and chocolate truffles. I’d make lasagna for potluck dinners. I’ve also made comic books and personalised coupon books for my friends.

In three years, I learnt to live comfortably with the bare minimum. I also developed the ability to say ‘NO’ to people.

And the biggest lesson of all: credit cards. In the early stages of my loan, I would use credit cards recklessly. At one point, I had to repay Dh4,000 in card debt and a monthly EMI in personal loans. I cancelled the card and understood I should repay only one debt at a time — only five per cent of your income should go into debt repayment. I also tried to normalise being in debt, saying to myself that a lot of people take loans, “what’s wrong with that?” But repaying debts that are not an investment was tough. I learnt to cope with feeling low about losing that money — no return on it— and the four years of paying off a non-investment.

Once I pay off my final EMI this September, I plan to be sensible and keep aside Dh2,488 every month. I’ve gotten used to not having that amount be included in my salary for four years, so I’m going to auto debit it into another account. But first, I will use that exact amount to throw a big bash for my friends.

When not running after her dog, a foster Lab, Dhanusha likes to sing and write songs