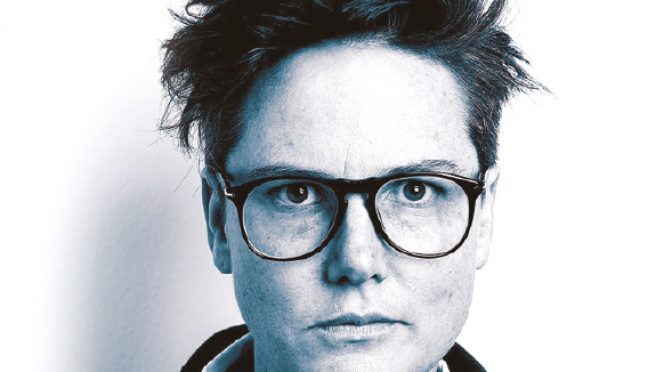 Hannah Gadsby. Did anyone know of her before June 19th, when her show, Nanette, premiered on Netflix? I don’t know. Maybe in Australia, where she’s from, but more people (lots more people) know of her now, and with good reason.

Gadsby has delivered a classic performance, one that if it isn’t already, will grow to be a benchmark — for comedians, for writers, for people at large, especially those with strong, obnoxious, sexist views. Not that anyone will identify themselves as obnoxious and opinionated, but if you can think of someone like that, invite them over, act cool and put this on. It’s quite urgent.

Gadsby talks of having to quit comedy: “Part of the problem is comedy has suspended me in a perpetual state of adolescence,” and she proffers these epithets: “Laughter is not our medicine. Stories hold our cure”. She doesn’t want to laugh off things anymore. More than a comedian, she’s a performer, a storyteller — a sensitive, articulate force that makes you re-examine your notions and forces you to think.

Gadsby knows theatre. She elevates stand-up, converts a performance art into something more sublime. There’s a whole meta thing going on. The word powerful will be worn to death in this context, but justly so. It’s powerful.

Wait till she tells you what it’s like to be living her life. She makes you cry. She made me cry. I cry easily, but still, the effect she has on the viewer is that, if you’re munching popcorn or foxnut or whatever, you get affected. You stop munching, and you pay closer attention. I notice heart beats go up.

“My story has value,” Tasmania-born Gadsby says on her show. “What I would have done to hear a story like mine. To feel less alone, to feel connected. I want my story heard. I need to tell my story properly.”

She understands how to control her performance and deliver the impact her story needs. The right pauses, the catches in breath, the inflections, the throwaway lines, the crackling observations uttered in a lower pitch that elicit laughs. Stand-up doesn’t cover the half of it. This isn’t stand- up as we know it. And we don’t always know stand-up to have such depth and meaning, for it to question identity, misconceptions of gender, slam perpetrators of discrimination — and still manage a wry laugh.

The set-up of Nanette makes you think it might be another funny set. But gradually, in that hour-long performance, the narrative sneaks peaks. It’s like Ka, the snake in The Jungle Book, coiling around Mowgli’s neck, hypnotic and colourful at first, humming, lilting, seductive, making you a bit woozy and then — hey there, stranglehold! “Punch lines need trauma… I still have shame.”

Hear her speak about the claustrophobia of growing up in Tasmania around people, 70 per cent of whom were homophobic. She doesn’t deny being angry. “When you soak a child in shame, they cannot develop the neurological pathways that carry thoughts of self-worth… (shame is) a weed so thick… grows so fast… becomes as natural as gravity”.

These are lines you need to hear performed, with all the nuance and emotion she brings to her story. Text loses out here. Gadsby’s material flows. It glimmers. It hurts. To carry the water metaphor along, the opening trickle opens gradually cascades into a full-on tap-turned damn burst. There are moments that are light, but throughout, she seethes, she’s furious, and she knows how good she is at this, at her job, at ‘balancing the tension’.

She’s used to performances, but to see her standing in front of the 2,000-plus crowd at the Sydney Opera House, telling people openly, bravely what she’s gone through, about the abuse, the attacks at bus stops, about rendering herself vulnerable, is a stunning experience.  How memorable it would be to hear it live.

“A girl at 17 is never, ever in her prime!”, she screams, agony seared across her face. She repeats it, puts herself on the line, and makes it personal. The entire show is personal. Gadsby says she was nowhere near her prime at 17, she is now. She speaks softly of how after sustaining trauma and abuse that she will never flourish. But also that, “there is nothing stronger than a broken woman who has rebuilt herself.” Naturally, claps erupt.

At a lighter point, she muses about traffic lights: what if they were the colour blue, all nice and meditative? She imparts lessons in art history, cuts Cubism some slack, but trashes Picasso, he with the mental illness of misogyny. She champions Vincent van Gogh’s brother, the one who believed in him. “Do you know why we have the Sunflowers? Because van Gogh had a brother who loved him. He had a tether, a connection…”

Thanks to her degree 15 years ago in art history, she knows about the metnal illness of artists, about a medication derived from foxgloves that makes you experience the colour yellow more intensely, and how this ties in with Sunflowers.

I like the parts about her mother and her, about how they’re friendly now — after years of her mother worrying about her, even her grandmother worrying for her — asking her if she has a boyfriend. Those bits are kind of funny. But the value of this show is in the unfunny bits. You clap at the courage it takes to voice, and not because it’s ha-ha. The reasons why she is quitting comedy have to do with what her mum told her.

My favourite bit might be Gadsby talking about sensitivity: “‘Don’t be so sensitive’. That’s the most common advice I get. And it is always yelled. I don’t get it. ‘Stop being so sensitive!’ Why is sensitivity something to strive for? I happen to know that my sensitivity is my strength. I know that. It’s my sensitivity that’s helped me navigate a very difficult path in life”

Why is she talking about giving up stand-up comedy? You should listen to it spoken, not read or paraphrased. “Do you understand what self-deprecation means when it comes from someone who already exists in the margins?” Gadsby says. “It’s not humility. It’s humiliation. I put myself down in order to speak, in order to seek permission to speak, and I simply will not do that anymore.”

She talks about the problem with white male comedians, about how much wrong has been perpetuated by a generation of white male comedians reducing Monica Lewinsky to a punch line. (“Punch lines need trauma… I still have shame.”) How Harvey Weinstein, Woody Allen, Bill Cosby, a certain president are the rule, not the exception. She questions people’s obsession with reputation over their humanity. “To be rendered powerless does not destroy your humanity. Your resilience is your humanity. The only people who lose their humanity are those who believe they have the right to render another human being powerless.”

So much of what she speaks makes you tear up. I felt the most sorrow hearing her talk of how she is tired, the way she said, “I just don’t have the strength to take care of my story anymore… I am not a victim, I tell you this because my story has value.”

She’s angry and she says, “Anger, much like laughter, can connect a room of strangers,” she says. But she wants no part of that: “Stop wasting my time”.

Nivriti plans to watch this one more time, with pen-paper