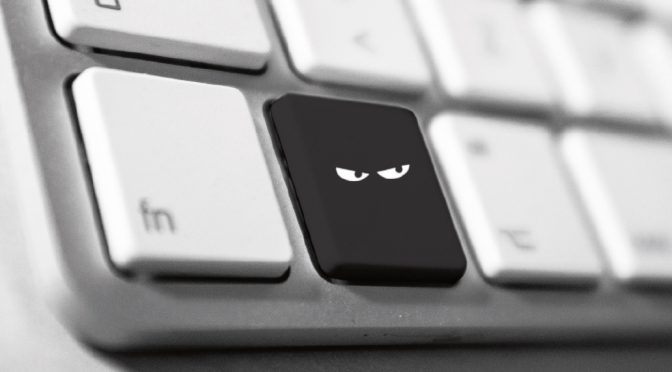 Last month, a friend on a school WhatsApp group quit in disgust at the treatment meted out to him for his full-throated support of a global political leader that often bordered on the naive and emotional. I thought what he did was brave — cutting off virtual ties with his old pals for his political (and religious) beliefs. His dogmatic and dogged defence of recurring issues that concern many of us — migration, politics and religion — got me thinking. “They picked on me for my beliefs,” he wailed. I did, too, I reminded him, and said he was often blinded by fawning over a man who had his good sides and bad. “There is no rationale in your arguments, be reasonable, take a neutral line,” was my unsolicited advice to him, which he deftly threw out.

Sadly, it was late to contain the damage. He was gone but promised to catch up when he passes via Dubai. Surprisingly, he didn’t say he was trolled. They keep ‘picking on me’, was what he said, which is the same thing as trolling. I realised he chose the phrase carefully, deliberately. Being trolled, to him, was an insult. Meanwhile, another friend at the other side of the spectrum — a liberal — said he was considering bowing out of the group because of its polarising political ideology. He wasn’t being trolled for sure, but liked to imagine he was. Thankfully, he’s staying and we are having some robust discussions on sports and other pursuits these days.

Other groups that I am part of are also in upheaval like the Facebook one from college. There’s this guy who creates a storm by picking on one community and their beliefs. The liberals are promptly upon him, chastising him for his insensitive remarks. Others are screaming, typing their fingers off that he be thrown out of the group, while the illiberal want him to stay in what they believe is a secular virtual setting. Most discussions are about the ruling party in India and its parent organisation. The organisation that supplies the rightist ideological oxygen and has grown into a monster of sorts and that’s sending its opponents packing. Then, there are fringe groups that operate on their own, which the party and the organisation claim they have no control over — a convenient excuse that shields them from responsibility for what’s happening online. These groups function at different levels and emerge from the shadows for causes that both the party and the organisation cannot be seen espousing because they have gained political credibility through the ballot.

The party, organisation and myriad fringe groups are openly united on one issue though: rid the country of all opposition to their common majoritarian experiment, which appears to be working on the ground in election after election. A fractured opposition is helping their cause. There’s an army of trolls doing the dirty business of putting the opposition on the mat, online and off it. No sooner than you say something negative about the ruling dispensation or question its religious slant, the troll military pounces on you.

Sadly, it’s hurting the political-secular fabric of a country that is known for its diverse way of life. What unifies a country as vast as India is its variety of thought, languages, regions, religions, food, clothes and culture. Provocative statements from the ruling establishment are not random or accidental but part of a dangerous design, say political pundits. Alternate voices are being silenced, according to the liberals. Freedom to think, eat and marry according to ones wishes is under attack. Religious tensions are being fuelled through social media trolling and vigilante mobs, and private armies have been let loose for political gains.

I have little time or patience to read the latest on the hate being spewed online, nor am I an expert on the subject, but I support most policies that serve the national interest. Grandiose plans of making India an economic and technological superpower, to building toilets in every home have my backing. The trouble is with the underlying philosophy propagated by the organisation that props up the party. The virtual army they have spawned has grown bigger than what they can control that it has even targeted India’s foreign minister, for supporting an interfaith couple’s right to passports.

The nationalist trolls could not handle her good deeds which gave rise to the counter trolls from the flailing liberals. This bunch returned the fire on her behalf, and there was confusion on digital earth. The minister’s lone supporter from the government was, ironically the interior affairs minister who appeared helpless to restore order on social media. The fringe trolls and their bots then trained their guns on a spokeswoman of the opposition and threatened to rape her kids.

In another ‘incident’, a leading Tamil actor and aspiring politician was accosted for his tweets against the caste system, another term for racism. Mainstream media joined the farcas by covering these shameful interactions with delight. Movie stars and their progeny are also happy to come out against trolling for it keeps them in the public eye before the release of a film.

So, take trolling seriously if you want to make a mark online. There are books being written about the phenomenon that’s causing a maelstrom on social media, with fears being stoked about trolls influencing democracy and electoral verdicts. A probe is on in the United States — whether the Trump campaign benefited from the Russian trolling largesse.

On the personal front, I can say with some satisfaction that I have remained troll-free so far, but I believe my luck is about to change soon. Being trolled or turning into one means you have arrived on the social media scene, and I read with great interest the classification of trolls. Some of those listed have names like Crybaby, Stalker, Flooder, Expert, Silent Hater, Fraud, Spoiler, Expert and Screamer.

Who knows you could be trolled by one of them, or have turned into a creature yourself. But there’s a piece of news I’d like to share before I go. I have been informed that the friend I mentioned at the start of the column has been persuaded back into the group. He’s keeping his counsel these days and doesn’t participate in discussions in the new avatar. I concluded that the Crybaby has turned into a Silent Hater troll like the other hangers-on in the group who don’t participate but pretend they know it all. Now what does that make me? A Stalker troll?