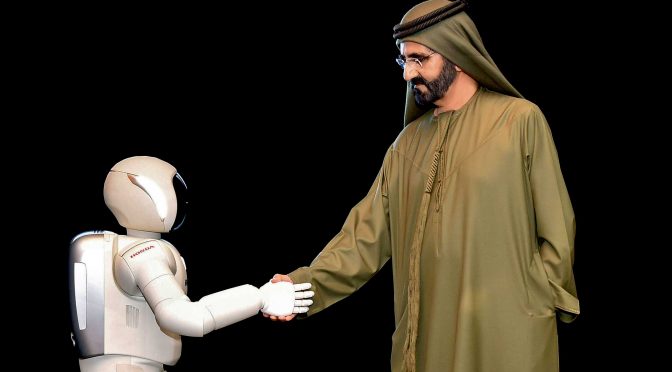 Wow! An astronaut! I told my grandmother as ASIMO, a humanoid robot, appeared on our boxy television’s screen. His white figure walked in measured steps to reach a spotlight where he finally waved hello to the rest of the world. Grandmother adjusted the antenna on the tube so that my brother and I could view the spectacle clearly. The advert ran for a minute before regular programming of the news and afternoon dramas resumed.

Unveiled to the world on October 2000, ASIMO was the culmination of Honda’s efforts to create a walking robot. His name stands for Advanced Step in Innovative Mobility. Honda has been developing humanoid robots since the 1980s. Its first were the Honda E series produced between 1986 and 1993, succeeded by the P series, created from 1993 to 1997. The progress made from the E and P series led to the creation of ASIMO in 1999.

During his 18-year adventure, he showed the rest of the world what technology made possible. And this year, his journey came to an end. On June 28, Honda announced that they were stopping the development of ASIMO. The original robot was retiring.  In his stead, many new robots have entered the conversation.

In the early days —I’m talking ’80s — the idea of an actual robot was relegated to science fiction. Robots belonged to the realm of Hollywood and television.

The introduction of ASIMO proved that robots could exist. Here was a robot that could function like a human — in some regards. He could speak 10 languages (ncluding Japanese and English), recognise body language, could address people by name, and discern one person from another.

This human aspect of ASIMO was exhibited through his many adventures and encounters with world leaders.

His first brush with stardom occurred in the US when he rang the bell to open trade sessions for the New York Stock Exchange.

From 2003 to 2005, he toured the US and Canada, visiting schools and museums. Besides educational tours, he shared the red carpet with Hollywood celebrities like Greg Kinnear at the premiere of the film Robots. He even had time to conduct the Detroit Symphony Orchestra. After winning the hearts of North America, ASIMO set his eyes upon meeting the rest of the world.

During Prince Charles’ state visit to Japan in 2004, ASIMO greeted him in Japanese before performing a seven-minute dance number for the British royal. A report in The Telegraph, however, said that the Prince kept a safe distance from the gleeful robot. It was not until ASIMO bid him ‘bye bye’ in English that the Prince let out a brief chuckle, which just goes to show that nobody could escape ASIMO’s charm.

Prince Charles was one of the first world leaders that ASIMO met. In 2014, the mini-astronaut met the then-US President, Barack Obama, during the latter’s state visit to Japan. According to a Verge report, the two played a round of football. Obama later said that ASIMO’s skills were “pretty impressive.”

In 2015, at the 2015 World Government Summit in Dubai, ASIMO shook hands with His Highness Sheikh Mohammed bin Rashid Al Maktoum, Vice President and Prime Minister of UAE and Ruler of Dubai. Sheikh Mohammed tweeted a photo along with the caption: “Today, I met @Asimo, the Japanese robot created to assist humans #GovSummit.” The robot even replied to him saying, “It was great to meet you as well!”

But innovation aside, what made ASIMO a household name was that he looked adorable and behaved in ways that were relatable. He wasn’t an intimidating robot with weapons. This was was an entertaining, endearing robot.

Once, he and nine of his robot gang came together and broke into a dance, showing off their fluid movements. Another time, he made the mistake of giving four cups of coffee to one person instead of the four that were expecting it. Like us humans, he also made mistakes.

In 2006, a clip of ASIMO falling down a flight of stairs during a presentation went viral. Commenters on Facebook and Reddit said he should’ve been looking at the stairs instead of at the audience, even adding that he got a bit cocky. Like yours truly, many didn’t blame him for falling.

He redeemed himself in 2014, when he ascended and descended a flight of stairs with relative ease, thanks to his famous bipedal movement.

Recently, in Dubai, a robot waitress has been creating a buzz. Ruby, the robot waitress, moves from one table to another, serving Indian food to amazed customers at a restaurant in Bur Dubai.

Before Ruby, Dubai Police unveiled its first robot policeman during the 2017 Gulf Information Security Expo and Conference.  Apart from actual robots, conversations about AI and smart services are now commonplace — thanks, in part, to ASIMO.

According to the Nikkei Asian Review, Honda plans to put the technology behind ASIMO to help the disabled and elderly walk. The progress made with ASIMO’s sensors will be used for self-balancing motorbikes and driverless cars. Even in his retirement, we we can rest assured that ASIMO, the little guy with magic in his legs, will remain present, a lucky mascot guiding us towards more impressive innovations in the future.