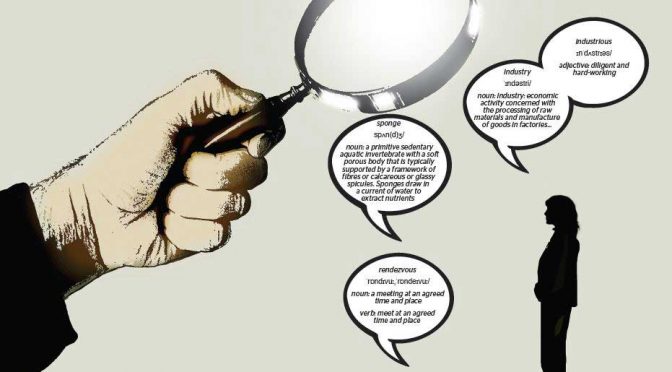 There’s a classic scene in the Hindi film Namak Halal where Arjun Singh, the character played by Amitabh Bachchan, is being interviewed for a job by Ranjeet, playing one Ranjit Singh. Ranjit Singh asks Arjun Singh in Hindi if he knows how to speak English. Arjun Singh, keen to display his grasp of general knowledge and a command over English, starts off: “I can taak Englis, I can vaak English… because Englis is a very phunny language…” (sic). The yakking candidate progressively gets on Ranjit Singh’s nerves, who soon loses it and hollers at Arjun Singh: “Ohh shut up!”. It doesn’t stop Arjun Singh. He’s indomitable. And he emerges the winner in that instance.

This has to be the refuge and defense of several spirited Indians who don’t speak as well as newsreaders on BBC (often the yardstick, is it not?).

Earlier this week, my sympathies were surging for the poor Athletics Federation of India (AFI). If they had tweeted the Namak Halal scene, I would have bowed at their feet. But they were in the middle of a storm because of this tweet: #HimaDas speking to media after her SF win at #iaaftampere2018 @iaaforg Not so fluent in English but she gave her best there too. So proud of u #HimaDas Keep rocking & yeah,try ur best in final! (sic)

The tweet was shared widely, sarcastic riders added. It was called, among other epithets, condescending, derogatory, shameful, and disrespectful.

As far as I was concerned, the tweet was inoffensive. Sweet only, I thought. Fine, no one needs to underline how well or poorly anyone speaks (especially when your own command is kinda shaky). And yes, yes, everyone should ideally know how to spell; and a knowledge of punctuation is a valuable asset, all that. But to censure them for this is silly. Next we’re going to start sitting away from people who say “spawnge” cake. #LinguisticApartheid can be the hashtag if it catches on.

But, seriously. My heart went out to the social media handler of AFI who must have needed kind words and an extra sweet chai the evening that tweet went out. No one is born knowing the pronunciation of ‘rendezvous’, or the meaning of ‘sic’ that you see in articles such as these (means ‘reproduced exactly as it was’, pronounced: sick. Latin for ‘so, thus’). And who cares, frankly? How does it really matter?

Some sensible types understood the spirit behind AFI’s tweet. One user, Keshab Teja Sen(@sen_kc_fuchan) said, “No worries. Nothing wrong in what u said earlier, we all understand. It’s our habit to get naraaz (angry) and troll” (sic).

AFI then typed another tweet, this one in Hindi, and apologised to all upset Indians, saying basically, Sorry guys that our one “TWEET” (loved this emphasis!) upset you so much. All we meant was that no hurdle is too much for this champ of ours from a small village, be it running on the tracks, or speaking unhesitatingly to an English-speaking journalist in a foreign country”. It was a winsome clarification that mostly put the matter to bed, thankfully.

But it made me think of how obsessed we are with judging people’s English — like, not proficient? Go to the back of class! — without so much as evaluating the message behind the however rickety message. It’s another matter that I will totally judge the word choice of someone fluent in English — those nuances are telling. But someone who isn’t, whose first language isn’t English — that’s just nasty.

Remember actor Kangana Ranaut getting flak for her small town inflections? She hired an English tutor at some point and spoke about this. The small-mindedness is everywhere. On YouTube, some channel called TheBollywoodcurry uploaded a clip with the header ‘Kangana Ranaut looks stunning at an event but speaks horrible English’.

How does it matter if an athlete or an actor — especially whose first language is not English — has ‘horrible English’? Surely, it matters more for the less accomplished among us. Speaking English like the BBC anchors can better your chances in life, let’s face it. You might negotiate a better salary if you enunciate properly: “in-d’stry”, not “inDUSTree” (for industry). It adds up: good job, social acceptance, fooling people. Being glib opens doors.

The father-in-law of someone I know, who I met for the first time, told me, “Angrezi theek thaak bol leta tha, so they took me on.” Meaning, because he spoke English well enough, (and made sure he was always well turned out, shoes always polished, shirts always crisp), he was never out of a job too long. The man has been in Dubai for 30 years.

It’s an interesting thing to mull over. How appearance and language — how we speak — play a part in what people make of us, how much ‘success’ we dredge out of life. Nevermind the incompetence — or worse — ugliness a strong command over the language may conceal. A smooth rolling of ‘r’s, a perfect rounding of vowels, or a decent vocabulary is nice enough to hear, but rarely is it a testament to anything truly important, like character. Content should count more than how that content is uttered — or perhaps, written. Good writing isn’t about verbal acrobatics. Literature is about deeper truths. And language is an instrument that helps get us there. But if we’re talking about simpler, even banal communication, simply making yourself understood is honorable enough a goal. Especially if you have a core skill that needs your focus.

An extension of how we speak, our inflections and pronunciations, is our accent. This week, in The New York Times, Roberto Rey Agudo, a teacher of Spanish and Portuguese to students at Dartmouth College, in a piece titled ‘Everyone Has an Accent’, wrote, “When we fetishise certain accents and disdain others, it can lead to real discrimination in job interviews, performance evaluations and access to housing, to name just a few of the areas where having or not having a certain accent has profound consequences. Too often, at the hospital or the bank, in the office or at a restaurant — even in the classroom — we embrace the idea that there is a right way for our words to sound and that the perfect accent is one that is not just inaudible, but also invisible”. He wrote, “Experiments show that people tend to make negative stereotypical assumptions about speakers with a nonnative accent.”

This is true also of the English we speak. Our diction pigeonholes us. Unless you’re a television anchor, a diplomat, a linguist, maybe, a translator, a call centre trainer, a voice coach, a teacher of English, why does it really matter? Should it?

Agudo’s words are relevant in a city like Dubai where people speak several tongues, and there’s no dearth of mocking birds. Watch out for the racist impersonators at dining tables, in offices, in classrooms, who mimic other speech patterns casually, as if it means nothing and hurts nobody.

Speaking well is important. It’s convenient to make yourself understood. But it’s not such a big deal. There are far greater sins than calling it a  ‘spawnge’ cake.