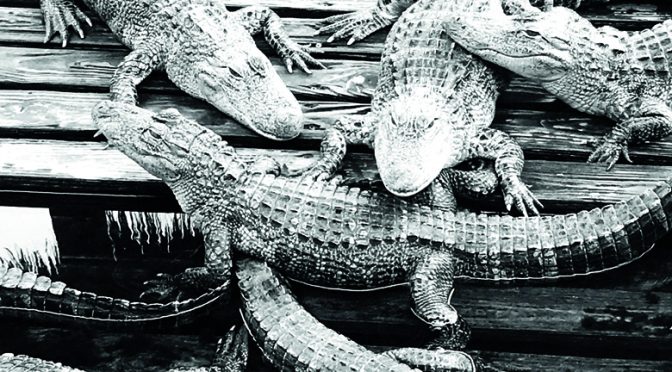 I remember the moment vividly; filled with indignation I knew I had to get my revenge, and eventually I did. It was sweet.  I was 12-years-old. It was a Saturday evening; movie night in the Clarke household. Back then, it was a trip to the video store for Hollywood’s latest blockbuster; on-demand and Netflix didn’t exist. With my mum and I in charge of the popcorn, my father and brother were tasked with going to fetch the film.

“Not Starship Troopers, Kev. Anything but,” I said to my brother as he trotted out the door. It was the movie of the moment, but sci-fi was not my thing. It still isn’t.

Less than 30 minutes later, he returned with a smug look on his face. As I glanced down at the DVD case (they were plain sleeves back then bearing only the name of the store and title of the film), the words Starship Troopers stared back at me from the spine. My Saturday night was ruined.

During the full 129-minutes running time, I sat sulking, frown on face, plotting my revenge. And a couple of weeks later, I got it by way of My Best Friend’s Wedding, a drama/romance; it wasn’t my brother’s kind of thing. We were back on equal footing.

The law of retaliation worked in my favour that night. The same can’t be said for a bunch of crocs that lie dead in Indonesia.

After a neighbour was attacked and killed by a crocodile while out gathering crops near his home in the Sorong district of West Papua this week, a mob of angry villagers sought reprisal by way of hoes and machetes.

Heading to the very place where Sugito, a factory worker, met his gruesome end (in a licensed sanctuary that breeds endangered crocs), the men proceeded to slaughter a total of 292 reptiles housed within the fenced-off facility. An eye for an eye wasn’t quite vengeance enough for them.

It’s unknown whether the animal responsible for Sugito’s death was among the slaughtered; it is known that baby hatchlings, bashed violently against the ground, were.

The news popped up on my Twitter feed. It was a post shared by a friend, an animal lover. The phrase “no words” accompanied a picture of a pile of croc corpses.

That law of retaliation, which saw me get my own back on my brother as an angry pre-teen, is loosely based on the principle that a person who has injured another is to be penalised to a similar degree. The person inflicting such punishment should be the injured party. The morality of the theory is questionable. In certain circumstances a counterattack works, like when Starship Troopers is rented out, despite protests against it. Crocodile culls do not.

With Sugito six feet under, the villagers, armed with weapons, launched a surprise attack. They didn’t just ‘penalise’ the crocodiles by way of injury; they brutally murdered them.

To most, crocs don’t have the same appeal as a cute lion cub or stumbling baby giraffe. They aren’t the warm and fuzzy type. But the villagers’ act of catharsis was unacceptable.

Sympathies are of course with the deceased man, but the fact is, he stepped into the territory of a wild animal. Threatened by his presence, the animal’s only form of defence was attack; an attack that has now resulted in the death of 291 crocs who were not responsible for Sugito’s death – maybe even 292 if the main culprit wasn’t among the motionless, bloody corpses. Sympathies should be with the deceased animals too.

I’ve gotten close to wild crocs before, in 2015 on a river safari in Sri Lanka. Barely 6 feet from our hollowed out wooden trunk boat, we spotted the instantly-recognisable armoured skin, thick and rugged, peeping out from the waters surface; two big keeled scales behind the eyes.

We were in their territory, but thankfully, not a threat. That image will last a lifetime. To see them up close and personal, in the wild, was a rush; a rush you don’t get from a zoo visit.

Pictures have since gone viral of the smiling villagers posing alongside the dead crocs. A smile for retribution? Whatever the reason, it’s just wrong.

The justice system for wild animal attackers varies across the world, sometimes by species. Some humans choose to protect, while others simply see red and want to eradicate. For the latter, their decision has little to do with the ecology, biology, or ancestry of the animals; in the case of the Indonesian villagers, it was a simple case of revenge: 292 pointless deaths, just to show them who is boss.

I, and many others going by the tweets that have since followed, can’t help but be saddened by their actions. “How is this rational? A crocodile being a crocodile with its violent nature. What do u expect, a crocodile behaving like a cat? It’s a carnivore. I’m sorry for the victim but it doesn’t justify this punishment,” @xsyazanax wrote.

Yes, I prefer the little stitched croc you see on that famous brand of clothing. He/she is a lot less threatening. But crocodiles are one of the greatest survivors of evolution.

If Dr Emmett Brown (Back to the Future) was less of a fictional character, more of a real-life crazy scientist, a little trip back millions of years ago by way of his DeLorean time machine would allow you to see the crocodilian species thriving and looking much as they do today. That ancestry deserves to be celebrated.

One of the world’s greatest challenges today is conserving wildlife that prey on people. Ridding them of the world merely to wear their skin as a fashion statement is slowly becoming unfashionable. So too should this practice of eradicating them purely for acting on instinct.

Those viral pictures should not be celebrated. And sadly now, for Sugito, his memory will be overshadowed by this callous act of revenge on the precious wildlife.