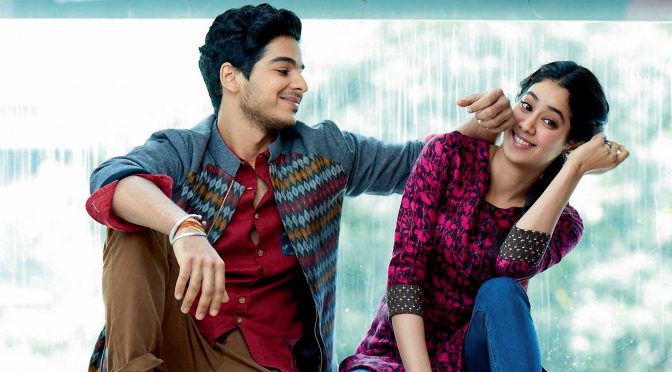 When I was a teenager, Bollywood movies were banned at home — except on rare occasions when Doordarshan would telecast “art” films. The reason was not because they were tawdry or required too much willing suspension of disbelief — but because they showcased “wrong values”.Bollywood storylines, till well into the 1990s, remained patriarchal: a girl (aka woman) had to be shown getting married while the boy (aka man) had scores to settle and bad guys to beat up… to make the two unlikely ends meet, love had to be struck up. And love had to be struck up before both (but more so the female) turned 20, because that’s when (apparently) everything started going downhill. Even in a gutsy, progressive, non-mainstream film like (Sai Paranjpe’s) Katha, Deepti Naval’s character was shown to be 21 and there were severe worry lines already forming on her parents’ foreheads because she wasn’t married yet. (As an aside: Naval looked at least 30 — but, again, maybe back in the day, you aged in sync with the times.)

According to my parents (my father particularly), Hindi cinema espoused a “warped” notion of young love… all heroes and heroines were either in high school or college when they started romancing, and had to be married off soon after, because extended courtships — during the course of which boy and girl could have maybe gotten a grip on life and career-related issues — were frowned upon by that bane of human existence: “society”.

Clearly, my family had a rather evolved notion of love. “Let love come last, after the lesson’s learned,” was I thought an apt summation of my upbringing. “How on earth do you remain in love [for the rest of your life] with the person you swooned on when you were 16? Can’t our films get a bit more real?” one of my aunts had expostulated after watching Love Story (the Hindi one, that had nothing to do with the Hollywood one based on Eric Segal’s book). In the movie, Kumar Gaurav and Vijeta Pandit played Bunty and Pinky; Bunty was 19, Pinky was 16, and yet they did all sorts of grown-up things — like draw up the architectural plan for a house they would build and live in… after they got married (but obviously!).

Then, the new millennium strode in, and along with it came a far more “real” side to reel. If someone fell in love in school or college, there were lines such as: “You’ve not even lived properly, and you believe you already know who you want to spend the rest of your life with?” More impressively, “Go ahead, have fun now — it doesn’t have to be serious… Marriage can wait… doesn’t even have to happen… it’s not really what it’s cracked up to be.” And so on. No one raised their eyebrows too high when Kajol was declared to be in her late-20s, still unmarried and pursuing a career — albeit a sugar-coated one — in the grossly glossy mainstream Kuch Kuch Hota Hai at the turn of the millennium.

Circa 2018, it’s been largely established that man-woman relationships can also be stepping stones to a larger, more realistic world. You date a few people, break up with all of them, don’t give a damn. You get more serious with another person, he dumps you, you nurse a broken heart — but then you go for a spa session with your besties, and it doesn’t feel so bad after all. You get married to a perfectly nice man but realise in a few days he’s not the one for you — so you leave him and go back to your ex because, hey, you live only once. (The last reference is from the humongous hit Love Aaj Kal in case anyone thinks I’m making up stuff.)

Yep, Bollywood has changed — thank heavens for that — and, best of all, no one’s judging…

That’s why when I watched Dhadak last weekend, on its second day of release, I was a bit gobsmacked by how much I liked it. The film, an “official” remake of the Marathi Sairat, has been in the news for not quite living up to the original’s brilliance. I’ve not watched Sairat, so I can’t opine on that matter: I only saw a couple of teenagers being in love with as much ardour as weatherbeaten veterans who’ve learnt all life lessons (yes, there are issues that tear down the bonhomie, but they have nothing to do with age or not being “mature” enough).

As a linear narrative, I loved how au contraire Ishaan Khatter and Janhvi Kapoor’s teenage romance — paving the way for elopement and marriage — has proven to be… cocking a snook to the ‘real’ times we live in.

And I wondered: how can there be such certitude at such a young age? A certitude that bucks all “social” mindsets and inspires one to break barriers?

It’s just the movies, I told myself hastily. But that didn’t stop me from doing a quick flashback and realising all great Bollywood love stories — ones that have really stayed with me even as I go through the vagaries of experiences — are about young love. Bobby. Qayamat Se Qayamat Tak. Ankhiyon Ke Jharokhon Se. Ek Duuje Ke Liye.

I also realised that, even today, Romeo and Juliet still wear the badge of honour for being the greatest lovers ever. Juliet was 13 (“…she hath not seen the change of 14 years”), and Romeo older, but (nonetheless) all of 18, and they died for love. No one calls them a pair of crazies who needed to get a life, smartphones in hand.

Watching Dhadak made me go back (a little) into the age of innocence — and, by extension, unconditional love of the non-jaded variety. At the end, I was pleased I enjoyed myself and didn’t roll my eyes like a lot of the others in the theatre, saying “Really now! How silly!”

What’s the other, more real, route? Get out and about, live a little, then live some more? Scoff at the idea of “first love” and “crushes”? Settle — and not plunge headlong? When a dreamy-eyed Ishaan jumps into the lake to swim across it and catch a glimpse of Janhvi, he wasn’t going to settle for anything less.