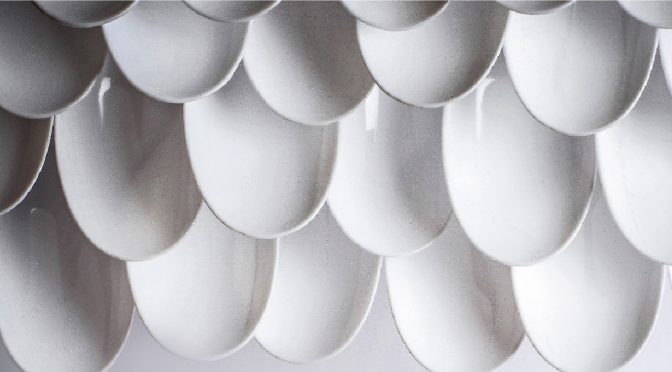 For the last couple of years, I have routinely bought big tubs of chocolate from an ice cream parlour near my house in Khalidiya. I love chocolate, so I never deviate from flavour, but of late, I have tweaked my buying pattern.

Earlier, we would order a family pack, and the guy at the counter would throw in a dozen spoons and napkins with the tub of chocolate. We didn’t think there was anything wrong with this. We didn’t protest because we never thought that this was exactly the sort of habit that was harming the environment.

After all, what was the need for all those plastic spoons (12! Each time!) and paper napkins? Especially as we were only headed home. There were spoons at home. And couldn’t we wash our hands? We didn’t need paper napkins to clog the drawers, the bins, landfills, oceans…

I recently saw a video that disturbed me. It was basically a huge floating gyre of plastic waste floating in the ocean. I agonised over that image and realised I had to at least do my bit.

My husband and I then decided to consciously reduce our consumption. ‘Single-use plastics’ is a phrase that is being bandied about a lot. But I thought I would start from there: eliminate those single-use plastics.

The first stop was the ice cream parlour. It hadn’t occurred to me that I had hundreds of pink ice cream spoons, and reams of paper napkins lying around. Why hadn’t I gotten rid of them?

Last week, when I drove to the parlour and handed over yet another pack (that contained at least 120 spoons [I counted!]), the guy smiled and said, “Are you sure you don’t need this, madam? People often demand extra spoons.”

But that’s just what bothers me. We think it is our right as consumers to ask for extra everything — extra cutlery, extra napkins, extra ketchup. But just because it’s free, must we demand it in such large quantities? So few of us give a thought to where all that plastic is going. Restaurants and stores in the UAE happily pander to our excessive ways. Only recently has a food delivery app given customers the option to say no to plastic cutlery.

I promised myself that going forward, our family would at least try to eliminate the unnecessary. It’s not just ice cream spoons and napkins. Straws, disposable plates, spoons, take-away containers, discarded cling wrap, shampoo bottles, tubes of used creams, plastic cans — the amount of plastic my three-member family generates is enough to kill a river.

Since watching that video of the plastic tree over a month ago, we have upped our anti-plastic drive. It’s heartening to hear about local hotel chains and restaurants eliminating, or planning to eliminate, single-use plastics by 2020. Perhaps this influenced me in a subconscious way. I didn’t want to be responsible for sea creatures choking on plastics that I had thoughtlessly tossed out. And I need to make it a point to always decline the extra ketchup and cutlery. After all, my kitchen cupboard that would shock anyone contained over 570 sachets of ketchup — thanks to nearly two years of hoarding, and my son’s weekly pizza dinner. I could see how I contribute to the 8 million metric tonnes of plastic waste that flow into the ocean each year. There is also the other plastic cutlery, the forks and spoons, evidence of all the Thai curries I have ordered. I had to return those too.

The cafeteria guy in my neighbourhood was more than happy to inherit my collection and pass it on to his customers. He could not figure out why I wanted to get rid of all that ketchup. “We have to order cartons of ketchup packets every week. Is this your donation?” he asked.

When I first started segregating plastics from other waste in two separate bins at home, I wasn’t happy about the reduced kitchen aesthetics, but I kept at it. And I was shocked when I emptied the first batch of recyclable plastic after a week. There was so much trash! I could make the connection between the plastic cup that I would throw and the whale that washed ashore in Spain last month.

Looking for other ways to cut out plastic, I turned to my dry-cleaned clothes that are returned in plastic overalls and wasted no time in calling up the shop to request them not to plastic-wrap my clothes in future. He was surprised, but happily agreed to oblige next time. My husband, who always returns the hangers, was happy to see my attempt at a plastic-reduced existence. He believes the next step is to stop ordering takeaway altogether.

If it is true that by 2050, the amount of plastic in the ocean will weigh more than all the fish, I will be as guilty as anyone else. That should be enough to stop us.

Anjana is a humanist. Her cluttered desk is not indicative of her state of mind