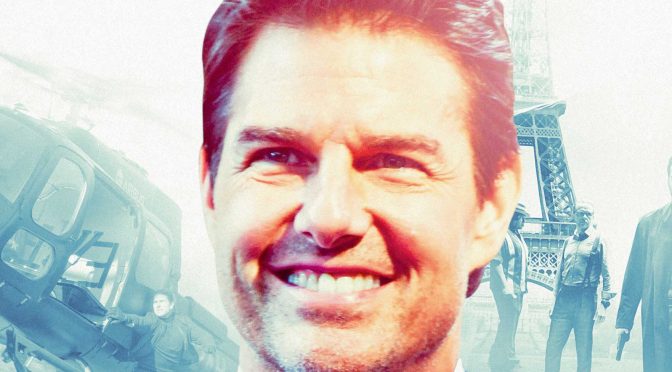 In 1998, just as I turned 13, my parents decided it was time for me to watch my first Hollywood film — the kind that would have characters in flesh and blood in the real world instead of animated fantasies. My father, a devout follower of Sylvester Stallone, decided it would be a good idea to watch an action film together as a family. Even though my 13-year-old heart craved rom-com, action prevailed!I have never quite been sure why my father bought us a VCD of Top Gun — it definitely didn’t have Stallone and was at least a decade-old film then — but, over the years, it turned out to be a good deal. As I watched Top Gun for the first time, I couldn’t make head or tail of its plot. All that stood out in what then felt to be jabberwocky of films was Berlin’s ‘Take My Breath Away’ song and Tom Cruise — the lyrics and the protagonist perfectly complementing each other.

The following year, I watched my second Tom Cruise film — Mission: Impossible and was convinced that he was the finest action hero of his time.

At 5’7”, Tom Cruise isn’t exactly the man you turn to for saving the world in a Hollywood film. However, as Ethan Hunt, what he exudes is power… sheer power. At a time when Jean-Claude Van Damme, Bruce Willis, Steven Seagal had nearly monopolised the action genre in Hollywood, Cruise’s Ethan Hunt — (impossibly) charming, sharp and brave — held his own. In the past 22 years, while Cruise has aged, Hunt has only grown stronger, following one jaw-dropping action sequence after another (often performed by the actor himself). It has also helped that Mission: Impossible has brought humour to its universe through Simon Pegg’s Benji and a more reassuring female presence in the form of Rebecca Ferguson’s Ilsa. Today, the franchise has everything going for it: roaring popularity, memorable characters and, most importantly, big numbers to show at the box office. The flipside? We may just have lost Tom Cruise the actor to Tom Cruise the action hero!

So why exactly should one mourn the loss of Tom Cruise the actor when his newest film looks poised to earn close to $150 million globally? “He has always been more of a star rather than an actor,” a fellow cinephile recently argued. While there may be considerable truth in her claim, I cannot deny being in awe of Cruise’s choices as an actor once upon a time, even though my initiation into his fan club began with an action movie. I still remember being in awe of his sensitive portrayal of Joseph Donnelly, an Irish peasant, in Ron Howard’s Far and Away (1992) and thoroughly enjoyed the street smart sports agent Jerry Maguire in the eponymous film (not to forget a bunch of his other, equally interesting work in Vanilla Sky, Rain Man, Magnolia and A Few Good Men, among others). At that time, the actor in Cruise appeared hungry for complex roles and plots. Tables may have turned when he decided to become the producer. As Amy Nicholson, author of Tom Cruise: Anatomy of an Actor, notes in an article in The Guardian, “Before he became Ethan Hunt, Cruise refused to shoot a gun or a sequel. In the ’80s, he turned down Top Gun 2 to make The Color of Money and Rain Man… For the first decade of his movie stardom, he chased Oscars, not villains, and if his characters wrestled anything, it was their own guilt and privilege. As an actor, that was all Cruise needed. But when he formed Cruise/Wagner Productions in the ’90s and decided to produce his own movies, he needed a hit.” It is perhaps no coincidence then that his next film after Mission: Impossible — Fallout will be Top Gun: Maverick, a sequel to his 1986 hit.

While Ethan Hunt may have provided much-needed oxygen to Cruise’s career as an ageing superstar, it has directed his hunger towards stunts that keep getting edgier in films whose plots keep getting more outlandish (I’m yet to come to terms with the brilliantly shot-but-implausible climax of Mission: Impossible — Fallout, despite the suspension of disbelief the films in the franchise demand). This when contemporaries like Brad Pitt have branched out towards producing more quality-driven films such as Moonlight, Okja, 12 Years a Slave, among others.

Over the years, Ethan Hunt — much like scientology, a contemporary religion Tom Cruise follows — has become a cult unto himself. One that has grown stronger with the success of every Mission: Impossible film. Even some of the other films he acts in these days — be it The Edge of Tomorrow or Jack Reacher — do not deviate much from the Ethan Hunt template. It’s hard not to acknowledge Cruise’s commitment to deliver in the physical aspect of the job; however, it has clearly come at a cost.