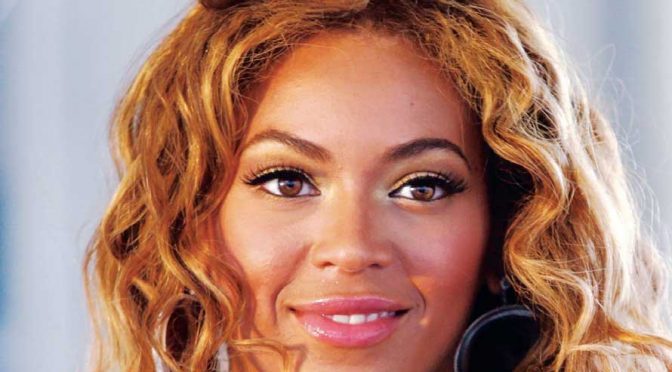 In a recent New York Times’ column titled ‘Where is all the color in the September issues?’, journalist Matthew Schneier writes, “In a survey of the last 10 years of September issues of 10 of the top international fashion magazines, people of colour appeared on… covers 26 per cent of the time”. But this year, he notes, the upcoming September issues have 50 per cent of covers devoted to “women of colour” (the reference to the month is about how, historically and traditionally, September is one of the most significant watersheds in the annual fashion calendar).Women of colour — the term ‘person of colour’, according to trusty Google resources, “is used primarily in the United States to describe any person who is not white” — have leapfrogged exponentially to exposure in a segment (beauty and fashion) which has, over the decades, been noted for its racist undertones.

From all accounts, it’s a great step forward.

But there has to be a couple of caveats.

One, simply increasing the number of covers does not necessarily indicate that racism is on the wane; on the contrary, tomtomming numbers seems to, in one sense, make the matter rise above the clutter — and surely this issue calls for integration, not differentiation?

Two, and more complexly, your colour of skin should not blot out your most inherently important trait: talent. So, if there are more white-skinned models and/or actresses who are better at their jobs, the substance they embody should be factored in first. Alternatively, if the number of talented people of colour overwhelms or is equal to that of Caucasians then, obviously, magazine covers or film posters should proportionately reflect that.

It can be argued, of course, that talent, at times, is largely a matter of “perception”, and that public perception is, alas, way too often hinged on skin colour; but that’s not the point I’m making — all I’m saying is in the race to even out the tones of racism, let’s not make meritocracy a casualty.

A few years ago, the Academy Awards were hashtagged #OscarsTooWhite. I think I had a problem with that because, to my mind, nominations should be done purely on the basis of merit — not whether you are black, white or brown. You can’t be quota-based when it comes to benchmarking creativity. So, yes, if there had been equally compelling tour de forces in acting in the non-white arena, there’s absolutely a case for it. But not because you want to prove a point.

I remember, at the 72nd Academy Awards, in 2000, I was rooting for Denzel Washington to win Best Actor for The Hurricane. But it was Kevin Spacey who won the statuette for American Beauty. Spacey was fantastic in American Beauty, but he didn’t breathe life into his character the way Washington did into his reel-life portrayal of Rubin Carter. In my mind, it was a no-match, so I was gobsmacked when the verdict was pronounced.

A lot of people I knew felt it was a catastrophic decision, with definite racial undertones. It was a mistake, they felt, that needed to be rectified.

Two years later, at the 74th Academy Awards, the Best Actor prize was handed to Washington for Training Day. Terrific performance by him — but, sorry, not a patch on  Russell Crowe in A Beautiful Mind. I watched the live telecast in horror as the jury bypassed Crowe, and tried (or at least that’s what I thought) to make amends for the earlier “oversight”.

My only thought was: at what cost? Is this really fair: to be sidestepping the better performance only because someone wants to be politically correct?

I think my biggest problem with all these “colour causes” is that they only skim the surface… yep, they are skin deep. If Halle Berry’s put on the cover of a fashion magazine or if Beyoncé becomes the face of a major lifestyle brand, will that really change the lives of coloured people living in Alabama tenements? And will that really change the way “white supremacists” think of people of colour? I doubt it.

So, yes, poster boys — or girls — are good cosmetic brandishings, but we really need to get deeper into the matter. Correspondingly, we need also not treat every comment or observation as a racially-motivated one. An ongoing argument I have with some of my friends is about how I’m not alright with Idris Elba being made the new James Bond — simply because when I think of Ian Fleming’s books and his conjuring of 007, Sean Connery is the only man who comes to mind. “OMG, you don’t want Elba to play Bond because he’s black!” someone had once said. “Nope,” I’d said. “It’s probably because I’m not an iconoclast.” I had a problem with Benedict Cumberbatch playing Sherlock Holmes because he didn’t embody any of the physical attributes Conan Doyle’s stories — which were part of my growing-up diet — had imbued him with. I always believed Jeremy Brett was the only person who became Holmes on screen. I hated Brett’s thunder being stolen, as much as I’d hate it if Salman Khan becomes the modern-day Hercules Poirot.