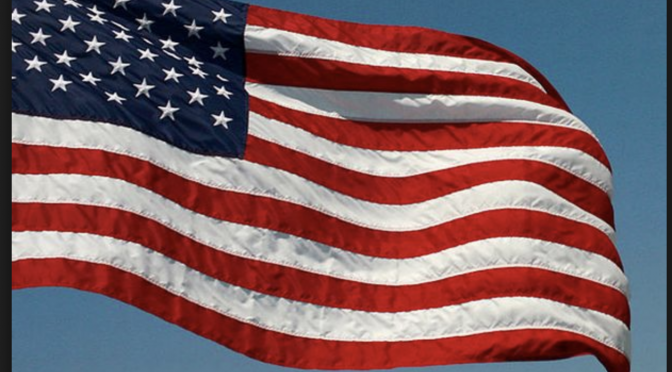 It was a hot Saturday afternoon when a handful of Americans gathered in upper Manhattan in New York to commence their march against the hate that has been wreaking havoc across the country.

They had decided to walk over 200 miles from New York’s George Washington bridge to Washington DC’s Lincoln monument over 10 days to carry the message of love.

The Agape march aimed to confront White supremacists and alt-right groups who planned to gather for the anniversary of the deadly White nationalist Charlottesville “Unite the Right” rally that killed 32-year-old Heather D. Heyer last year.

As I join a small group of Black and White protesters, I meet the Bronx activist Hawk Newsome who is leading the march. “We are here to fight the hate in America with love. It is time that America stood up and said there’s no place for White supremacy,” Newsome, also president of Black Lives Matter of Greater New York, tells me.

“You don’t counter hate with hate, you counter hate with love.” It wasn’t only his rhetoric that re-minded me of Martin Luther King Jr’s fight, but the word “Agape” that means love in Greek was central to the great leader’s civil rights move-ment back in 1954.Posters and signage with “Unify against hate” started to rise and I, along with other protesters, put on our T-shirts marked with “Rejuve-nation” in reference to an initiative that Black Lives Matter launched to call for unifying people and looking beyond differ-ences.Newsome referred to America’s state as a “breaking point”.“We are at the worst places I’ve ever seen and what we need to do is to create a different narrative that is love-centred that tells people they have support and help they need.”It wasn’t difficult to see the reasons that had driven different minorities, including African Americans, to the edge. America has wit-nessed a new wave of white supremacy and racism since the election of Donald Trump who, with his anti-immigrant rhetoric and race intolerance, has that sparked hate in America. The wave is reminiscent of what Luther King Jr faced when he took his movement to Chi-cago in 1966 before he was assassinated two years later.

Though I did not face racist remarks during my week-long stay in America — perhaps my English fluency, blonde looks and casual outfit gave no indication that I’m an Arab Muslim — it wasn’t strange to hear hate remarks directed towards Latinos or those who didn’t speak English.

“This is America, speak English!” I heard a passerby yell at two Hispanic ladies who spoke Spanish as they walked down a busy street in New York. My Emirati Muslim friend was about to get stuck with a White cop who asked him to pull over for taking a wrong turn. “An Arab!” exclaimed the cop, before the other Latino policeman issued him a fine and insisted to let him go.

“There are two types of people in America: those who hate anyone who looks different, and those who appreciate diversity. It’s that simple,” my friend told me.

It was heartful to see a multiethnic group and white men and women of different ages coming together to draw attention to such lingering issues and say “we are not one of them. We love our diversity in America.”

Among them was Sharon London who told me she decided to walk to demand a political reform. “The country has become so divided and only love can unite us all. The march creates a safe space for us to speak about police brutality and incarceration. We demand equality across the nation because America is for everyone.”

After all, she said, the hate of White supremacists caused the death of Heyer, the White woman who sacrificed her life to speak for what’s right.

The hate is also reflected in the police brutality and food inequality that angered African Americans and activists across the nation. Trump’s administration has stopped monitoring troubled police departments, which was the central strategy of the Obama administration to force accountability onto local law enforcement amid rising racial tensions.

Rates of heart diseases, diabetes and other lifestyle ailments are massively disproportionate in African-American and Australian Indigenous communities as junk food and soft drink manufacturers target poor communities where knowledge of healthy eating is disregarded under financial and other pressures.

With enthusiasm and a loud “call to action” voice, Sanford Rubenstein, a civil rights lawyer who is part of Newsome’s team, says America has moved backwards in its racial tensions ever since Trump was elected. “We had over 20 investigations during the Obama administration in which change was accomplished so people would stop dying in this country.

For him, issues in America will stop if enough pressure is put on by the public. It was indeed time for people to start a conversation about a solution and look beyond dismissing other groups.

But how effective will a march of love and peace could be against rising hate and anger? I thought.

The small group started their march towards the George Washington bridge before they break into slogans “Justice for Heather Heyer, say her name: Heather Heyer” and “All lives will matter when Black Lives Matter.”

I left halfway through to catch my flight to Dubai, wishing them good luck and leaving with a little hope that their message of love would actually work.

On Sunday, 12th August, I jumped off my seat when I heard that the counter-protesters massively outnumbered the White supremacists who showed up in small numbers two blocks away from the White House.

“It worked!” I thought. Newsome and other fellow activists succeeded in gathering people who are still ready to look beyond differences and speak with love and peace.

Hopefully there will come a day where the government condemns the alt-right groups and the Ku Klux Klan. But perhaps the love march was only the beginning to the end of racial segregation in America. Only time would tell. And the nation has to keep praying.

Sherouk is best known for her messy car, office, and thoughts.