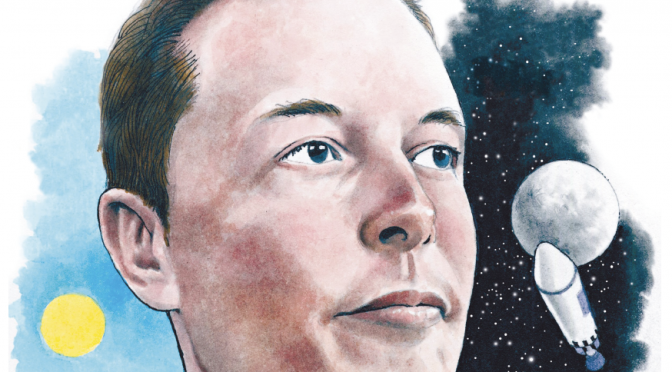 I like Elon Musk and CEOs like him who make the impossible happen. Their innovative streak and their spark for ideas is infectious. It inspires people to be entrepreneurs who set out on their own and go against the grain. They are called visionaries, who envisage the future, who are driven, while mortals watch and fawn at their achievements. They can go on and on, and their contribution to humanity becomes the stuff of legend. “Iconic, out of the world!’’ are terms and phrases thrown about with stray abandon and the legion of admirers are only growing for these Silicon Valley types and titans.

Musk, the CEO and chairman of Tesla and founder and chairman of SpaceX, has, indeed built some out-of- the- world iconic brands. In fact, he’s also a co-founder of PayPal, which has grown to become one of the world’s largest online payments platforms. Even his so-called vulnerabilities are worthy of adulation among his die-hard followers. Those much-lauded vulnerabilities were revealed during a recent interview to a newspaper. Musk was emotional and nervous at times; he was sensitive, he appeared caring (he loved his kids and wished to spend more time with them but couldn’t), he worked insanely hard for his share-holders, he stayed longer at the Tesla factory even when he should have been partying or attending to some family business.

But what came as a shock was the revelation that he works 120 hours a week. Worse, he hasn’t taken a vacation in years, and has been stuffing himself with sleep medication. The article said he alternated between “tears and laughter” and the CEO non-pareil said he was “exhausted” which the newspaper praised as “vulnerable” and “human”. Now, what did they think he was? A humanoid! Another column praised him for jetting off to his brother’s wedding in Italy for a couple of hours, and said it proved his companies could manage without him being in control for a brief period. It made me laugh and weep at the same time as I pondered this loss of control in Tesla. To me, Musk was a control freak who wasn’t in control of his human relationships and his personal life and busy compensating with his sleepless antics at Tesla.

Arianna Huffington, who now considers herself the high priestess of sleep, after seeing it all as a media tycoon, even wrote a letter to the guy expressing concerns about his health. After the usual, expected lines about how she loves what he’s doing and his love for his children (children always strike an emotional chord), she talks about the science of sleep which I cut and paste here: “You’re a science and data-driven person. You’re obsessed with physics, engineering, with figuring out how things work. So apply that same passion for science not just to your products but to yourself.”

She then goes on to say: “People are not machines. For machines — whether of the First or Fourth Industrial Revolution variety — downtime is a bug; for humans, downtime is a feature. The science is clear. And what it tells us is that there’s simply no way you can make good decisions and achieve your world-changing ambitions while running on empty.

”Musk wasn’t taking it lying down and he shot back saying there is ‘no option’, that Tesla’s Model 3 demands that he remains on the shop floor, sleepless, to ensure targets are met. He even called the process “production hell”.

What Musk forgets is that long wakefulness could shave many years of life, slow down his productivity, and his ability to think correctly. He’s also prone to spending the early mornings on Twitter which puts him in President Donald Trump’s league. That’s when all hell breaks loose. I call it the witching-bitching hours. Imagination runs low during these hours and stupidity takes over when it is “human” to be in bed catching some much-needed rest. In fact, I’ve been low on fuel this past week because floods on Kerala kept me awake for most of the night. Fitful, terrible sleep. I called the folks at home every 4-5 hours. My mom felt this is the end of the world. I could sense the fear and helplessness in her voice. It is watery hell, she said as she imagined a Noah’s Ark scenario when the rains came down and the floods went up. My dad, on the other hand, said there’s little people could do against the might of nature. You simply succumb, he said philosophically.

I asked him if he managed to catch some sleep at night as there were concerns about flash floods in our area with the dams being opened. He replied: “I sleep when I have to, I can’t be alert to the point of death.” Mercifully, our house was spared and my mom’s now busy visiting relief camps and organizing stuff for the dispossessed while dad is catching up on sleep.

Coming back to Silicon Valley from my personal distress zone, Musk and other industry czars must understand that they too are mortals – a very humbling but not unique experience. And in this ‘weakness’ of humanity there is untold, unimaginable and unexplored strength. There cannot be eternal beings here on earth, even if you hail from Silicon Valley where you think the world of yourself. Staying alive till the end of time is not embedded in the human genetic code. The science of staying healthy means getting what’s natural for you. In this case, sleep, which means humans shouldn’t be ashamed of dozing off.

The Tesla chief would do well to review his leadership style by delegating (find a second in command), integrating people into the art of smart working and then relegate himself to the sidelines where he can think more and come up with brilliant ideas. He should start respecting restfulness to regain the mental agility that he badly needs for future innovations. While I admire his Tesla and SpaceX ventures (I don’t know much about PayPal), my personal favourite has been the world largest battery of 100 megawatts Musk helped build in south Australia. That’s the work of a mass genius which has the potential to power the world with clean energy. But before he embarks on his next big venture, he should recharge himself with some well-deserved slumber.

Allan is a history buff and news junkie