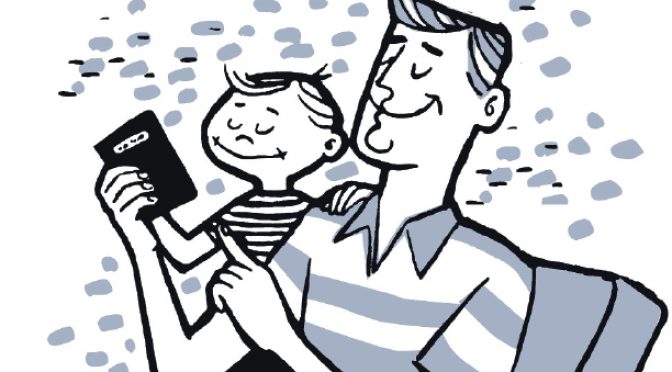 They say a picture is worth a thousand words. I wonder how many that would be when it comes to GIFs.

I began to think of this recently while exchanging those cute (but also most of the time, annoying) short-timed moving images with my family, specifically my son. We’d normally end our conversation with an emoji, most of the time the hug or kiss ones. But lately, GIFs, or the Graphics Interchange Format, were our parting shots of choice, from happy bye-for-now and see-you-later stuff to anything that screams utter nonsense.

While GIFs have gone mainstream in recent memory thanks to companies making them available on our devices, they’ve been around for decades. American computer scientist Steve Wilhite came up with the first black-and-white prototype on June 15, 1987.

Being the straightforward user that I am, I’m satisfied with emojis when responding to certain messages. But GIFs grew on me. And now I use them with others as well. Probably it’s because I’m curious about how people respond to my hand-picked ones. Forget emoji wars; the battle of the GIFs is, for me, emblematic of 2018 (even if I have once again entered the fray too late).

One particular GIF that caught my attention was of two bears, parent and cub, hugging. If you search ‘bear hug gif’ on Google images, it’ll come up fourth. Enter ‘bear hug giphy’, it comes up second. The short scene shows the two bears cuddled up, the cub rubbing his cheek on mom or dad’s, who then assure the little one, ‘I’m here; there’s nothing you need to worry about’. Or, ‘I want to get cozy with you’. Or, ‘what a wonderful life we’re living’. Or, at its simplest best, ‘I love you’.

See? I told you. Giphys or GIFs convey more than a thousand words — bad ones included.

The flip-side of this shows the exact opposite: there tends to be an overuse of these images, from best to pest, as I call it, as anything used excessively can be pretty irritating, especially when the things you see aren’t exactly the kinds you’d like to feast your eyes on.

But forget reacting with words; the action itself can be really exasperating at times, just like in one situation I (willingly) put myself into: after a lengthy conversation with a friend, said person reacted to something I said with one cute GIF. I fired back with my own adorable one. Friend ups ante, sending another that didn’t quite fit into our chat. Yours truly shot back again, only to be on the receiving end of another nonsense response. It went on… for half-an-hour. Suddenly, I realised that I was pinned to submission exchanging nothing sensible. Sure, the GIFs were entertaining, but at that point it was akin to using biological warfare on me. Thirty of the longest minutes of my life that I’ll never be able to get back.

Well, I’ll always have that bear hug to turn to — one of the most emotion-triggering things for me, especially when I consider that my son, my only child, all of 12 years of age, is already tall as I am. The cubs don’t remain cubs.

And every time I see that GIF and think of that, I’m like, dang, I’ll never be in the same situation as those bears, me hulking over my son and him entrusting his whole being to me, so to speak.

Often, we see our lives reflected in others. There are times on the street or on public transport when I see little kids behaving the way mine would, and those flashes to the past have often caused me to tear up.

Amid all this GIF madness, I told my son, after sending that bear hug GIF, “this will always be you and me”. He responded with thumbs-up and hug emojis — plus that same GIF returned to me for good measure.