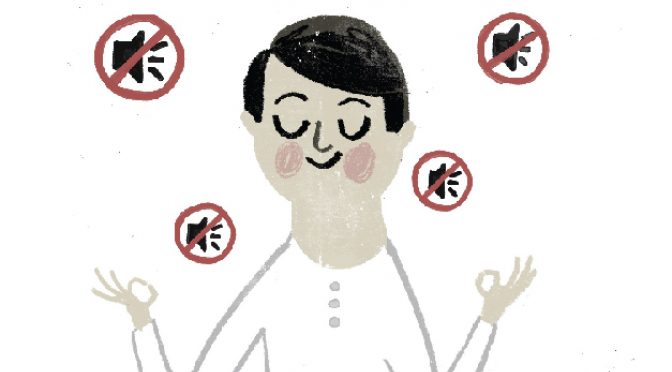 Five years ago, trying to escape the noise at a shopping mall, 16-year-old Calvin ran towards a stranger and grabbed her hand. The stranger, caught unawares, shouted at the boy. Seeing the commotion, Calvin’s mother, Meena Noronha, rushed to explain to the shopper that her son was autistic but it didn’t help. Meena was asked, “How could you leave your child alone in a mall? Why haven’t you left him at home?”

Over time, Meena, an Indian expat living in Dubai for 12 years, with her now 21-year-old son, has learnt to take such reactions in her stride.

It’s not unusual to see a child throwing a tantrum in public. Onlookers might attribute the behaviour to poor upbringing or a lack of discipline, but few consider that the scene in front of them might be a child on the autism spectrum having a meltdown.

According to an article published in June in The New York Times, “Autism is a lifelong developmental disability that affects how people communicate and relate to others, and how they experience the world around them”. The article quoted a study that said more than 60 per cent of people with autism avoid shops, and 79 per cent feel socially isolated.

In the UK, supermarket chain Morrisons said it would set aside an hour every Saturday — 9am to 10am — to help reduce the sensory overload at its stores. The move was welcomed by the National Autistic Society: “Even small changes can make a big difference in the lives of people with autism and their families”.

“Around 700,000 people are on the autism spectrum in the UK,” Tom Purser, of the National Autistic Society, was quoted as saying. “This means they see, hear and feel the world differently to other people, often in a more intense way, which can make shopping a real struggle.”

It’s no wonder that going to the supermarket here in Dubai is a routine that 11-year-old Oscar Allen and his family dread. As a single parent, Oscar’s mother Andrea only has the weekend to stock up on provisions. And she doesn’t have an option but to take him along.

Andrea moved to Dubai from London 12 years ago. She works as a special needs learning support assistant at Horizon English School near Safa Park.  And she, of all people, knows that children diagnosed with some form of Autism Spectrum Disorder can’t deal with the noise, the bright lights, the large crowds. For children like Oscar, a visit to a hypermarket is 10 times more stressful than it would be for you and I.

When I spoke to families in Dubai about the concept of a silent hour for making hypermarkets more autistic-friendly, they welcomed the idea. In the UK, besides Morrisons, giants like Tesco and Asda stage a ‘quiet hour’ to help autistic and disabled shoppers. During the first hour over the weekend, they dim lights, and turn down the in-store music and display TVs. All steps that can easily be replicated.

In Dubai, Carrefour has special counters for families of autistic members or disabled but it is often used by regular shoppers. Andrea feels that “special counters agitate others as they don’t understand why they should use a separate queue.” IKEA, similarly, has queues for pregnant women and families with special needs but they are often not staffed, Andrea points out.

Philippe Peguilhan, Country Manager, Carrefour UAE at Majid Al Futtaim Retail, clarified that the counters are not dedicated for people of determination but they are prioritised at at least one counter. “Priority signs are also available on top of those counters and cashiers and supervisors are trained to serve them first.”

To counter the crowd, American expat April McCabe prefers to visit the grocery stores with her 15-year-old son Owen in the mornings “as it is less chaotic than the afternoon,” she says. McCabe would be happy to walk into stores that are easier for her son. Dim the lights and turn down the music, simple steps, suggests McCabe, a Family Outreach coordinator at Autism Rocks Support Centre.

When Owen was younger, McCabe would avoid going anywhere because of the unpredictability of meltdowns and the way crowds reacted towards them. “People don’t realise how much they stare whenever they see a child who acts a bit differently.”

This should make a lot of us check our assumptions of how much empathy we show to kids we assume are just misbehaving and need to be disciplined.

Pakistani expat Savita Aakash, mother of Eshaan, who will soon turn eight, says, “Due to lack of awareness, I expect least from anyone to help me and my child”.

Are there challenging experiences in public? There always are, for all parents of autistic kids especially when they become adults.

Savita does, however, remember many instances when people’s humanity towards her child has been on display. Once at an Etisalat customer care centre, her son was having stimming behavior  when an aged gentleman reached out and told him in a strict tone to be quiet, which Eshaan couldn’t decipher. Savita watched as a local man told that gentleman to step out of the store if he had issues. Later, few people and the staff went out of their way to  make him and the mother feel comfortable.

“My son covers his ears when loud music or announcements are played at the hypermarkets. Parents avoid taking their children out and they end up in silos, which restricts their growth.” They shouldn’t have to.

Savita is grateful for the steps Dubai takes for those with special-needs (fast access queues, disability parking, free Emirates ID renewals, exemption on salik, etc), and would fully welcome a step like a silent hour at hypermarkets.

“Kids with autism or other neurological disorders can be trained in the naturalistic environment setting for normal life chores. Grocery/shopping  practice can be taught in quite and less crowded time under supervision.”

A spokesperson of Lulu Hypermarket was open to the idea and told Khaleej Times, “We’ve done similar initiatives in the past on certain special days. Yes, we will definitely explore ideas to make our hypermarkets more accessible and friendlier to those who need our help.”

Andrea says, “If they say we can shop with our child between 9am to 10am, I will be at their doors before they open and make sure I finish by 10am. It will make a huge difference to families like mine. Just one hour can save us an entire day of stress and anxiety for my child.”

How can a ‘silent hour’ help?

“Going to a hypermarket can be a daunting task for an autistic child. We need to expose the child to the elements of the supermarket before physically getting there. The first step is priming, where we focus on exposing the child to the store through videos, pictures. Secondly, we identify a suitable time for the child to visit the store as regular busy hours can be stressful. Once the child is acclimated to the shopping environment, you fade them in with more people.”

Anita likes her quiet time and weekends at the beach