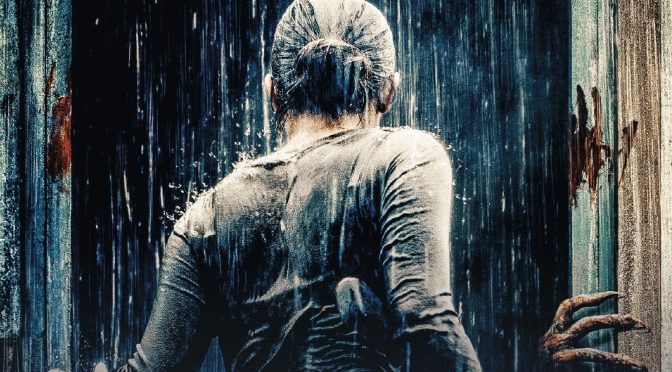 By Anamika Chatterjee and  Dhanusha Gokulan

“The gimmickery reminded me of  Zee Horror Show”

Horror entered my life when I was 12 years old. Back then, it was a forbidden genre in our house. My grandmother felt watching ghosts could wreak havoc on my brain. There were many things wreaking havoc on my 12-year-old brain, and a ghost on television couldn’t possibly have made a difference. Or so I thought until one day my mother reluctantly agreed to watch Bees Saal Baad (the 1962 Bollywood thriller) with me. The black-and-white macabre film, coupled with Lata Mangeshkar’s haunting rendition of Kahin Deep Jale Kahin Dil was enough to send a chill down my spine. What the film instilled in me, however, was an appetite for horror. As I aged, the cinephile in me signed a pact with the virtual devil — bring on the horror and I’d deal with it.

At age 12, Bees Saal Baad felt simple. Today, it feels simplistic. Horror genre is being reimagined in many popular as well as arthouse films. The idea of a ‘ghost’ is now used as a metaphor to comment on social and political milieus. Take, for instance, Get Out (co-produced by Jason Blum, who’s also backed Ghoul), that gave the genre a gentle nudge by interweaving the narrative with racial politics. Horror, in films like Get Out, emerges as much from holding a mirror to society as it does from the menacing figures.

In that sense, the premise of Netflix’s Ghoul holds promise. A totalitarian regime persecuting its citizens who are deemed ‘anti-national’ every time they challenge its authority; for those following a certain narrative of India, it’s a familiar world. But this is exactly where the series chooses to bid adieu to subversion to welcome the real star of the show (not Radhika Apte, but the titular ghoul) decides to become a regular horror show that makes you cringe.

The story revolves around a young military recruit who belongs to (what is suggested) a minority community. We know she is a loyalist when she turns in her father, who is in possession of ‘seditious’ literature, to the cops. Soon after, she is called to interrogate a dreaded terrorist who seems to know the deepest secrets of his interrogators’ lives. What sounds brilliant on paper becomes a caricature on the screen almost as soon as the titular ghoul reveals itself. From there on, the show bids farewell to subversion, instead opting for gimmickry and bloodbath that will remind you of Zee Horror Show.

The job of a horror film or a series is to bring its audiences to the edge of their seats. Ghoul fails to do so. The tropes are a little too familiar, except perhaps a scene where you’re left wondering which of the two bodies is now inhabited by the mythical monster. For a creature that many reviewers suggested was a metaphor for being a counter to majoritarianism, the ghoul feels like a Terminator from ancient times. The protagonists are equally robotic, often deprived of the layers of context that their characters demand (a top military officer is revealed to be a wife-beater and that’s all the back story that the script can afford him — heartless at work, heartless at home, hows and whys be damned). As a result, the ghoul as well as the humans feel robotic in their respective missions to annihilate.

After the first episode (of three), the show’s commitment to ‘subversion’ also feels half-hearted. Given that Ghoul flirts with the idea of holding a mirror to a society’s moral failings, it does very little to flesh out its main characters. For instance, the scene where Nida Rahim (Apte) gets her father arrested begged a few questions. At which point would someone like her choose conformity over her father’s defiance? What would have shaped her worldviews growing up in a totalitarian state? Most importantly, what exactly is her worldview? The show never spells it out, even though the real devil in the Ghoul would have been in these details.

Ghoul might have aspired to redefine the genre in Indian screens, but it did have templates to work with. Here, Apte’s character has been denied complexity. The examination of the monster within is as half-baked as that of the one outside.

“So scary! I had to watch it with my Labrador”

I’ve sometimes wondered how India would do under a totalitarian regime. What if there were a zombie attack? What if our farmers couldn’t grow rice, wheat, and vegetables anymore?

The thing is, except for my imagination and tea-time discussions about how we would survive a full-fledged zombie invasion, I’ve never watched a good movie or television series that depicts a post-apocalyptic India. And I’ve always laughed at India’s attempt at horror.

I have a weakness for the genre though. I’ve watched almost every movie featuring mythical creatures from folklore that there is. Growing up, I was fascinated by vampires, werewolves, witches, demons, zombies, evil clowns. So when I watched the trailer of Ghoul, starring Radhika Apte of Sacred Games fame, I dedicated my Saturday night to the miniseries. Patrick Graham wrote Ghoul and it was co-produced by American horror staple Jason Blum of Blumhouse, makers of Get Out and Insidious. I’d braved those two movies; Ghoul was going to be a cakewalk.

Except for my Labrador Whisky, I was alone at home. I settled into my couch at 12.30 am, and in 20 minutes, I realised I’d been overconfident. But even though I was scared, I was compelled to watch the entire series in one sitting. That night Whisky slept on the couch right next to me.

Ghoul is set sometime in the ‘near future’. Sectarian violence has reached a crisis point, and secret detention centres have been established. A military clampdown is in effect. Terrorism has become widely prevalent and the country is in turmoil. It has become clear that a dystopian India is an un-secular India.

A ‘Ministry of National Protection’ (NPS) has been established, and officers are moving from house to house on the lookout for ‘suspected terrorists’ and ‘anti-nationals.

Protagonists Nida Rahim (Radhika Apte) and her father Shanawaz Rahim (SM Zaheer) share differences of opinion about the regime. Nida is a top-performing cadet at the NPS; however, her father is disgusted by the regime’s atrocities.

Suspecting that her father harbours anti-government sentiments, Nida alerts the forces, and he is taken away to a detention facility for ‘correction’. A few months later, Nida is posted at ‘Meghdoot 31’, a detention facility with a reputation for torturing its prisoners. At one point, a guard explains to Nida that the windows of the interrogation centre have been purposely boarded up with black sheets so that it messes with the body clock of the prisoners inside.

Complete with quips about real current issues, this bleak vision of India was well-documented and was far more terrifying than the supernatural elements in the show. For example, in one scene, Nida and her father are seen travelling to an undisclosed location in a regular 21st-century car. Nida uses a phone that resembles a Nokia 3310. What about smartphones? During an interrogation scene, the show creators casually placed a copy of a newspaper on a table (good to know print is not dead!). All this could mean the show speaks of a not too distant future, and that left me feeling terrified.

The supernatural elements in the show were somewhat predictable. The jump scares, possession scenes, the torture techniques, and the demonic faces were well placed in between scenes, but I could easily sense when things were going to get a bit too gory.

The dystopic premise and plot twists made the show an exceptional thriller for me. At one point, I was expecting the final episode to take a twisted turn. What if the entire series of events was a figment of Nida’s imagination? And the interrogation centre was, in reality, an institution for the mentally disturbed?

At some point, I also began to realise that the Ghoul could also be a story about a daughter’s failure to understand her aged father. And as the story progresses, she recognises that her father may have been right all along.

When Dhanusha’s not running after her Labrador, she writes songs