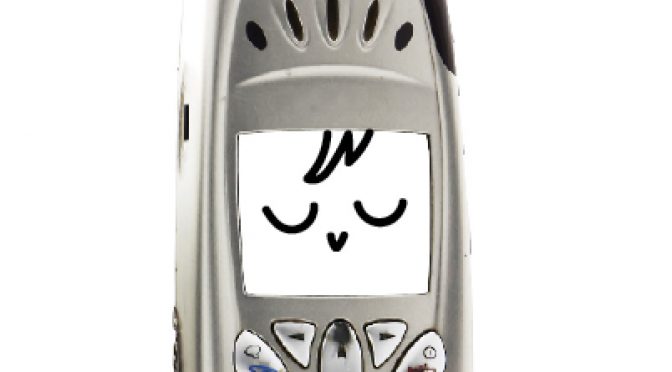 My service provider sent me a stinker the other day telling me that my data plan had been deactivated. I had been bad, hadn’t topped up credit, had let the time period lapse. So if I wanted to regain entry in their good graces, I needed to march my behind to one of their outlets or call some number to figure out a new plan.

I’ve been waffling. What will happen if I don’t have data? Nothing. I felt happily vindicated even to hear that global sales of smartphones have risen by 2 per cent last year, while dumb phone sales snuck up by 5 per cent. A minority seems to be coming to their senses. By not reactivating my data plan, I bring my phone as close to dumbness as I can bear.

Dumb phones (aka feature phones) don’t deal with the nuisance of data plans and Dh100 for 1GB, and curt reminders from service providers. Several handsets are cheaper than one month’s data plan. Like the ‘rugged dual sim mobile’ for Dh57 on Souq.com that one should be allowed to toss from the top of the Burj to see how rugged is rugged exactly.

Even when I have wi-fi, I am at peace because some time back, I swiped shut all push notifications (there’s a statistic on this coming up later in this copy). I might soon be able to hold a real conversation, sustain eye contact, without lighting up phone to see if anyone has needed me since I last checked it three mintues ago.

Three years ago, one Anastasia Dedyukhina split with her smartphone when she realised how dependent she was on it. With all that time and newfound concentration, she wrote a book and gave a TED talk in December 2016 on the virtues of life minus smartphones: “We check our devices 221 times a day, according to Tecmar or every 4.4 minutes of the times you don’t sleep,” she said. This sounds mad, but believable. In the mere act of typing just the last five paragraphs, I’ve picked up my phone at least twice.

Things on the concentration front have lapsed into such disrepair that I now have an app, called Forest, which helps me stay away from the phone for little blocks of time. I have to set timers for 45 or 75 minutes to not look at my phone. In that time, a little cedar tree ‘grows’. Corny, I know, but it’s how the app manipulates me to be productive. I also planted some bushes in capsules of 30 minutes. The more the foliage, the more evidence of having gotten ahead in your battle with the smartphone. Concentration improves. I’m now looking forward to my cherry blossoms. People around me think I’ve lost it, but the psychology appeals to the gardener in me. I can’t be like Dedyukhina. I like to be connected. I am, however, working on being connected on my terms.

A couple of weeks ago, I was spooked by what America’s AI developer Vivienne Ming predicted to the Financial Times: “Within a generation we might see widespread early-onset dementia because the apps we use to do everything from navigate us through traffic to select a restaurant are depriving our brains of the exercise they’ve become used to over millions of years”.

Yiikes! And to think of my friend in college whose dumb Nokia 1100 could only save so many numbers so he memorised the most important 10. And now, look. Smartphones are facilitating the decline of our brains. Not only that, our behaviour is being controlled.

In her TED talk, Dedyukhina quotes a report that 87 per cent of android users and 48 per cent of iOS users opt for receiving app notifications on their devices. All these people, she says, allow their devices to decide how they will behave. I’m thinking of altering the course of my behaviour, and not giving my Dh100 to Etisalat. There’s wi-fi at home, in office, I ought to not need more internet. But…

I don’t know many people a dumb phone anymore. Even elders in the family have upped their smarts. I was recently told, “With you youngsters it seems like if we’re not on WhatsApp, we don’t exist.” The lady may have had a point. Who sends plain ol’ text anymore?

I miss people sending texts. Till about four years ago, I used to have a problem when unknown people, say, for work, would inundate me with WhatsApp messages. Just like that! What happened to digital etiquette, space, boundaries? E-mail? But one has to come around to the bane of the blue ticks. If we all still had dumbphones, that indignation at the free-for-all access wouldn’t occur. We’d lose some connectivity, but would that be so bad?

Dumb phones that we all once had, and on which you could only make and receive calls, are now being marketed as great for mindfulness, “a means to switch off.”

Dedyukhina asked the audience, “Have you ever thought why the most expensive areas in the city are usually the quietest ones? Why is it that, in airport business lounges, there is hardly any sound or music or advertising? Why is silence valued so highly? It’s only in silence that our brain gets an opportunity to process information that we have been feeding into it.” She said, we cannot take good conscious decisions or be creative if we are overwhelmed. “And we are always overwhelmed when we go online.”

Self-management, she said, is the last cornerstone of changing your digital behaviour. “We need to give up on the idea that we have to be connected or accessible 24/7”. Aye. Listen to her talk. If you start watching it on your smartphone though, at least acknowledge the irony.

Nivriti misses being able to slam the phone. Hanging up is not half as satisfying