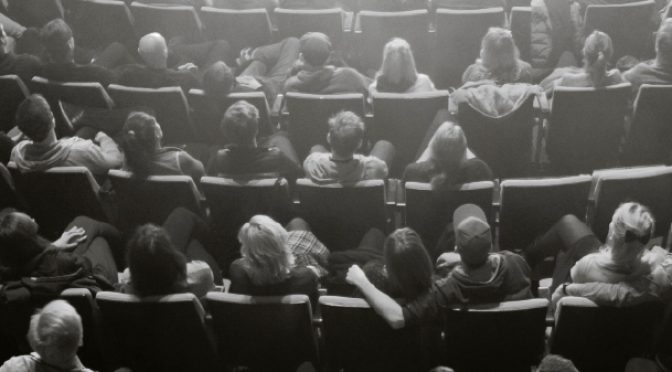 Last week, I went for a movie to the theatre, and realised it was “house full”: every single ticket was sold out. In this empowered age of technology, I’d purchased my virtual tickets on the Vox app, where you can see exactly how many seats are “available”, and can choose your seats at the click of a button; you don’t even need paper tickets any more since you only have to airily wave a barcode in front of some machine in order to waltz right in. But it was nice to see that people were actually taking time out to visit the movie theatre instead of streaming pirated prints on deadbeat television sets and feeding off them like zombies.

There used to be a time — a couple of decades ago and prior — when you’d approach a cinema hall with dread: what if you find the “House Full” board planted on the frontage (or in the lobby)? One could do either of two things. Advance booking — which meant visiting the theatre a couple of days, or at least a day, in advance and purchasing tickets (if you had advance tickets of a big-ticket release, they became badges of honour — way more important than designer handbags — you could flaunt proudly). Or advance planning: formulate ways and means to beat the traffic and reach well before time, somehow jump the queue and dive right into whatever was on offer at the ticket window.

In India of yore (before multiplexes came into force), ticket windows had a cubbyhole through which the exchange of cash for tickets would ensue. A dog-eared, printed seating map would be pushed from under the cubbyhole; the seats you chose would be crossed out with a thick-headed black lead pencil, and you’d feel a frisson of self-importance coursing through your being because your seats — and, by extension, your presence — had been “marked”.

But it was the “House Full” board or hoarding (hanging from some structure) that had me fascinated. Because, you see, unlike today’s eco-system, “House Full” didn’t always mean it was the end of the road.

It opened up another avenue of opportunity: the black market.

If you had money to spare, you didn’t have to go back home disappointed or settle for an also-ran in the neighbouring cinema; instead, you sent out feelers to “blackers” that you badly needed tickets and were willing to pay a premium.

Blackers, if you don’t already know, used to buy tickets en masse (for popular films), and block out certain sections of the seating map. Then, they would identify needy faces in the thronging crowd, sidle up to them, and edgily whisper the going rate — which used to be double the price of regular tickets, at times triple, depending on the fan following of the movie.

The first time I encountered this phenomenon was when I was about 11 or 12; my aunt and her friend wanted to go for a matinee show (3pm) of a newly-released Jeetendra-starrer, and they took me along because I’d been hovering around them (at home) with a hangdog no-one-ever-takes-me-to-the-movies look on my face. We reached the theatre 15 minutes before the movie was due to start, but the moment we stepped into the lobby, there it was. House Full. In full glory. I was about to burst into tears: I’d never get another chance to watch this Jeetendra-starrer, I thought dismally, because my parents had this strange notion that Bollywood movies were no good whatsoever and definitely not suitable for young minds (like mine).

“Don’t worry,” my aunt said in hushed tones. “We’ll get tickets in black.”

I had no idea what she was talking about, but at least she was asking me not to worry. Hope floated.

Soon, a dodgy-looking man came to our side and muttered something along the lines of “Saat ka bees, balcony tickets”, which, I was soon to discover, meant Rs20 for the Rs7-priced balcony tickets. My aunt’s friend wanted to know if my aunt was okay with doling out Rs60 for Rs21’s worth of screening. “Yes,” my aunt (atta girl!) pronounced, “I need to watch this film today — have to discuss it with my other friends at a party tomorrow.” The premium sum was exchanged for three weather-beaten tickets, and we were soon seated in fairly decent seats, eating turmeric-coated popcorn out of a plastic packet.

The ‘House Full’ sign was something I went on to encounter many times in my life after that. Most times, I’d simply turn away and go for another (less popular) film in the vicinity; but, at times, me and my friends or cousins would buy tickets in black, be slightly guilt-ridden since it was A Bad Thing to do (there were frequent police crackdowns on blackers), then get over it in a trice and get on with the task at hand: watching the movie.

Last week, when I entered the “house full” cinema theatre with a barcode on my smartphone and cheese-and-caramel popcorn in a tub, there were obviously no boards to announce the occurrence. But, in a huge bout of nostalgia, “house full” brought back a full house of memories.