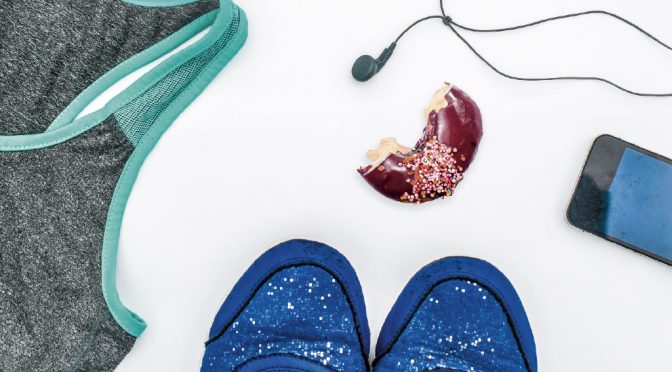 An image of a roast dinner popped up on my phone a few weeks back. It’s the meal that adorns the plates of households across the UK on a Sunday afternoon; a kind of weekly ritual that can’t be missed.

Bearing all the trademarks of standard English cuisine; meat, two veg, and a few extra trimmings, the country goes mad for a roast. What elevates it from ordinary dish to extraordinary feast is the addition of lashings of gravy and the synonymous Yorkshire pudding — a kind of puffed batter that’s baked. The whole meal is calorific, best drenched in salt, and in my opinion, overrated, but that’s a whole other column.

A friend sent the image through via a WhatsApp group. Under it, no words, just visuals: heart eyes emoji and drooling face emoji.

A few seconds later, my phone pinged again. This time, dessert. A gooey chocolate brownie, complete with ice cream on top and a pot of double cream on the side; unnecessary, but a welcome addition for the lips (not so much the hips). That picture came from another friend on the group. Under it, the words: “13 stone. Winning”. Below it, the flexed biceps emoji.

I reacted by sending over a shot of an empty packet of crisps, a ‘grab bag’ size, which lay strewn on my lap. “A little treat before dinner,” I typed. And friend one messaged back. “No hope for any of us,” with two laughing emojis.

The three of us are forever messaging back and forth, updating each other on our weight loss attempts. But ironically, we find ourselves sharing more pictures and stories of our fails than successes. We take comfort in knowing each one of us is just as useless as the next.

Last year, in another bid to conquer our flab-busting pursuit, I laid down the gauntlet by suggesting a four week challenge; some friendly competition to kick us into gear. I timed it to coincide with the debut Dubai Fitness Challenge; an initiative that promised — and delivered — on turning the city into a free activity playground. For 30 days, the city hosted free classes, free gym passes, and free weekend carnivals where downward dog and bridge poses were a common (but frightening) sight for a fitness-phobe like me. It was my chance to get involved and shed the pounds.

Instead of sharing pics of my food regrets on that WhatsApp group, I was going to send weekly updates of my shrinking frame instead (or at least that was the goal).

The three of us started by baring all. Standing in skimpy gym wear, we threw caution to the wind and revealed our lumps and bumps by way of a phone snap. A shot of us each standing on a set of weighing scales followed; the weight, in digital format, in shot.

The plan was to update with a progress picture every week for four weeks; the hope was for a new and improved svelte frame at the end. Dubai Fitness Challenge was my ticket to a new me.

786,000 residents took part in that first challenge. Between them, they clocked in an impressive 2.5 billion moves on the mobile app. Sadly — and not surprisingly — I wasn’t one of them.

Despite my hearty resolutions, I didn’t contribute one step to that 2.5 billion figure. Instead, it was my own figure that expanded. At the end of the 30 days, the number staring back at me from the weighing scales had increased. I piled on 2.5kg, but I wasn’t alone. Friend one accrued 3kg of extra padding, and friend two ate her way to being 1.5kg heavier.

“Well, we’re good at gaining weight at least,” friend one typed in the group; three laughing emojis in tow.

I’m definitely in good company when it comes to not delivering on the deliverables, and that definitely eased the blow of my newly-acquired spare tyre back then.

Knowing my fitness fails would be the topic of my column this week,  I was curious to hear the struggling tales of others, so I put the question out there. The responses that rolled in made for some welcomed light comedy, and laughing burns calories, right?

“I once cried into a bacon sandwich on a Monday morning because someone had eaten my apples. I felt it was a sign that losing weight would never happen,” one reader responded.

Brit expat Louise Lewis, although a stranger to me, shared a tale that has some uncanny parallels to my approach at shaping up, “My entire life is an anecdote about weight loss. Every morning I convince myself I’m going to eat well and by 8am, when my youngest is down for a nap, I’m stuffing my face with anything that will see me through until her next nap. By dinner time, I’m eating chicken nuggets, chips and beans thinking ‘ah sod it, I’ll do it tomorrow’ — and thus, the cycle continues.”

“BUT”… and she reiterated the but using capitals, “I haven’t had sugar in my tea for two years”. A small but mighty victory for Louise!

For Lisa Clark, the phrase ‘fridge pickers wear bigger knickers’ is a favourite, but one she takes little heed of, “Still doesn’t stop me eating. I just buy bigger knickers!”

The men weren’t shy of humourous anecdotes of weight loss fails either.

“I find it very upsetting when I go to the great lengths of eating a salad for lunch and haven’t lost a single pound by the evening,” Alex Lawrence wrote. While Anand Vengurlekar revealed his achilles heel, “the ying yang method… as in ‘it’s ok to have a cheeseburger because I had a DIET coke’… and lo’ the scale doth rise.”

It’s safe to say I’m not alone in my pursuit for a better physique. And as my work inbox filled this week, one press release stood out: “Dubai Fitness Challenge returns from October 19”. My chance at redemption, I thought.

The aim this year is to get one million people on board. Each person has to dedicate just 30 minutes out of their day to activity, and I’m determined to become one of them.

But if I do happen to repeat last year’s attempt by falling at the first hurdle, I’ll just revert to crying into a bacon sandwich, like ‘anonymous’ above. Here’s hoping it doesn’t come to that.

Kelly prefers hostels to hotels. She once met a man who lives in a cave