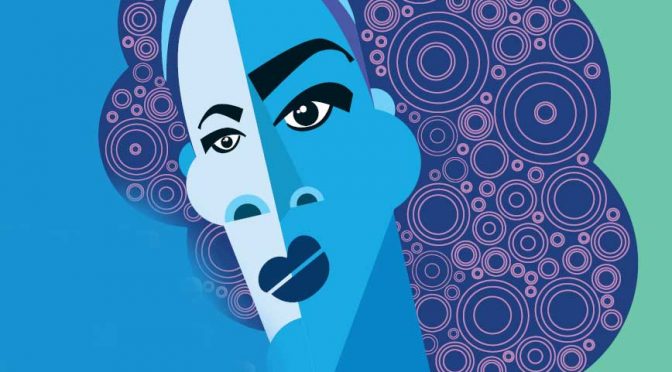 When history looks at the events that unfolded at this year’s women’s finals of the US Open, it will judge Serena Williams on several counts. The question we must ask ourselves, however, is, whose history would it be, anyway? The history of the sport or the history of women’s movement? Because if it is the former, there’s little to contest that Williams was wrong. The latter demands that we understand the experience of being Serena Williams — a tennis icon, a trailblazer, a woman and a woman of colour.

Die-hard fan. Trenchant critic. You could be either of these and yet it is impossible to deny that what happened on September 9 has stirred something that goes beyond tennis. The contest, almost overnight, shifted from Serena Vs Osaka to Serena Williams Vs Patriarchy. Was she being a bad loser? Was she calling out sexism in the sport? Has the public derision that ensued snatched dignity from another woman of colour who broke the glass ceiling at the Arthur Ashe Stadium? It’s useful to remember that all these possibilities could have co-existed.

It’s not often that we look up to our role models with all their contradictions and failings. Nowhere has this problem of idolisation made itself more evident than the recent spat between Serena Williams and the Portugese umpire Carlos Ramos. The world that loves its tennis is now divided into two moral compasses — one that stands by Serena Williams and the other that stands by the game. Embedded in these positions are points of view that are meritorious as well as contentious.

For instance, most op-ed pieces that have come out in support of Serena Williams have been fanatically dismissive of the rule that eventually led the umpire to warn her.

Writing for The Washington Post, feminist and former World No 1 Billie Jean King notes, “If tennis would catch up with the 21st century and allow coaching on every point, the situation on the court would never have escalated to the level of absurdity that it did. Every player, after all, still has to play the match — she has to execute on every point, and she should never be held responsible for the actions of the coach.” There is merit in King’s argument, and one hopes the rule itself will be up for inspection. But players sign up for a game knowing the rules — sometimes there’s even a healthy negotiation of it — and hence they’re part of the process, however archaic. So, the argument that a player of Serena Williams’ stature is above the rules, as many articles have contended, does not hold.

The other, and perhaps the most controversial, question the incident has raised is: do men in tennis get away with temper tantrums more often than women? Personally, I agreed with Martina Navratilova when she argued why bad behaviour or display of male privilege is not something that women should hold up as a standard to subscribe to… even for the sake of equality. However, excellence does not always come from a place of reason. It often originates from uninhibited, untamed passion. The Williams sisters have had to rely on this capital to own every inch of the tennis court. The bouquets have come with the brickbats, and reminders of ‘otherhood’. Forget the umpiring goof-ups, Serena Williams may have known a thing or two about being in Naomi Osaka’s shoes, given that she was booed and called names during the 2003 French Open semifinals. Last month, catsuits were banned after Serena Williams wore them citing medical concerns over blood circulation (her predecessor Anne White wore a body suit at the Wimbledon nearly two decades ago and was rebuffed similarly). The spat with Carlos Ramos has led an Australian newspaper Herald Sun to reprint a cartoon on its first page with a caption that read: “Vetoed: Large hair and lips. Too angry.”

Too angry! Oddly enough, anger is also an enabler of passion, though not always an accessory that is afforded to women. Imagining a calm Serena Williams inside a tennis court is like imagining a John McEnroe who wouldn’t be smashing his racquets or a Luis Suarez who wouldn’t be biting ears. The legacy of these sports icons is rooted in one simple fact: they are not meant for the frail. Should Carlos Ramos have relied on something more than a rulebook to do justice not only to the players but the match, at large? The likes of US Open Champion Novak Djokovic and Billie Jean King surely think so. Djokovic, for instance, has gone on record to say, “…maybe the chair umpire should not have pushed Serena to the limit, especially in a Grand Slam final… He did change the course of the match. It was, in my opinion, maybe unnecessary. We all go through our emotions, especially when you’re fighting for a Grand Slam trophy.”

Today Serena Williams is right… and wrong, depending on the moral compass one holds. The greater lesson that this incident teaches us is this: it helps to remember not just the glories, but also the fault in our stars.