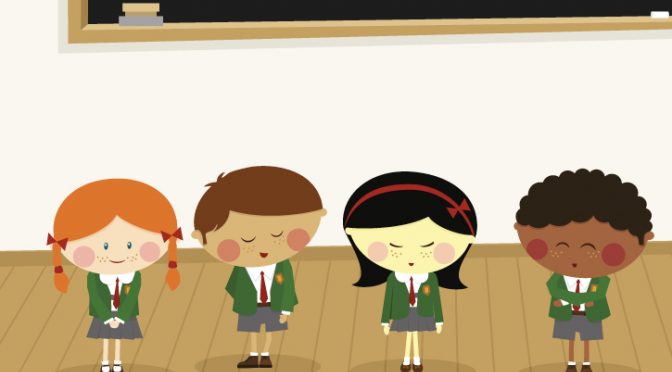 I am sure you read the news this week. That nursery; that advert and those two unfortunate words. To recap, here’s a quick rundown. While on the hunt for new staff across its nursery branches in the UAE, an education group saw it fit to post an ad that was dotted with discriminatory references. It had no qualms about specifying the exact type of candidate it was looking for.

Among a bunch of common language patterns used in generic job postings like “experience required” and “qualifications”, one bullet point referenced the need for someone of “European origin and white skin”.

Within 24 hours, the job listing was discovered by the masses on a Facebook group. And after 48 hours, it was subsequently removed from the page. The reason:
public backlash.

The words offended, but more seriously, they violated Law No. 2 of 2015 against Discrimination and Hatred in the UAE. Federal legislation specifically prohibits all forms of discrimination on the basis of “protected characteristics”, including colour.

Red in the face, the company stepped in to take down the ad and apologise. Rather unfortunately though, its attempt at damage control was just as offensive, stupid even, as the initial incident.

“…most of our staff are black… they are very hard workers though”. They told Khaleej Times, claiming the advert was just a way of “diversifying” the team. The company’s HR representative even went on to say he was a “black man” and didn’t see any “racism or discrimination in the company”. I could understand his reasoning, but his approach was off. It reeked of desperation, unprofessionalism.

Blaming the incident on “simple human error”, the morality of the staff responsible for the post has since come into question. And while the choice of wording was completely unacceptable, after speaking to the offender, it’s clear there was no malicious intent. It was simply a lack of common sense.

While that is not an excuse for such blatant and offensive discrimination, it has brought a very prevalent issue to light.

Let’s not kid ourselves into thinking this is the first time we’ve seen discriminative job postings – postings of any kind for that matter – here, or around the world. A lot of the time it’s clever wording, the use of ‘native’ or ‘western educated’,  that deem them passable. They may not be referencing specifics when it comes to skin colour, but the meaning is just the same.

That nursery ad isn’t the first of its kind when it comes to public discrimination, and sadly — law permitting or not — it won’t be the last. All it takes is a scroll through the classifieds to be hit with objectionable terminology, some downright discriminatory.

For the purposes of this column, I did a little scrolling myself. And within just 30 seconds, the word choices in some ads made me squirm.

I broached the subject with a work friend too. As desk neighbours, passing comments on stories often turn into long discussions in office. Remembering an encounter my friend had with a guy here once, I trawled through my phone to show her the message exchange. It was back on June 8, last year.

“I got a really horrible message on some app. It’s put me off going out tonight. Postponing would be better so I can get over the trauma,” she texted me.

After matching with some guy on a meet-up app, he went on to abuse her after discovering her nationality. He was from Ireland. When I asked what he said, she sent me the screenshot: “I’m really sorry, I swiped right by mistake, but I’m not sure why you swiped on me. I’m certainly not attracted to Indians. You should stick to your own. Bye ugly.”

On his own profile, it stated he was a university graduate. That made his remarks even more disgusting. An apparent educated man with such warped views.

Not being attracted to a certain look is one thing. Everyone has a type: tall, dark and handsome, curly-haired and curvy, but “stick to your own”? It elevated that exchange from not being physically attracted to someone to a complete act of discrimination.

Appalled, my colleague (from India), then sent me a flurry of images on WhatsApp.

“Have a look through them when you get a chance. It’s the hotbed for everything discriminatory and outrageous. We really shouldn’t be taking the high ground when it comes to racism; we’re inherently racist, as are most nationalities.”

The images were screenshots from matrimonial ads in Indian newspapers:

‘A Mysore-based bachelor…background of warrior caste…37 years of age… looking for an attractive bride below 26… non-feminist, good cook’.

While that nursery principal may be feeling the wrath of that shoddily scripted, discriminatory job posting, let’s not turn a blind eye to the fact this is happening the world over.

While the UAE government has stepped in to further warn companies against posting advertisements that use this type of language, it’s hard to see what greater impact that will have on the widespread global issue.

Although international laws may be in place to punish such acts, the relationship between social structure and sentiment is a lot more complicated, and sadly, it won’t be as easy to flush out.