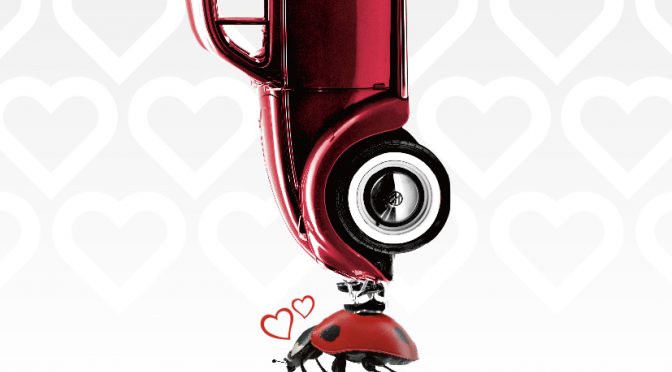 I wish it was yellow or pink, my colleague said as we drove around in her black VW. I found the initial colour choices confusing. I was thinking more along the lines of ‘Cherry Red’ or ‘Midnight Blue’. But this wasn’t a Ford Mustang, this was a Volkswagen Beetle — a car that for three generations has been known as a symbol of peace and love wrapped in a four-wheel cutesy package.

Earlier this week, Volkswagen announced that they will cease production of the Beetle in July 2019. The German company cited declining sales as the reason for pulling the plug on the bug. According to a BBC report, the cause was the diesel emissions scandal that embroiled the company this year, as well as their shift to more family-oriented and electric cars.

As a send-off for a beloved model, VW will produce a Final Edition run of the Beetle, available in both coupe and convertible variants. The Final Edition is expected to hit showrooms in 2019.

The Beetle was driven by hippies back in the 60s (thanks to popular media). Anti-war, peace-loving folks of the counterculture movement used it to ferry themselves around. On top of that, the 1968 Disney film (before the Lindsay Lohan reboot) The Love Bug, cemented the Beetle’s love message. And if that wasn’t enough, the Bug can be seen in one of the most iconic album covers of all time: The Beatles’ Abbey Road.

But before it became the ‘love bug’ as it’s known nowadays, it first started life as a megalomaniac’s way to ‘help’ his people.

The first generation of the Beetle wasn’t even called the Beetle. It was simply called Volkswagen. In April 1934, Adolf Hitler ordered a certain Ferdinand Porsche (yes, that Porsche) to develop a people’s car, Volkswagen, that an average German could afford, one that could fit a family and was easy to maintain. Hitler wanted to motorise Germany in the same way the Ford Model T did in the US 26 years earlier.

Production of the Beetle began in 1938 at its factory in Fallersleben. The car was a federal project. It was part of Nazi Germany’s tourism programme called Kraft durch Freude, or simply KdF which means strength through joy. When production began, the car was dubbed as the KdF-Wagen. In its first run, 210 Beetles were made, all of them being given to high-ranking Nazi officials. Hitler even received the first convertible. Production was halted when World War II broke out a year later.

Officially, World War II erupted in 1939 with the Nazi invasion of Poland. But a year before that, Hitler had been occupying other European countries. One of them was Czechoslovakia. According to a video by the media company, Donut Media, Ferdinand Porsche was embroiled in a lawsuit versus Czech automaker Tatra because of the obvious similarities between the Volkswagen and their own car, the T97. To get out of the legal pickle, Porsche was willing to pay a settlement with Tatra until Hitler stopped him and said that he will ‘solve his problem’.

In the same year, Nazis invaded Czechoslovakia, took over Tatra’s factories and the lawsuit came to a halt. Fast forward to 1945, post-war Germany. The British occupied the town of Fallersleben and re-opened the factory. This was the beginning of the Beetle’s rebirth. The town where the factory stood was renamed Wolfsburg (where the VW HQ stands today) and car was now known as the Type 1. During its first year of production, it supplied the British Army with vehicles and gave jobs to the Germans, helping an economy ravaged by war get back up.

In 1949, the British turned the factory over to a certain Heinz Nordhoff who expanded the company’s operations. The Bug was shipped off to neighbouring European countries where it received critical acclaim. In the United States, the Beetle had a difficult time getting sold. It wasn’t until the 50s rolled in that Americans started to pay attention to the car and it became a sensation. In 1955, VW sold one million Beetles. To commemorate the feat, they produced a one-off golden, bejeweled Beetle.

And the hits just kept on coming, between 1960-1965, Beetles had it best sales year in America. Enthusiasts also got their hands on the car which gave birth to a new type of car – the dune buggy. Owing to the Beetle’s simple construction, garages can just remove the whole body, install a new sporty body on top. Owners can hit the beaches with their little dune-basher. Nowadays Beetles are a mainstay in custom culture be it in car shows or drag strips. In 1972, VW produced its 15,007,034th car, eclipsing the Ford Model T as the best-selling car of all time. By the end of the first generation in 2003, VW had built a total of 21,529,464 Bugs.

The second and third generation of Beetles ran from 1997-2011 and 2011-2019 respectively. Carrying with it the charm and message of love that the original one had.

History has been kind to the Bug, despite starting off as a dictator’s vision, the car lived harmoniously with the rest of the world in its post-war years.

As my colleague dropped me off, I wanted to settle an age-old debate so I asked her “what sets the Beetle apart from its other cute and petite counterpart – the Mini?” She said: “Look at it this way, The Mini is Khloe Kardashian of cars and the Beetle the Kim – both are popular and sexy, but Khloe will never top Kim.

Keith is obsessed with classic cars, especially American ones