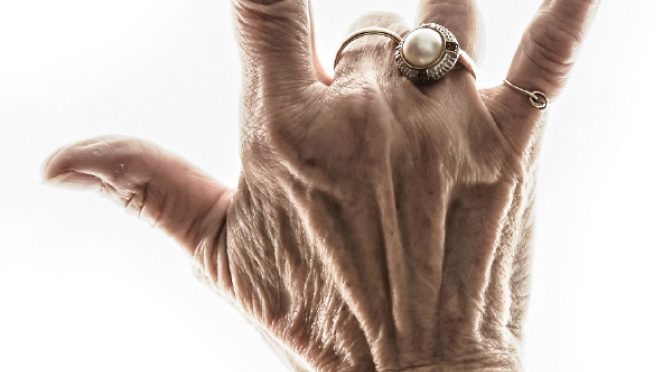 Ageism: “the stereotyping, prejudice, and discrimination against people on the basis of their age”

A well-known brand (whose face wash I use regularly) jumped onto the anti anti-ageing bandwagon recently with a campaign starring (middle-aged) Nicole Kidman, Jennifer Garner and Kerry Washington; they are in support of anti-wrinkles (products), they claim — not anti-ageing…

Am I supposed to believe it’s a showcase of ageing women who don’t have wrinkles?

Not really. I think these women are trying very hard to not look their age. Isn’t that being ageist too? If ageing had indeed been so fashionable, there would have been no need to get women who don’t look their age as ‘faces’ of a brand… just a photo of a patch of skin with no wrinkles would have been enough, surely?

But, then, what can be done? Let’s face it: even if we allege ageist is a dirty word, we’re all, in our hearts, ageist. For instance, we still tom-tom the phrase “age-appropriate” (imagine how angry feminists would be if anyone uttered “woman-appropriate” within their earshot). There’s a Bollywood movie, Badhaai Ho, releasing next month; going by the trailer, a late-40s/early-50s-type woman (with two adult sons), played by Neena Gupta, is pregnant (it’s termed a “mishap”). This leads to a lot of hilarity — enough to make a movie with — because it’s kind of unthinkable to imagine people from their generation being, er, frisky and, consequently, getting themselves in the family way.

Both Neena Gupta and her husband (played by Gajraj Rao) look extremely apologetic for the “embarrassment” they’ve caused their family, friends and neighbours because they did something — i.e., had sex — which is unbecoming at their age. Reiterating the stereotype is Neena Gupta’s character, who looks nothing like Nicole Kidman or Jennifer Garner: she’s a dowdy housewife, who believes her days of trying to look fetching are long gone.

If I do a rewind, growing up, I used to be fascinated by the legend of Tithonus. In Greek mythology, Tithonus, a mortal, was the lover of Eos, the goddess of dawn; Eos pleaded with Zeus — the king of gods — to grant Tithonus immortality… he agreed, but she forgot to ask for eternal youth. So Tithonus lived on forever, with “loathsome old age press [ing] full upon him”. Lord Alfred Tennyson wrote a poem on the subject, and the terrible vagaries of old age, and Tithonus, for me, set the tone for the decay/debilitation of ageing and the triumph of youth. Age-defying and age-reversing formulas — bring them on!

When I was in my mid-20s, working in Calcutta, there was a female co-worker who always wore jeans and sneakers, and sported a short haircut. I never thought anything of it until, one day, a 20-something male colleague chortled it was this woman’s way of trying to appear young. “She’s pretty ancient, at least 37-38,” I still remember him saying, to the accompaniment of titters from a bunch of others. “She thinks she can pass off being collegial by wearing sneakers!” Also, apparently, shorter hair “takes years off one’s face”.

A few years down the line, I was invited to a friend’s 30th birthday party; among the crowd of well-wishers (who were eagerly waiting for a ‘curated’ dinner) was a 43-year-old relative (who I knew quite well). “How old?” another friend gasped. “43? Seriously? Man, she doesn’t look her age.” Soon, there was a curious gathering around this hot 43-year-old; someone even said (pretty loudly), “She has no business looking this young when she’s so old!”

I thought it was all horribly twisted and judgemental — till the tables turned a few weeks later. This same 43-year-old took it upon herself to give me advice when she came along to help me choose shoes at a Woodlands’ sale in Delhi’s Basant Lok. “You should start getting used to the idea of sensible shoes: take it from me, the 30s go by in a flash, and once you’re 40, you won’t be able to handle skimpy heels.”

I was aghast. I had already been reeling under the onslaught of old age since I was 27-28, when my brother had started breaking into the “30-Plus, 30-Plus” jingle whenever he saw me. 30-Plus used to be a ‘revitalisation’ tonic for deadbeat over-30s that Bollywood actor Jeetendra endorsed: taking a spoonful of that kept him spry and ensured his creaky 30-plus bones didn’t cave in altogether.

How dare the 43-year-old remind me of the transience of time?