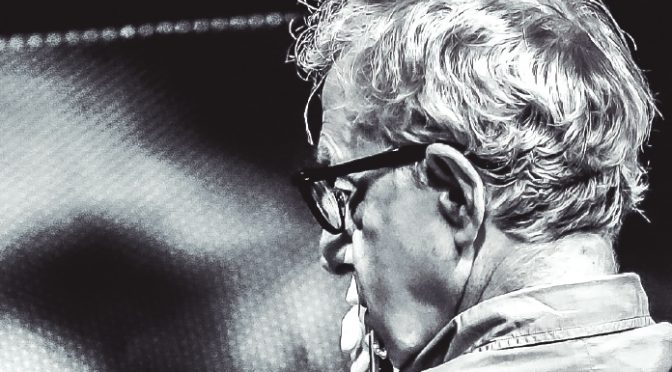 What happens to a family in the aftermath of the wear-and-tear of hearts? This week, a detailed account of Soon-Yi Previn, published in the New York Magazine on September 17, glimpsed into this deeply conflicted world. Soon Yi, the adopted daughter of Hollywood actress Mia Farrow, landed in our collective conscience way back in 1992, following the news of an affair with filmmaker Woody Allen, who’d been dating Farrow for nearly a decade. In the years that followed, Soon-Yi assumed several roles in our collective imagination — she is at once the victim of Allen’s whims and fancies and a willing accomplice. Her silence over the years has done little justice to the perceptions attached to her. A reason why her recent interview with Daphne Merkin was a story waiting to be told.

The 10,000-word article is currently the most debated pop culture writing on the internet. One of the many bones of contention is the fact that the writer’s social proximity may have influenced her to be kinder to their narrative in the molestation charges against Allen. Sympathy does masquerade as empathy and Merkin herself does little to dispel any challenge to her objectivity when she writes that she has been mystified by him, “in part because of the almost Aspergian aloneness of the man and in part because of the genuine diffidence — the lack of a discernible ego”. Notably, Dylan Farrow had also given a similar interview to The New York Times’ Nicholas Kristoff, who was a family friend of Mia Farrow’s, and had to answer similar questions on his association. To enter a story knowing the subject and leaning towards their cause is contentious storytelling, but does that always discredit the cause itself? Perhaps not.

In her interview, Soon-Yi revisits her childhood from the streets of Seoul to the playground of the Farrow home. She speaks of a childhood fraught with conflict and confrontation with her mother. The Woody Allen-Mia Farrow spat has resulted in several allegations and counter-allegations, many of which remain disproved till date. In the light of this, can we expect a completely objective point of view from Soon-Yi? Certainly not. But should we listen to her nonetheless? Absolutely.

Despite the limited ambition of the piece, we get several insights that run in tandem with another similar narrative that Moses Farrow presented a few months ago in his blog (he too recalled having a traumatic childhood with Mia). The mother Soon-Yi remembers was someone who, when angry, would throw an alphabet block at you, would constantly needle you about your learning disability. It’s not a mother one grows up to love, and neither does Soon-Yi. There is no way through which an intimate experience of childhood can be proven or disproven, which is why Soon-Yi’s version needs to be read as a chapter and not a story in itself. Yes, the account is largely one-sided, but most revelations in the case have come by way of individual accounts (be it Woody Allen’s interview to 60 Minutes, Dylan Farrow’s own account, Moses Farrow’s long blogpost or Soon-Yi’s interview to the New York Magazine).

The piece also seems to have opened Pandora’s box where most publications are busy giving it their own labels. While an article in Vice contends that it is an “anti-#metoo” piece, others have read it as a desperate attempt to rehabilitate Woody Allen. What’s worrying is that in some of the criticisms, there is an urgency to place Soon-Yi in the moral universe. For instance, an open letter to her that appeared in the Chicago Tribune goes as far to call her a “sex victim”, owing to her affair with Allen when she was 21 and he was in his 50s. The relationship may have been a moral failing, but it was very much legal.

The decision to be with Allen has resulted in a marriage that has lasted 20 years. Hence, awarding her a victimhood that she has been emphatically rejecting all these years points to our own myopia when it comes to adult relationships.

Given the curiosity she generates, the article leaves a lot to be desired. For instance, I’d have liked to know more about the parts of her life that are divorced from Allen, her thoughts on the limelight she is so often absent from. What an article it would have been had Daphne Merkin afforded her a personhood that is not singularly defined by the events at the Farrow home.

How do we choose the truths we want to believe? Are we ourselves completely objective when we take sides? Sometimes, individual accounts can lead to a greater truth. Though vastly different, Dylan and Soon-Yi’s accounts point to the fact that Farrow children have had to negotiate their way through a dysfunctional household. The biggest failing has been in denying the children the childhood they deserved.