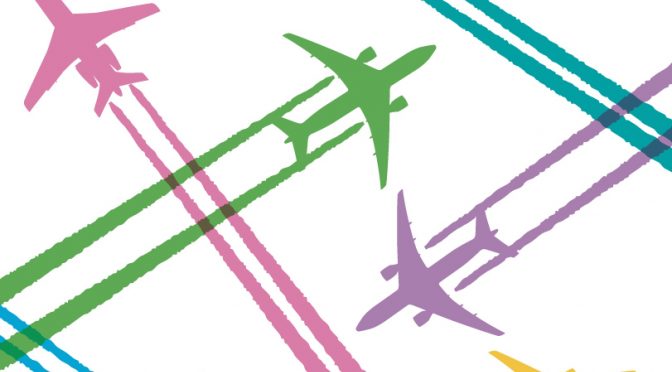 It’s a running joke. Millennials are poorer than the generation before them, Gen-X. According to a Financial Times report, every generation — has enjoyed a higher quality of life than its predecessor. From the Baby Boomers (1946-1965), to Gen-X (1966-1980) life kept improving. But the report shows that millennials – who are in their 20s and 30s have incomes barely higher than what their parents earned at the same age.

Despite this idea that most millennials are in a financial pickle, many – like yours truly are travelling more. A Telegraph report revealed that millennials prioritise travel over buying a home, paying off a debt, or even buying a car. Take James Asquith. James, 29, is the youngest person to visit all 196 countries, according to the Guinness World Records. He was 24 then. You can join 265.4k others and follow him on Instagram at @jamesasquithtravel. Excerpts from a chat…

Tell us about yourself, where are you from, what are you upto now?

I’m from London, but I’m constantly travelling on the road now for work. In 2017, I started an app called Holiday Swap that allows young travellers to swap their accommodations for just $1 a night.

When did you get the idea of setting a world record? Was it something you knew you wanted?

My parents took me on holiday once a year when I was younger. Ever since I went on my first extended trip to volunteer in Vietnam I was hooked…I travelled to a lot of countries in Africa and the Middle East with my dad — he was a pilot, and after a while I just said, “Hey, I want to see them all!” My mum grew up all around the world and would tell me travel stories as a child.

When and where did you journey start? When did it end?

It started in Southeast Asia in 2008 when I went to volunteer building houses with my best friends. I then travelled as much as I could for over five years, and the last country was Micronesia in the South Pacific in 2013.

How did you finance your trip?

From 15, I started working three jobs and saved. I was lucky investing this when I was 18, and I continued to work multiple jobs to pay for my trips in between… I worked and volunteered when I travelled to cover the cost of food and accommodation. Instagram shows off my life a few moments a day, but not the 12-14 hours of work seven days a week. My parents didn’t have too much money when I was younger and they did everything they could for me.

How did you prepare for the journey? Any unique arrangements?

None whatsoever. I travelled as I went a long, budgeted a lot on a shoestring, and just saw what I wanted to see. Some unique arrangements were for visas for more difficult to enter countries like North Korea but nothing extraordinary.

What kind of traveller are you? How long do you usually stay in a country?

I like to take it all in. I love immersing myself in a destination to understand how we have so many differences and similarities at the same time. The time in each country varies. Some places, like Vatican City, for example, will just be a day. But I feel like I’m only just getting started. Just because I may have seen one destination in one country, it doesn’t mean there’s not lots to go back for. I’ve been to 30 states in the USA for example and yet I think there is so much I haven’t seen. But I spent two days in Andorra, and I feel like I’ve seen the entire country.

Which country would you recommend everyone visit?

Tuvalu. It’s super cool. A tiny atoll island in the South Pacific where the landing strip of the runway takes up most of the land. With very few flights, the local population uses the runway for anything from motorbike races, to sports matches and even to sleep under the stars at night, because it’s too hot inside their homes!

Did you ever just want to drop everything and go back home?

I loved coming home to see my friends and family, but actually, I then missed being on a plane and travelling as soon as I was home!

How did you deal with all the language barriers?

I would definitely suggest learning some words in the local languages. Not only does it show respect and that you’ve tried, but it can be very useful. I found it incredible how similar we are as people, where expressions and hand movements can go such a long way as to understanding.

Do you stay in touch with the people you met along the way?

Some, yes. There are also however many names and faces that I don’t remember, but remember the things we experienced and the impact they had on me. So many people around the world had such an incredibly positive impact for me, and many asked how they could travel cheaper, which is why we wanted to create the Holiday Swap community.

Keith tries to save money each year to travel. Next stop: India