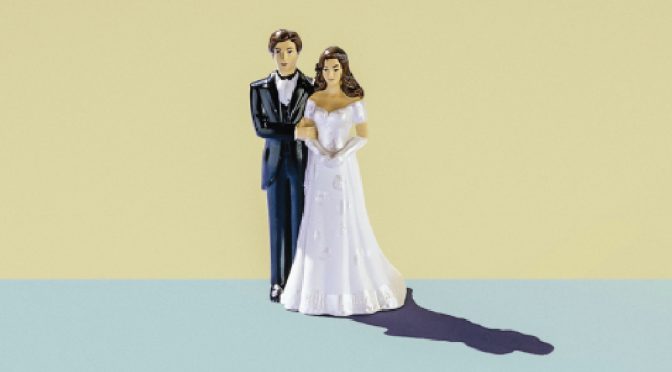 Two (standout) things happened over the past few days. First, a colleague-cum-young-friend got married. Before she proceeded on wedding leave, I grilled her mercilessly, and she was sporting enough to bear it all with a grin and generally be cooperative with answers, even as she dodged a few bullets. When I asked her, “What does marriage [and, by extension, a relationship] mean to you?”, she responded, in a heartbeat: “A covenant… and not just any covenant, it’s a sacrament, a commitment, one from which you cannot backtrack.”

Her words “one from which you cannot backtrack” came back to me a few days later — when the second thing happened: millennial stand-up comedian Daniel Sloss was hailed as being a trailblazer of breakups. Media reports headlined pieces along the lines of ‘Meet the man who’s broken 4,000 relationships (and counting) in 10 days’. His catchy summations on couplings and pairings — and the state of love, sans the rose-tinted glasses — on the Netflix show Jigsaw have, reportedly, led viewers (and if you have a nodding acquaintance with Netflix, you’ll have a fair idea of the size of its legion of followers) to rethink their romantic priorities and snap out of ties that are (seemingly) lost causes.

So much so, that he calls in for a new interpretation of ‘till death do us part’. “All I’m asking is: have you ever accidentally caught yourself thinking how much easier life would be if they [the partner/spouse] were to just die?” the 28-year-old has deadpanned. “And not because you want them to die but just because them dying is like the easiest way for you to get out of that relationship. And it doesn’t involve either one of you getting hurt — emotionally.”

In Alfred Hitchcock’s Strangers on a Train, Bruno (played by Robert Walker) asks an old lady in a party if she’s ever felt tempted to kill her husband (of many years) because he’s so tiresome and annoying and there’s no way (for her) to get out of the “covenant”, and once the old lady gets over her kneejerk horror, she titters and concedes, yes, she has indeed. Much like the lines that Sloss — a self-confessed comedian — mouthed, it was supposed to be a laughing matter. A lot of people who watched Strangers on a Train in the darkened environs of a movie theatre back in the 1950s must have chuckled and perhaps even felt a transient sense of empathy.

And that was it.

Sloss’s “joke”, on the other hand, has resulted in the aforementioned 4,000 splits, including 17 (cancelled) engagements and 9 divorces.

Now, let me tell you why The Daniel Sloss Affair got me thinking about the “one from which you cannot backtrack” part of the sentence. New York Post used the word “dead-end” to define relationships that were making us — or at least his Netflix followers — miserable. The textbook definition of dead-end is: “an end of a road or passage from which no exit is possible”. It made me wonder: all meaningful relationships we have in our lives are dead-ends, and we’d like to believe we are in relationships — or even friendships — from where an exit doesn’t come to pass (or shouldn’t come to pass). Because, you see, there’s nothing lethal or deathly about dead-ends. It simply means watertight.

So, why should a dead-end relationship make us want to call it quits?

I was obviously intrigued at how relationships, betrothals and solemn exchanges of wedding vows have become so easily expendable. Daniel Sloss is a millennial, and recent studies and ‘exhaustive’ research have indicated it’s a demographic that shies away from linear end games such as commitment. Then again, my young friend is also a millennial, so I’m most confused about the veracity of these trending stats.

Besides, I was reminded of 80-year-old Katharine Richelieu’s character, played by Shirley MacLaine, in one of my favourite films, Rumor Has It, at a time when the word millennial had probably not been coined in the context of a generation — and even it had been, Grandma Katharine was definitely not a card-carrying member. “I didn’t exactly love your grandfather, God rest his pickled soul,” is how she sets the tone for the conversation she is about to have with her granddaughter Sarah (played by Jennifer Aniston), who’s scared to take the plunge by marrying her boyfriend because she feels it’s a ‘dead-end’ relationship. “You make it sound like a death sentence,” Katharine continues. “The point is, you shouldn’t let yourself worry about this thing. If you don’t wanna marry the guy, don’t. If you do, do. If the marriage implodes, divorce. You haven’t lived till you’ve been through one of those.”

At the end of an overdose of thinking, I was in two minds: should I feel sorry for my young friend who’s now in the first flush of marital bliss — for being so dead-end about matters such as commitments? Or should I feel happy/proud because she believes in the virtues of a cul-de-sac?

At the cost of sounding antithetical to the fabulous Grandma Katharine, I think I’ll go with the latter. Just because dead-end (as an adjective) doesn’t necessarily mean deadbeat. If the operative word is deadbeat, it may be a different matter altogether.