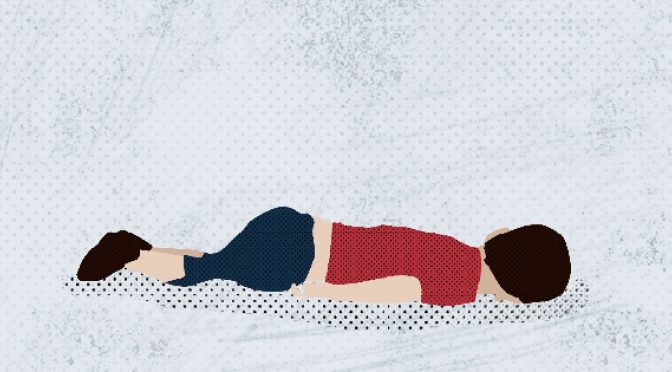 One afternoon in September three years ago, I was in office when a picture started trending on social media. The body of a small boy wearing a red shirt and blue shorts lay face down on the shores of a beach in Turkey. He was among the refugees who drowned on their way to Europe to start a new life. Instead of bringing him to safety and a promised life on the Greek island of Kos, the waves of the Aegean Sea washed Alan Kurdi’s body ashore.

Alan, Syrian of Kurdish descent, was two years old when he drowned, along with his four-year-old brother Ghalib and their mother Rehanna.

Alan and Ghalib’s dad, Abdullah, was the only survivor of the family on the boat. The prime minister of Kurdistan extended an invitation to the grieving father and Abdullah now lives in Erbil. He started the Kurdi Foundation (kurdifoundation.com) with his sister, Tima Kurdi, in memory of his boys and to help children in refugee camps. The foundation works to provide them with meals, school supplies, clothes and medicine.

I spoke to Tima over the phone from Vancouver, Canada, where she’s lived for 26 years. We spoke for nearly an hour. She told me in her low voice, “He wants to give children in camps what he couldn’t give his family. He imagines if Ghalib and Alan were alive, he would’ve been buying their school supplies.”

During the course of our conversation, Tima told me that she paid $5,000 (Dh18,365) to smugglers for the journey from Izmir to Kos that was meant to give her brother’s family a new life. “I’m haunted by guilt,” she says. “It eats me inside out even after three years.” She learnt about the deaths of her sister-in-law and nephews before she saw the picture of Alan online.

Tima sponsors her older brother Mohammed and his children in Canada who, unlike Abdullah’s family, survived the war in their city, Kobanî.

“It’s been tough,” she says, “watching my nephew (age 12) and niece (15), working to fund the family instead of going to school. It is unacceptable, but there’s no choice.”

Tima recently published her book The Boy on the Beach: My Family’s Escape from Syria and Our Hope for a New Home. Tima’s two sisters are refugees in Turkey, another sister is in Germany. They are six siblings in all and their father is still in Damascus.

A former hairdresser, married and settled in Canada, Tima, with a son in college, is able to travel around Europe to give talks and raise funds for their charity foundation. “I’m nobody; I cannot say what it takes for people to get their lives back and live in peace. I would tell people in power that it is time to act. People should drop their weapons and start thinking of solutions.”

When I ask her how Abdullah is doing, she says, “His situation isn’t good”. He hasn’t found a job. She supports him financially. “He’s struggling to survive. Every time I talk to him, he begs me to help the children. He says his heart cries every single day over what he lost and cannot continue his life until he sees people truly helping the children suffering”.

She told me that the charity foundation was growing gradually, if a little slowly. But Tima isn’t giving up. “It isn’t easy to talk about it but I want to inspire people to do more and help.”

Speaking about the September three years ago, she says, the clothes Alan was wearing — red shirt, blue shorts — were what she had picked for him as a gift the previous year. “He was a smiley, happy child. He was excited about the trip.”