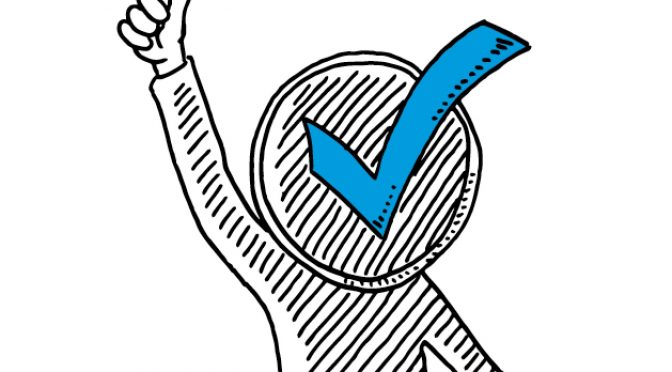 A part-hilarious-part-awkward moment on the job came for me way back in 2009. I had been working for a leading news magazine in Delhi then and was asked to edit a story on cervical cancer. The references made in the article led me to an achingly beautiful blog of a cancer survivor that kept me glued to my computer screen. I was seated close to a conference room where a meeting of senior editors had been going on. Taking a break, the seniormost editor stepped out of the meeting room, talking to someone on his cellphone who seemed important. He lurked behind me for a bit — I was too absorbed to take note of his presence. Soon, the never-ending phone call came to an end and he headed back to the conference room.

The lurking was not aimless, as I was to discover 30 minutes later when the meeting finally got over. My line manager called to ask me why I was reading a blog. I explained, justified, argued and then finally burst into laughter. I knew what I was up against. Back in those days, social media existed outside the realm of work. It was unanimously assigned a purpose — to connect and engage with friends and build a community. (How the tables have turned!)

By 2009, I had learnt to live with Facebook and Orkut. Incidentally, I, too, had assigned them a limited purpose — keep a virtual eye on old foes and new friends. And then one day, Shashi Tharoor (the Indian politician and author) brought Twitter to my life. A famous controversy broke out that year involving him when responding to a question on whether he would ever travel in “cattle class”, he tweeted “out of solidarity with all our holy cows”. Tharoor’s comment was deemed offensive, and the hue and cry led many media outlets to do a story on his tweet.

The curiosity over Tharoor’s comment led me to create a Twitter account. At the outset, the platform seemed unnecessarily complicated — why confine thoughts, ideas, appreciation or even rant to 140 characters? Twitter sounded anti-common sense. Over the years, my profession and I woke up to its powers. From sharing views, it became a platform to break news.

Nearly a decade later, for many of us, Twitter remains a means of making sense of the world around us — more specifically, the world that has Twitter handles. Today, revolutions are tweeted before they can be televised. It is in this world that the blue tick — Twitter’s mark of verification — has become something important. Personally, it’s a validation I seek for the social media bubble I unapologetically float in.

On a number of occasions, I have been chided for my social media obsession, especially the one for the blue tick. My partner feels it has become the vermillion to my social media engagement. My father, who’s taking baby steps to Twitter, asks, “What’s the point?” A friend who hates social media but is still on it thinks it’s narcissism. For the most part, I have found myself failing to explain that you can be a perfectly functional human being and still want that blue tick.

As someone who unabashedly spends a dedicated time on Twitter, I’d like to believe I have earned that symbol. I feel a tad more strongly about it when my tweets to the public figures I like — authors, journalists, celebrities — go un-responded. Would they have reacted if I had that coveted blue tick? Friends who are social media savvy tell me that this may have something to do with my near-abysmal following (1960 followers in nine years), and that I should have tweeted more in the years I spent working.

To be honest, for all my desire for the blue tick, it’s actually been only twice that I have made any genuine attempts to be verified. Both times, Twitter policies were undergoing changes and hence I was denied verification. On most occasions, I was simply lazy and there was too much that the real world demanded of me. The lust for verification intensified when I found myself ranting to a black hole, with nobody to like, or even as much as respond to the tweets. Trivial pursuits? Perhaps, perhaps not.

Today, the editors who frowned upon the act of reading a blog have become influencers (I often find them tweeting during ‘work hours’ and feel vindicated). For me and my 1960 followers (bots included), it’s been a rather slow journey. Whoever said slow and steady wins the race! But, oh, that was in pre-digital age, remember?