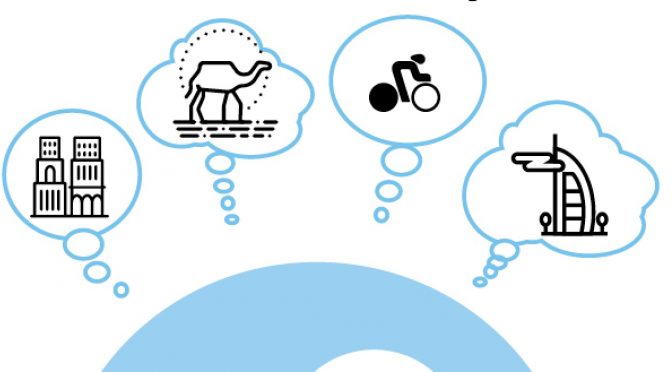 All good things come to an end, they say. And we’re sad to see Swedes give up the official @Sweden handle on Twitter.

‘Curators of Sweden’, a project that started in December 2011 as an experiment which allowed a Swede to tweet for a week, came to an end on September 30.

The project lasted nearly seven years. It was an “experiment with democratic social media curation”, as Mia Armstrong put it in an article for Slate. In that time, they managed 356 different curators — one a week — that resulted in 200,000 tweets.

Anyone interested in the Swedish way of life was hooked to the handle. To their 146k followers, they would tweet things about holidays, food, traditions of Sweden. Browsing the tweets, you could pick up every day ‘Swede-isms’, such as recycling being their national past time, or that not everyone was into Fika — the much-talked-about coffee and chatter break.

Bits of humour and wisdom sprinkled across the handle made it addictive. This one from September, I thought, was spot on: “And we need to keep in mind all the time: Knowing two languages won’t make you a translator, just like having two legs won’t make you a dancer”. Not the most Sweden-centric, but a slight departure is acceptable.

At other times, a curator might tweet about the stereotypes — recycling is apparently a “national hobby”. Another would talk in detail in a thread about his or her love for semla, a small, wheat bun, flavoured with cardamom and filled with almond paste and whipped cream, or a tunnbröd (a kind of flat bread), with almond potatoes and diced onion. It was addictive to scroll through. And the conclusion of the experiment (successful by all standards) got me thinking: what if Dubai started a similar page? Given a chance, I would bombard the page with images and stories of things that grab my attention on a regular day. Vlogs would be the way to go. I’d put up the video of a young cabbie speaking flawless English that he picked up listening to radio jockeys and talking to his passengers, for which he got an excellence award.

I can imagine Dubai curators sharing tips about where they get the best sofa upholstery fabric (Satwa?) or their favourite hangouts in Jumeirah or little known aspects of the Al Qudra Lake, bird sightings even, trivia about desert fauna.

If someone appointed me curator for a week, I might type 280 characters guiding folks to the flea market in Satwa every Friday where you can buy a pair of jeans for Dh10. Maybe I would upload a picture of a pre-loved book that I would have bought for Dh3 at the House of Prose, or a shot of a plate of the day’s catch, courtesy a fish shack in Umm Suqeim.

Since the curation would be split between Dubai residents, diversity would be assured. Someone might sink their teeth into an ‘atypical Dubai things’ sort of thread — desperately needed — that would move beyond shawarmas and camel milk.

One resident might talk about the best biking/ running/ cycling tracks in the city. A photographer could for one week give us daybreak shots of the city — from the less posh side of town where water is being used to sweep out the dust on shopfronts to neighbourhoods where drivers are shining down the door handles of their masters’ Bentleys.

Going beyond the clichés would be a prerequisite. Let an Egyptian handle the Cairo account  to tell you there is more to the country than belly dancing and pyramids.

For a bit of glam, we could nab an influencer or two to show us the lesser known side to glitzy Dubai party spots. Anyone tried the ‘diamond-flavoured water’ at Jean-Georges?

The ground rules:  don’t violate local laws, no promotion of brands, stay away from content that poses a security threat. Curators would stay away from personal attacks, hate speech, foul language, and the worst offence: dull content.

Dubai resident Josephine Lejholm, founder and designer of Nordic Tales by JL is tired of the Middle East stereotypes that her country folks have about Dubai. A trustworthy voice, she feels, is needed to showcase a ‘true Dubai’. “The residents’ feelings about the country is usually what outsiders listen to more than propaganda. Visitors are not naive so ‘real’ people’s thoughts about Dubai might win more hearts”.

Emirati vlogger Khalid Al Ameri, who has 309k followers on Instagram, tries to question the Arab stereotypes in his videos. An official curator account could be a step to showcase different points of view as “the experience of an Indian living in the UAE versus a Filipino or an Emirati is very different.”

There are worries, though, to apply the @Sweden model to say, @Dubai. A second-generation Swedish immigrant, Sohail Pedari in Dubai told me, “People might use the official handle to demonstrate their political ideologies.” Pedari, a Dubai resident for a decade and the director of global sales MEA at Marriott International, says “The idea comes with its own issues — how do you control it, where does the freedom of speech stop and racism begin. When are you honest and when are you being inconsiderate to other cultures? It is a tool in the hands of the people, so it is important to identify who is using the tool and for what purpose.”