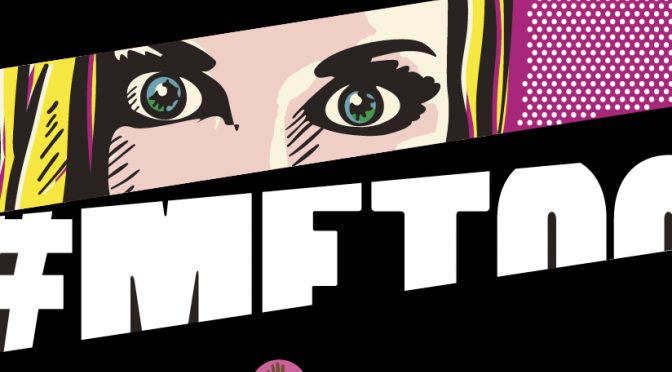 I really have no idea why journalists in India — and the media industry, in general — have an established bad rep. I acquired a tenuous realisation when, back in the 1990s, one of my relatives, upon hearing that I was entering the profession, remarked, “Journalism? Isn’t the newsroom a place where anything goes?” (I didn’t quite get what he meant; and I couldn’t be bothered to explore the ramifications.)

Almost a decade later, when I moved to New Delhi — the hub of news media in India — my soon-to-be landlady expressed some doubts about my calling. “I’m not very comfortable having journalists as tenants — all those late nights and those wild parties! You know, I had a journalist living in the apartment you’re checking out — he’d get home a different woman every night. We are middle-class people, this is a ‘family-friendly’ neighbourhood, we had to ask him to leave…” she rambled on, before my uncle (who had accompanied me on the house hunt), a journalist himself, butted in with, “Let me assure you, her life is nowhere as exciting — so will you give her the place?”

She did; I lived with them for seven years, and I went on to become great friends with her and her husband — sharing a joke every once in a while about her professed notion of journalists. I found her assumptions fascinating. “I believe male journalists are naturally inclined to be predators,” she’d say. “All that power goes to their heads, and the moment men feel powerful, they start hitting on women: they believe they’re irresistible.”

My ex-landlady (and still friend) Whats-
Apped me a few days ago, when #MeToo started imploding in India, with the media being a specific catchment. “See what I meant!” she exclaimed triumphantly, with appropriate emojis.

But are men more predatory in journalism than they are elsewhere, I immediately asked a male friend, also a journalist. He rolled his eyes. “That’s a perception about male journos since we are, by definition, more open-minded and curious… And I guess our jobs require us to be ‘liberal’ in our thought processes… and, therefore, the tag.”

As #MeToo becomes breaking news across newsrooms in India, maybe it’s time to sift the grain from the chaff
and identify the real errors of commission. Let me be very clear that whatever’s happening — all these mangled skeletons tumbling out of the cupboards — is fantastic. If this helps in doing away with the empirical rot in the Indian media, #MeToo is the best thing that’s happened in decades.

Having said that, it’s also important to be objective. In my life, I’ve had my fair share of wonderful male editors/colleagues — and not-so-wonderful ones. With the help of personal checks-and-balances, here’s a reality check.

>> There used to be this ‘well-known’ editor, a sort of a legend, whose stories of sexual harassment were (equally) legendary. I cannot vouch for them — as I can’t for most of the Twitter exposés — because I’ve never worked with him, but the media fraternity air was thick hushed whispers. Everyone I knew in the industry had this “Oh him, he’s such a perv!” line to mouth. And yet, no one cared enough to convert his transgressions into a trigger to call him out. Professionally, he went from strength to strength. For decades. From journalism, he entered politics. Today, social media has “exposed” him. But people are hearing what they already knew: why didn’t they react as vociferously then as they are doing now — to nip it in the bud?

>>  As an extension to the above, a young friend mentioned [quoting a tweet]: in “the age of millennials, we spit it out; in earlier times, women sucked it up”. Er, sorry, this is not a generational thing… it’s a systemic one. Social media can well be the platform and the means to the end — but definitely not the end.

>> A journalist friend from India was stumped when a (clearly) fake Twitter handle accused him of being a sexual predator at work. He lodged a complaint with Twitter, and soon the handle disappeared. But some amount of harm was done: a few people had already taken screenshots of the tweet, and were circulating it on WhatsApp. Some more integrity from our side, perhaps?

>> Another (male) friend who works in Delhi laughingly told me: “Mark my words, a lot of media organisations will steer clear of hiring women journalists — gosh, who needs the trouble?” Can we — both men and women — stop with the flightiness already?

>> Some of the stuff I’ve been reading doesn’t quite sound like “sexual harassment”. Case in point: two people having a conversational thread on Tinder about dating possibilities. And surely there’s a difference between a woman being assaulted sexually by her male boss in a hotel room and a woman being winked at by a male colleague? Grossly unfair to club both perpetrators under the same banner — and the same hashtag.

>> As women, can we lay down specific guidelines: for instance, is it alright
to crack a well-intentioned yet inappropriate joke in front of female colleagues? Or not?

>> Traditionally, newsrooms are not known to be politically-correct spaces, there’s a lot of latitude at play: do we need to redefine the dynamics of a newsroom — in no uncertain terms?

>> Can we not be petty just because we have an opportunistic axe to grind with a person whose face we don’t like, and any story can lend grist to the mill?

>> It’s time to break away from the “safety in numbers” stranglehold. Instead of waiting for someone else to show the way and then follow the lead, why can’t we be first-movers? No, it’s not true that no one will believe you — if that had indeed been the case, #MeToo would have never taken off.

(Sushmita is editor, WKND. She has a penchant for analysing human foibles)