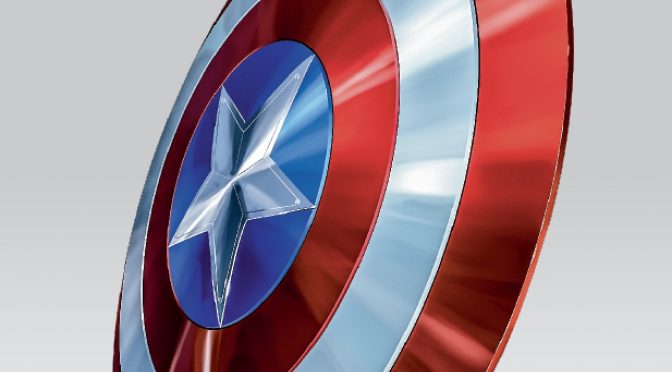 It was only last weekend when actor Chris Evans shook Twitter with a long tweet. In the tweet Evans said that he’s officially done filming for Avengers 4 – the finale to the grandiose cinematic experience that was Avengers: Infinity War. Since that tweet fans like myself knew what was coming – the end of an era, the home stretch for a beloved character.

“Officially wrapped on Avengers 4. It was an emotional day to say the least. Playing this role over the last 8 years has been an honor, to everyone in front of the camera, back the camera, and in the audience, thank you for the memories! Eternally grateful,” (sic) Evans wrote. Celebrities like The Rock, Ryan Reynolds and Robert Downey Jr., who portrays Iron Man in the latest movie, were among the names who saluted Evans who first donned the suit of Captain America back in 2011.

Captain America: The First Avenger was the first Marvel movie that I saw (sorry Iron Man). The film introduced many like myself to Steve Rogers – a lanky, unhealthy boy who just wanted to join the US Army to fight the Nazi threat.  He fails to get drafted but is chosen to undergo a military experiment which turns him into a super soldier: Captain America. Since that film came out, Cap has not only fought Nazis but also spies, aliens, evil robots, his best friend and even his fellow Avenger – Iron Man.

Of the three Captain America films that were released, it’s The First Avenger that I always keep coming back to. Don’t get me wrong, both The Winter Soldier and Civil War were blockbusters, but there’s something that always made me return to the first one. The First Avenger is a story of how you should always stand up to bullies and show them that – in Roger’s famous words, “I can do this all day.”

I realised that I saw a lot of my younger self in Steve Rogers. Having been bullied well into my teens, it was reassuring and inspiring to see this boy – scrawny and small, refuse to back down even if he’s bloodied. It reminded me of how I managed to go back to school every single day all while being jeered and cast off as a “weirdo” because of my penchant for reading books rather than playing with the other kids.

It also didn’t help that I was clumsy and couldn’t participate in any competitive sport such as basketball. Suffice to say, the Captain helped me soldier on and stand tall in the face of adversity. Like him, my head remained unbowed as I fought my daily battles the same way he fought Hydra and came out the victor.

He also stands up for what he beliefs and for his friends. In Winter Soldier, Captain America refuses to give up saving his best friend who was brainwashed into becoming the Winter Soldier. Despite Bucky maniacally beating him up to a pulp, he uses his heart to reason with his best friend and get him back to his senses.

The Captain taught me that even if the odds are against you, you stand up and fight. Okay, I never got into a fight ever but the takeaway here is that you stand by your beliefs even if the world says don’t. The Captain made it look ‘okay’ and normal for a kid in Manila to love sci-fi and hole up in libraries rather than play outside like the other kids.

Now Chris has bid his farewell to the character, a role which he so perfectly portrayed. I was chatting to a colleague about Evan’s departure and both of us bawled over the news. The Marvel Cinematic Universe (MCU) has become one of those films where the characters have become deeply ingrained into the celebrities.

In the MCU, it’s hard to dissociate Iron Man from Robert Downey Jr. or Thor from Chris Hemsworth. I’ll take a gander and say most people would refer to them by their character name rather than their actual names. That being said, Chris Evans will always be Captain America. Always.

When we think about heroes, we think about people of great ability and power. We forget that one of the aspects of being a hero is also being a role model. That’s what Captain America is, he is a role model and an inspiration to the world. His attitudes were given life by a capable actor and we have to give Marvel kudos for that. Sure, any other person can don the Captain’s suit but can they exude the morals that he stands for?

Evans exuded that, and like the Captain, he never let bullies get ahead. The BBC reported that Evans once called Trump a ‘puppet of Putin’ on Twitter and many other users responded to him positively, the same way the Cap stood up to Nazi Germany.

So, thank you Chris Evans for bringing Captain America to life. You portrayed a beacon of hope and exuded the morals the Captain stands for. You have also made kids like myself be more confident about being themselves and have a heart in a world that is sorely lacking it.

Keith has been #TeamCap since 1920