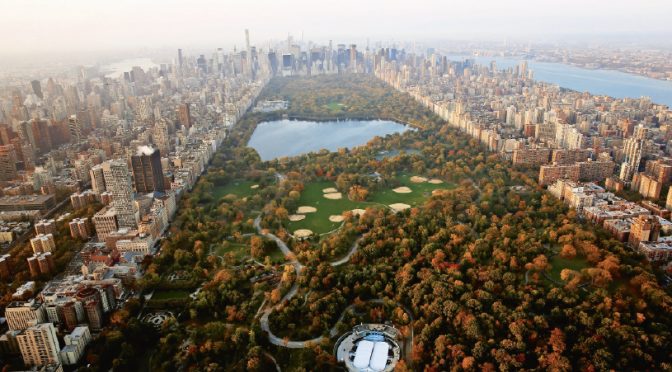 No shootings took place last weekend in New York, a  city of 8.6 million people. That’s because I was in the city, I thought, deluding myself as a mascot of peace. I don’t know why it should matter to me, but I like that the place was the safest it’s been in 25 years (according to CNN) the weekend that I was in town. I see myself harping on this fact.

I got in Wednesday night, flew out Sunday night. Being in the city for four days enabled me to see my friends — which is why I made the trip, a detour from a work gig. So, basically I hung with them and I saw a bit of Manhattan. Which doesn’t make for much of a travel piece, but works for me because tourism for the sake of it is a bore.

I wasn’t bored. My head swarmed with observations, some wistfulness, some stupidness. I was soaking in plenty, smitten by my surroundings, enjoying the company, the sight of dogs wearing socks, the footwear even of the pedestrians, the nip in the air, the overcast skies, the mizzle.

In Dubai, the weather app is pointless. It  was novel for me to check the temperature on my phone every morning before stepping out. Why would anyone sit home, right, when you can make hay and familiarise yourself with pockets of Midtown? And pockets were all I could manage in such a short while, with so much to see and four days to stretch.

How was New York, I was asked back in Dubai. Great! I replied. A meh for an answer to this pegs you as a loser. There is pressure to embellish your experience of NYC with, at the very least, enthusiasm. Even if what I felt was milder: pleasantness, delight at the weather, happy for the change of scene, a chance to air my winter clothes, and most of all, to get to see people I love. That is what I felt most chuffed about.

One morning, my friend with whom I was staying and I, walked past Columbus Circle. I saw a lady there with a slab of hair that was more dirt-matted and mottled than anything I remember seeing. She was leaning against the steps of the Maine Monument. People thought she was mad and steered clear. We did too. We walked a little ahead and took selfies  in front of the monument. When we saw how terrible we looked, we requested a hot dog seller to take a proper picture of us. He shot a few. I have those on my phone. I also have the terrible ones. One must know what the uncurated, ugly parts look like.

Like a good tour guide, friend duly pointed out all noteworthy sights -as we walked along Central Park South, past the Time Warner Center, the horse carriages (‘horse drawn cabs only’, a sign said) with tacky plastic flowers and pom poms behind their ears, which I found jarring.

How lucky to walk past these scenes every day, I gushed to my friend. She agreed.

I had by then stopped being surprised that pedestrians aren’t affected by the stop/walk signal. Cops don’t seem overly bothered to reign you in either. If it looks like no killer cab is about to run you over, cross the street.

I felt triumphant at having figured out 11 W 53 Street (the Metropolitan Museum of Art — MoMA) simply means be on Avenue 11, on street 53. My friend, who used to be terrible with directions when we were in school and college, was unerring in plotting where we had to go. It’s like a chessboard, she explained, just follow the grid.

As she told me how much she loves walking past these streets on her way to work, especially when Christmas lights are up (it cheers her), a horse tethered to a carriage sneezed loudly. Startled out of our skins, we laughed for the better part of a minute.

No one stole my umbrella

One afternoon, I went to The Met to meet a friend who writes cleaner sentences than anyone I know. Traffic was slow. I walked halfway, then took a cab. The Bangladeshi cabbie, I presumed, was talking to his wife.

At The Met, from the cafeteria where we were lunching — I wasn’t allowed to pay — I saw a squirrel with a strikingly fat tail leaping in the lawns.

Post our mozarella wrap, mediocre pecan and pumpkin muffin and unburnt coffee, we walked over to Georges Seurat’s Circus Sideshow, Monet’s Morning on the Seine near Giverny, and the Mummy of Kharushere. Gradually, we strolled out, onto Upper East, under umbrellas, to the subway, till one of us got off at Grand Central.

Between Grand Central and my stop, my eyes fell on a poem in the subway car. Notes on Longing by Tina Chang: “It smells of after-rain tonight…” I didn’t take a photo thinking the woman sitting under the poem might think I was being rude.

That was a social day. It was a good, almost perfect day.

I got off at Bleecker Street to meet another pal at 5.30 pm at McNally Jackson on 52 Prince Street. I didn’t want to go to a chain like Barnes & Noble. I had said to him earlier to take me to an indie bookstore.

It was raining lightly. I managed fine without data or Wi-Fi to find the place. All I did was ask a man selling umbrellas, which way  to Prince Street?, and he told me, go straight. I arrived at the store, retracted my borrowed umbrella (black and white polka dots with one broken spoke), upturned it, spun it dry as I entered the store and lay it by the entrance where others had placed theirs, half expecting it to get filched, half expecting to not remember it on my way out.

In half an hour of browsing, however, when my friend hadn’t shown up, I asked a bookseller assistant if they had Wi-Fi in the store. “Unfortunately, we don’t, sawwrry!” I told him thank god, thinking everyone is so polite, all this small talk. Must get maddening. I felt guilty about how I am not always chatty with cabbies in Dubai.

Soon, my friend sauntered in, drizzle drops on his suit, swinging a leather  laptop case. “Weren’t you worried that I wouldn’t be here?” I asked. “No, why would I be worried? You speak English.” Nice to be credited with resourcefulness. Although I was relieved he had arrived because I didn’t want to take myself to a Starbucks, tap into the free Wi-Fi to find out why he was delayed.

We bought books, and before we headed out to a place nearby — we were in SoHo — I remembered to collect the umbrella.

For the most part, my low crime weekend wasn’t touristy. I didn’t see the Statue of Liberty. I didn’t go to Macy’s. I did walk into a Duane Reade, for my love of wandering around pharmacies, in search of the unfamiliar or not easily obtained. Burt’s Bees!

Since I hadn’t visited New York in the fall, I was taking in the pumpkins on display everywhere, big and tiny, arranged at store fronts; Halloween around the corner. I paid attention to earth tones, the not yet full-blown change of leaf colour in the city.

One windy afternoon, I spent time alone on a bench in Central Park, in the shade, feeling cold, wanting to get up but too lazy to, pigeons teetering at my feet, jetlag sweeping over me.

A polite, lanky boy came by and said, how you doin’ sister, fist bumped me, and asked if I wanted to contribute to a basketball fund. I said sorry, no. He said, that’s alright, and wished me a good day.

To my right, a father cooed in Arabic to his young son in a red T-shirt. The boy was playing with a toy truck on the slat of the bench, pushing it away. It reached me. I tried to roll it back. The boy laughed, delighted that an adult (me) didn’t know something he had already learnt. The father smiled, apologised for “disturbing” me. I said it was quite alright. Father explained: first pull the truck towards you and then let go. I pulled the truck to me, then let it go. I did that. This time, having gained traction, the toy speeded to the kid, and from his end of the bench, he shrieked happily.