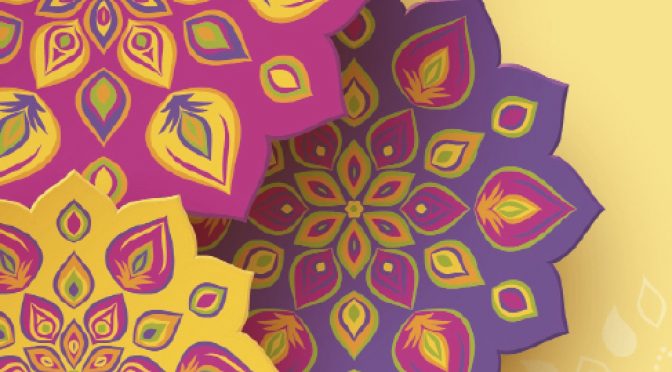 Growing up in the 70-80s in the country’s south, India was merely a concept we read about in text books. The patriotic pledge that we chanted at the school assembly, especially on Independence and Republic Day, stated: “India is my country and all Indians are my brothers and sisters.” It was a reminder that we are links in the long chain of a great system that everyone called democratic, secular and federal.

Hindi as the compulsory second language helped me consolidate the parochial belief that there were two language belts in India, and one definitely had an upper hand. We didn’t know where the divide began and ended. My father could speak both Hindi and Marathi fluently. My neighbour spoke both Kannada and Tamil. We were too young to know. Besides, we grew up in the pre-television era where our only brush with patriotism was when we forgot to switch off the Hindi news bulletin that relayed the epochal lines Yeh Akashwani Hai. Ab aap Devki Nandan Pande se samachar suniye (This is All India Radio. Devki Nandan Pande will now read the news). In school, Tulsidas ke dohe and Kabir ke dohe (couplets of Tulsidas and Kabir)were a bitter potion shoved down my throat by a teacher named Panicker, whose unfriendly demeanour reminds me of the feared college principal in the Bollywood flick Munna Bhai. No one asked why my senior secondary score in Hindi was 35 out of 100.

The North-South cultural divide was more conspicuous in the number of school holidays lavished upon kids in the Hindi belt. As backbenchers who were more keen on holidays than studies, we sensed a Brahmanical conspiracy against southern kids. We felt like children of a lesser God. Traditionally, Kerala got to enjoy four occasions: Onam, Vishu, both Eids and Christmas, whereas Delhi-based Malayali kids who came home to spend their vacations told us about the scores of other holidays in the north. As a case in point, they referred to the nationalised banks operating in my village that stayed shuttered every now and then. The discrimination in the distribution of school holidays across India, according to us, was against the democratic principles we chanted at the school assembly.

Unfortunately, Kerala had no grand celebrations like Ganesh Chaturthi, Diwali, Holi — until Hindutva advocates recently adopted them in the south, which witnessed a sudden spike in the involvement of women in religious activities. The right wing always came through the kitchen door. Though we had Karthika Deepam, equivalent to Diwali, there wasn’t much of a celebration. Dusshera was probably the only festival we shared with the North. And those were the holidays we looked forward to because Dusshera, (Pooja as it was popularly known) gave us a complete break from the books. In the afternoon, when the school was closed for Pooja, we dumped the books and stationery in the prayer room, where they would stay untouched for at least three days. We would declare the prayer room a no-go zone as it wasn’t desirable to touch one’s tools — books in the case of children — during Dusshera.

But we weren’t content with the three-day break. If Dusshera was celebrated for nine days in the North, why should we be denied the same privilege? We petitioned our parents that according to legends, books shouldn’t be touched for seven-nine days.

“The Delhi kids on vacation.”

“What are the consequences?”

There weren’t many takers for our make-believe stories as the clan wasn’t too religious. Yet a hard bargain always got us a day or two of extra blissful book-free days. All’s fair in the fight for holidays, we believed. We were such a cruel bunch of students who even prayed for sheeting monsoon rains so that flood victims would come and occupy our classrooms. It’s a pity that in a state dotted with over 2,000 temples, kids have to stoop so low to win their right to holidays.

It was such sweet nostalgia and an itch for a total break that woke me up in the morning of the last Dusshera day in Sharjah. Since there’s no breakfast served before a bath on religious occasions — a not-so-holy in-house fatwa — I emptied two buckets full of water to purify myself.

With an eer-ezha thorthu, or double-strand cotton towel, tied around my waist and a dab of sandalwood paste on my forehead, I felt lost in more ways than one. I had been so far from culture, traditions and faith that I had no idea where to start. In the back of my mind I was searching for my tools of work to submit to worship. What’s the tool I work with? I don’t use a pen anymore. I don’t keep exercise books at home because our kids are no longer in school. There isn’t a library, except for a medium-sized corrugated box full of books left behind by my son. I mostly write on the computer while at home or in the office. And on my smartphone while on the move or in a pub. My phone is like my office, ten WhatsApp groups represent each department. Then there are the three alumni groups of friends from school and college days, and a much wider group of the Pattali clan. The office groups are so active I wonder how my fellow journalists get any sleep at all.

Another tool of work that I keep close to my heart is a palm-sized notebook where I jot down new words and phrases I come across or the outline of my stories. I keep it by the beside so that I can note down the stream of thoughts that visited me in my sleep. Can I call my laptop, smartphone and diary the tools of my life? Who do I ask? Isn’t it silly to ask anyone such religious matters? I had no guruji in my life and I always believed work is worship. After a few minutes of brainstorming, I switched my smartphone to silent and cast it away in a corner of the bedroom with a daub of sandal on the screen protector. I wanted to incarcerate the gadget for a full nine days (the duration of the prayers) with no rings and alerts. I wanted to believe for once that I would really go blind if I lay my hands on it for those nine days.