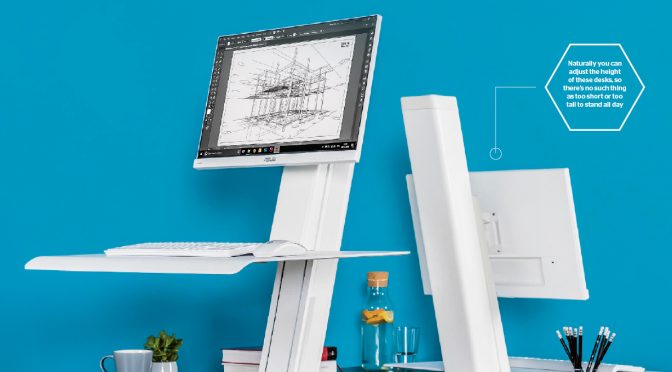 Sitting is the new smoking! I keep reading this catchy if a tad dramatic phrase. Last year, when I first came across it, I perused articles in medical sites, in features sections and so on, with bleak quotes from doctors. All of them said the same thing: basically, get moving or die faster. By moving, you would cut your risk of heart disease in half. And if only you didn’t vegetate so much, even cancer could be pushed away (some of these claims are best taken not too seriously).

Webmd said: “Scientists first noticed something was up in a study that compared two similar groups: transit drivers, who sit most of the day, and conductors or guards, who don’t. Though their diets and lifestyles were a lot alike, those that sat were about twice as likely to get heart disease as those that stood”. This served as validation for me — for remaining standing during my daily commute, even when there is a seat vacant on the metro.

There has been talk recently of standing desks, lists of the best standing desks, different types of these new lifestyle props, and due health benefits associated with adopting them. I thought of getting one, courtesy another frightening report, of how one could acquire Deep Vein Thrombosis if blood started pooling in the legs and feet. Yiikes. You need to get the blood circulating, as everyone who walks up and down the aisle on long-haul flights knows. (Those people who stand at the back bent over by the loos, touching their toes? They know what they’re doing.)

A couple of weeks ago, an ergonomics company offered to have one temporarily installed at my work station. I was game. So a white standing desk was installed. Colleagues swung by and said, hey, what’s this, what’s going on, and proceeded to lean on it to check how sturdy this thing was.

There were initial hiccups. The screen of my desktop was too heavy for the standing desk to bear its weight, effectively rendering it useless. So I brought my laptop to work and placed it on the standing desk and put in a few hours a day standing. All office software, however, was on the desktop, so I was alternating between laptop, on which I could type and edit, but other work, like making pages (the lot of us newspaper types), was confined to the desktop.

After every 45 minutes, I would sit, and remain seated for another 45. I wished for a barstool to lean against. Still, I was standing more than I would otherwise, and feeling very virtuous about it.

Should you get one for yourself? Try a temporary one before shelling out good money. Maybe put in a couple of hours at your kitchen counter as practice. Make sure your eyes and screen are aligned. You don’t want to be stuck with a wonky spine.

In the fortnight that I had the desk (now it’s gone back to where it came from), there would be the odd day when I would ignore it — all the times I wasn’t working on the laptop. I admit, I also used the standing desk as a coffee cup holder and dump yard for loose A4 papers and old newspapers. It wasn’t a good look. Still, happy that I have no blood clots in my feet to report, neither as a result of sitting or standing.

Consider getting a standing desk.

The QuickStand Eco, for Dh2,599, is available at the PRO TECHnology store at the Boulevard retail area of Emirates Towers