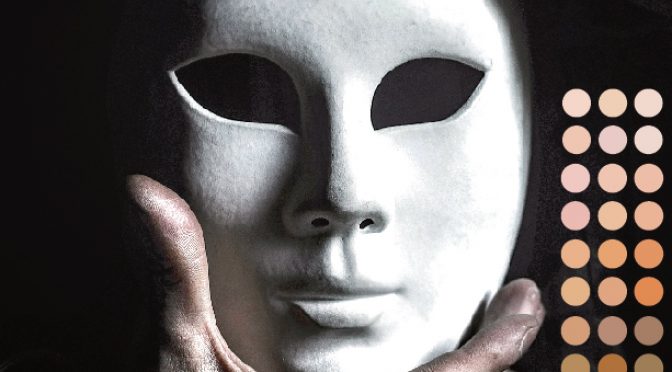 I’m a racist. A casteist, too. I guess we all are, in one way or the other. It’s a truth we vehemently deny because we don’t have the guts to be candid. We want to present ourselves as the most civilised and refined lot. We masquerade as messiahs of tolerance and harmony.

For once, be genuine. Take a deep breath, look inward and ask yourself, “Am I a humanist with no strings attached?”

I don’t expect an overwhelming ‘yeah’, but that’s quite human. We may call ourselves tenacious modernists, but traditional upbringings and lessons of life have conditioned or corrupted our cognitive fields. Casteism is induced into us from a young age. Having grown up in India — and in a communist family — I had tried my best to become a humanist but I ended up being a casual casteist. Because I am a product of a flawed society that wouldn’t abolish the caste system.

Caste and race rear their heads in every moment of our decision-making process, and we succumb to their forceful commands. I had never been encouraged to discriminate based on caste, creed and religion but the fact that despite my family’s communist affiliations, farm hands being served food on the outer veranda was a sight that still baffles me. And it pains me. Ideals are conveniently barricaded outside our compound walls. And that’s the case in most families. When I grew up and became friends with a Dalit (considered a lower caste) during my vacations in India, our friendship was frowned upon by people from my inner circle.

Historically, racial inequality in America and the United Kingdom has its parallel in caste inequality in India. Like two sides of the same coin. If you are discriminated based on your looks, it’s racism. If you are discriminated based on the caste you are born into, it’s casteism. In the case of India’s Dalits and America’s Blacks, the narrative is the same. The discrimination, exclusion, inequity, marginalisation and segregation perpetuated by the menace are based on the malevolent notion that dark skin is impure.

Though the Indian constitution bans discrimination, newspaper headlines like ‘Dalit man killed for owning horse’, ‘Dalit boy beaten to death for plucking flowers’, ‘Pregnant Dalit woman killed for ‘defiling’ bucket’ are quite commonplace. In modern India’s not-so-civilised corners, Dalits are still not allowed to drink from the same wells, go to the same temples, or drink from the same cups in tea stalls. Casteism is pervasive and entrenched in Indian society.

In America, cultural and political segregation continues to thrive under the leadership of a president who has come to power riding an unprecedented wave of racism. According to the US Census estimates, Blacks made up just 13 per cent of the population. However, in 2017, they accounted for 23 per cent of all those killed by police. In other words, Blacks were the victims of the lethal use of force by police at nearly twice their rate in the general population.

Killings are just one side of injustice. Racial intolerance and casual casteism have begun to thrive in public places the world over. The latest case in point is a viral video of a White man racially abusing a fellow passenger on a Ryanair flight at Barcelona airport. According to The Independent, the victim, 77-year-old Delsie Gayle, was targeted after she was unable to move out of her aisle seat quickly enough to let the unidentified man sit down in his window seat. The man can be heard calling the elderly woman an “ugly black b….”, and shouting “don’t talk to me in a foreign language you stupid ugly cow”.

The victim can be heard telling the man he stinks and needs a wash. “I feel really depressed about it. I haven’t done anything for him to attack me because of the colour of my skin,” she later told ITV News. This White man has crossed a red line and proved not worthy of being called a human being.

A lot of us end up practising less provocative or less intense discrimination in our daily lives. In a survey conducted some time ago in India, 30 per cent of Hindus admitted to practising untouchability, refusing to allow Dalits into their kitchen or to use their utensils. Shockingly, the system is also practised by Sikhs (23 per cent), Muslims (18 per cent) and Christians (5 per cent). In theatres, we tend to move a seat farther if we find a Black or a Dalit sitting beside us. Some people in India tend to take out a tissue and clean the seat vacated by a Dalit-looking patient in a clinic. Others bathe kids in Dettol if they find them  playing with dark-skinned children.

How many people wouldn’t think a hundred times if a daughter expresses her desire to marry a Dalit or a boy from another religion? They would probably set their homes ablaze at the very thought of it. How many would share a meal with their servants? How many would vote for a candidate outside their religion? Most wouldn’t.

Affirmative action has not yielded great results. Apartheid in South Africa was confronted with international sanctions. Unless we bring about tougher legislation to end the discrimination, or abolish the caste system, this cancer won’t fade away on its own. Until then let me dream that there will be a deluge and a new breed of mankind will arise — whose religion would be humanity.